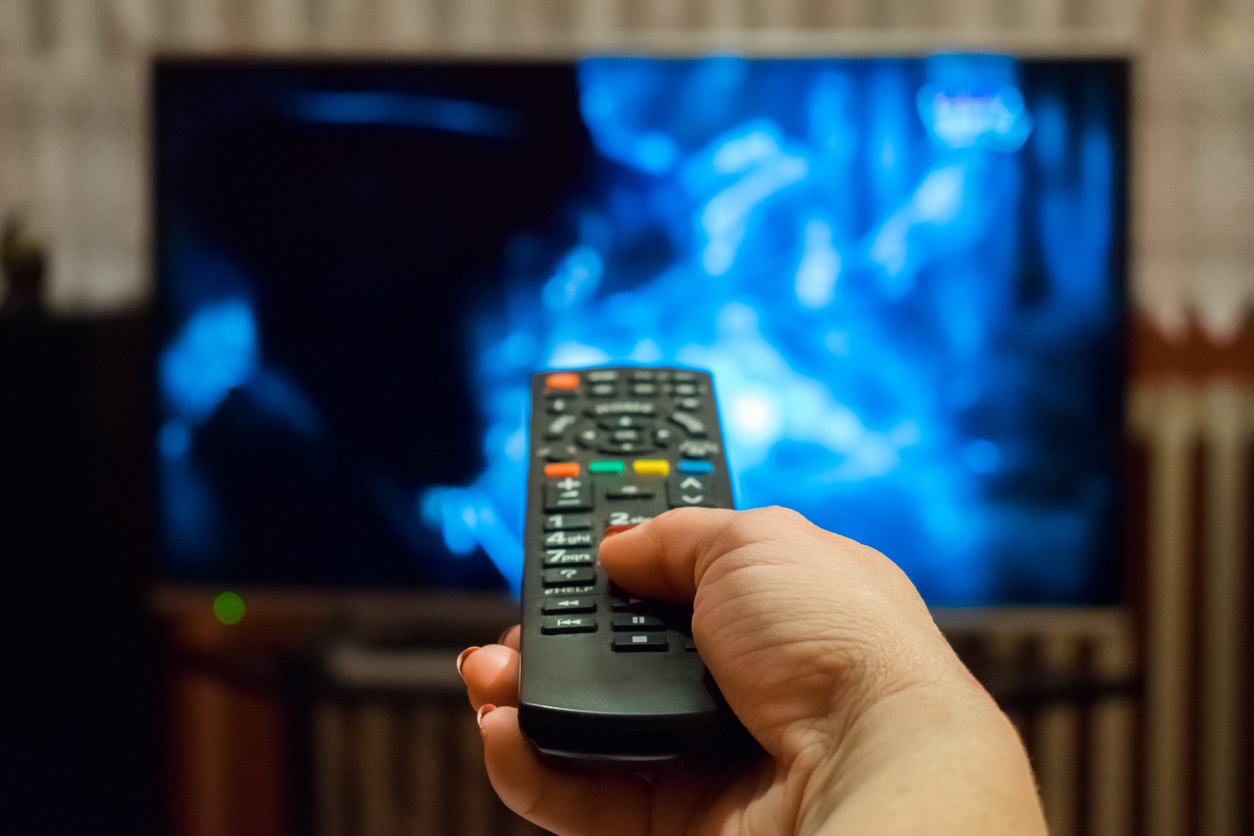 In the 1970s, communications professor George Gerbner coined the term “mean world syndrome” to describe the effect that depictions of violence can have on the perceptions of those who view them. Gerbner hypothesized that people who viewed violence in media could experience anxiety, fear, pessimism and an increased sense of awareness to perceived threats. In other words, he suggested that people who view lots of violence in media may perceive the world to be more dangerous—or “meaner”—than it actually is.

Violent crime has been steadily decreasing in the United States for decades.

At the time Gerbner coined the term “mean world syndrome,” violent crime was on the rise. His work emerged out of the Cultural Indicators Project (CIP), which began in 1968 and studied the effects of media on people. Over the next decade, murders in the United States reached their highest levels in decades. Property crime also reached its peak in that era by 1980.

But over that same time, Americans’ perceived levels of crime in the country went up.

The overall decrease in crime that began during the 1990s did not, however, lead to Americans feeling safer. In fact, the opposite happened. Gallup conducted annual polls about perceived levels of crime beginning in 1993. In 20 out of 24 of those polls, at least 60% of adults in the U.S. said that crime was on the rise at the national level from the year before. This increase over time is inversely correlated with actual crime rates.

However, Americans were a little more aligned with crime rates in their own communities. Those same Gallup polls also asked people about their perception of violent crime in their area. In each of those polls, fewer than 50% of respondents said that they thought crime was increasing in their area.

Perceptions of violent crime appear to have some correlation with the portrayals of violent acts and crime in media.

The decades that followed the 1990s would put Gerber’s “mean world syndrome” theory to the test. As crime rose in the 1960s and 1970s, so did the amount of violence depicted in popular media. But when crime rates started to drop in the 1990s, violence on television and in movies didn’t. One Stetson University study from 2015 compared the number of homicides in the U.S. to the rates of homicides in movies. It found that just as murders started their downward trend in the U.S., they spiked in movies. After a short downward trend, the on-film murder rate rose significantly in the 2000s as the real-life murder rate leveled out.

While it is hard to quantify, the advent of cable television and, as a result, 24-hour cable news also increased the presence and availability of real life crime on television news. Prior to 1980, most Americans had access to newspapers, local news and 30 minutes of national network news. After CNN’s debut in 1980, Americans could tune in to the news at any time and be subjected to reporting and images of crimes from around the country. With 168 hours of television to fill each week, cable news networks could turn to violent crimes—sensational in their very nature—to attract viewers and keep them interested.

Perception of violent crime has now reached its highest level since 1993, despite crime rates being low.

Each of these trends has more or less continued through to the present day. In Gallup’s most recent poll in 2020, 78% of respondents said that they thought crime had increased over the prior year. That is the highest percentage since 1993. But at 38%, people polled were also less likely to say that local crime had increased over the last year than at any point since 1993. The result is the greatest disparity between these two data points at any point in the last three decades.

It’s worth noting that overall crime did increase in 2020. One researcher found that murders increased by 36% on the year from 2019 to 2020 across the country. A preliminary report by the FBI gave a more conservative estimate of a 19% rise in the first half of 2020. In either case, the rise in perceived crime did correlate with a rise in actual crime during this one period.

But it is also worth noting the media environment of 2020. Images of protests and violent clashes with police dominated televised, print and digital media for most of the summer. The rise in perceived violence also accompanied a time period in which depictions of violence and crime were omnipresent.

Mean world syndrome could have lasting implications in politics and policy.

It is dangerous to try to establish causation without much, much more data at hand. That’s especially true when working with big, complex topics like crime and public perception of that crime. But the correlation between the presence and accessibility of crime and the perception that crime is getting worse at the national level is strong. Simply put, more people in the U.S. today believe that the crime rate is going up, despite the opposite being true for the most part.

When George Gerbner began his work, Americans had a limited number of broadcast channels to watch at home. He continued his work until his death in 2005, shortly before social media and smartphones became ubiquitous. Today’s media consumers now have social media, streaming services, internet news and other channels available to them. With each of these channels, there is yet another opportunity to take in depictions of violence and crime. With those depictions comes more feelings of anxiety, fear, pessimism and a heightened awareness of perceived threats.

These feelings are not without consequence. Studies have shown that people who feel safe are more likely to accept more progressive social attitudes. People who feel afraid or anxious, on the other hand, were shown to be more likely to align with conservative viewpoints. It’s not difficult to see how these attitudes could correlate with how people vote. Indeed, mean world syndrome could drive real-world politics just as much as real-world politics drive mean world syndrome.