Alternatives to Traffic Stops Could Help Save Lives 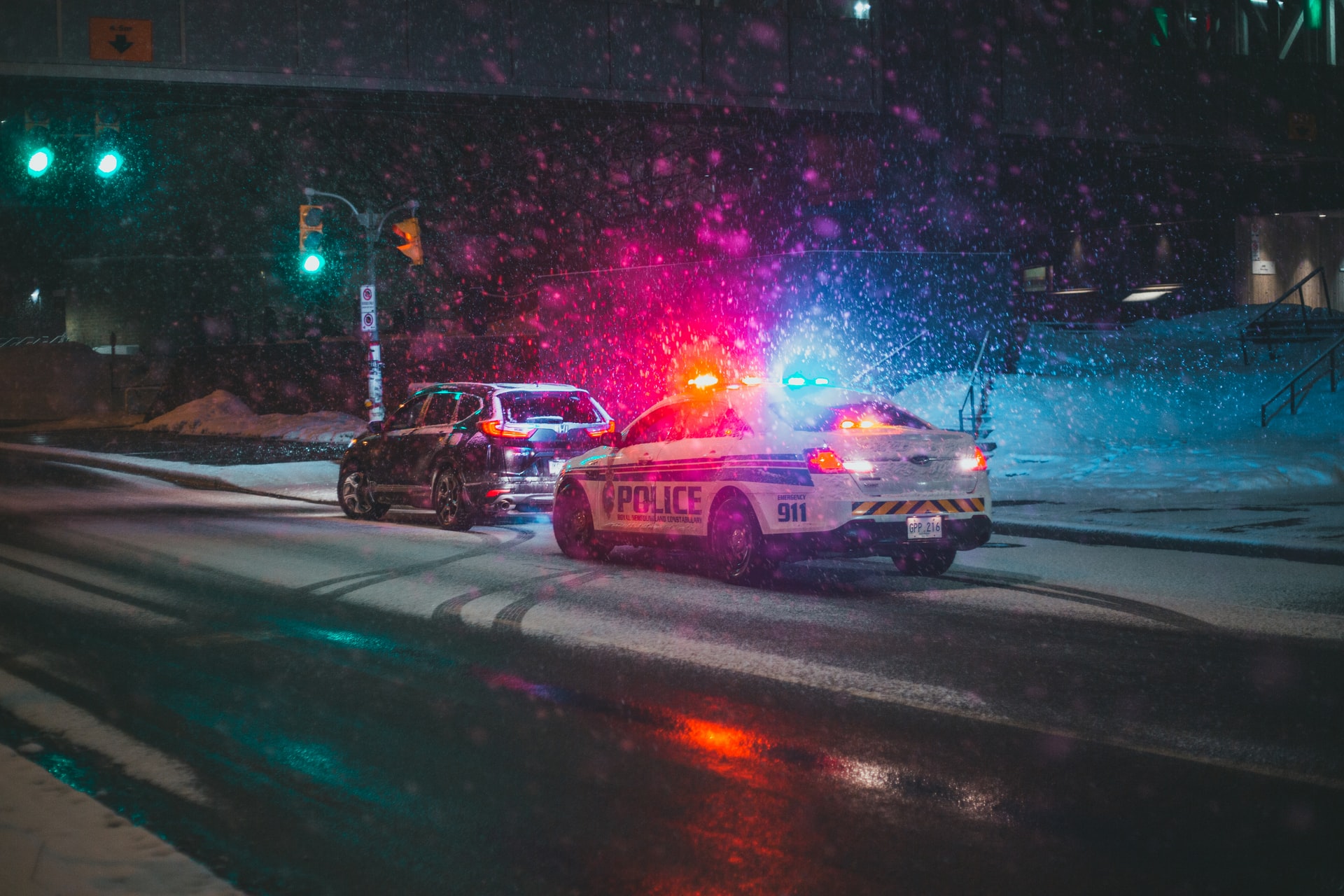 03 May Alternatives to Traffic Stops Could Help Save Lives

The killing of Daunte Wright put alternatives to traffic stops at the forefront of discussions about defunding the police. Police stopped Wright for a minor traffic violation, then shot and killed him as he allegedly tried to flee police. At the same time, video surfaced of police officers harassing and assaulting Army Lt. Caron Nazario during a traffic stop in Virginia. Some argue that citizens are safe if they comply during traffic stops. But others note how frequently traffic stops lead to violent interactions with police.

The rise in video evidence of violent police interactions has reinforced the fear that non-white communities have about police presence. It has also shown that traffic enforcement often escalates to arrest and even death. This is evident in the case of Lt. Nazario, who drove about a mile after officers signaled him to stop. He explained that he was afraid and wanted to stop in a well-lit area. Later in the video, officers ask him to exit the vehicle. He again indicates that he is afraid to get out of the car.

According to the Bureau of Justice Statistics, “the most common reason for contact with the police is being a driver in a traffic stop.” In their most recent report, data shows that over 61 million Americans encountered the police at least once. The report shows that interactions with police are increasing. It also shows that non-white Americans are more likely to interact with the police than white Americans. Though the percentage of respondents is relatively equal across demographics, 75% of Americans are white. Despite making up the majority of Americans, white people account for just 26% of police interactions.

According to Kelsey Shoub, one of the co-authors of Suspect Citizens: What 20 Million Traffic Stops Tell Us About Policing and Race (2018), “Black drivers were stopped disproportionately more than white drivers compared to the local population and were at least twice as likely to be searched, but they were slightly less likely to get a ticket. That correlates with the idea that Black drivers were stopped on the pretext of having done something wrong, and when the officer doesn’t see in the car what he thought he might, he tells them to go on their way.”

Racial profiling leads to more interactions between non-white Americans and police, even when it comes to traffic enforcement.

Shoub’s view reinforces what Black Americans say about their fear of interacting with police. By targeting Black citizens for traffic violations, many believe, police perpetuate a long history of distrust between Black communities and the police. Proponents of defunding the police point to traffic enforcement as an important area for reform. Alternatives to traffic stops would reduce the number of police interactions overall. And it would help address the bigger issue of racial profiling as well.

Jordan Blair Woods, a law professor at the University of Arkansas, proposes the creation of traffic agencies. These agencies could conduct in-person stops, as well as monitor traffic cameras and distribute tickets through the mail. According to Woods, this would separate traffic enforcement from police work. The traffic agency would not search vehicles or run warrant checks. Police, in turn, would no longer stop vehicles for broken tail lights, speeding and other minor traffic violations. Woods points to a BOJ report that indicates more than 84% of police-initiated contact begins with traffic stops to support his proposal.

Another alternative to traffic stops involves automated traffic enforcement. Sarah A. Seo, a law professor at Columbia Law School, suggests that automation would reduce police-initiated interactions. Seo invokes high profile cases like Sandra Bland, Philando Castille, and Maurice Gordon to highlight how dangerous traffic stops can be for non-white citizens. She uses these examples to support her argument for removing the police from traffic enforcement. According to Seo, almost 20% of traffic stops in New York are for speeding. Automation for speeding alone would significantly reduce police interactions.

Major opposition to removing police from traffic enforcement centers on the myth that traffic stops are inherently dangerous situations.

Both Seo and Woods address a pervasive myth that police officers frequently encounter violence or dangerous situations during traffic stops. Court rulings and police academy training materials perpetuate this myth. In essence, police departments invoke fear during training, using traffic stops to illustrate how the most routine interactions can turn deadly. The data, though, tells a very different story.

In a study conducted by Woods in 2019, he found that traffic stops are remarkably low risk. Over a 10-year period, Woods found that only one in 6.5 million traffic stops results in the killing of an officer. Even minor assault is rare, with just one in every 6,959 stops leading to assault against an officer. Seo references data from Florida law enforcement agencies to show that about 0.31% of traffic stops from 2005 to 2014 resulted in serious injury or fatality of a police officer.

A majority of Americans support alternatives to police-initiated traffic enforcement.

Part of Seo’s report describes a public survey in which Data for Progress asks this question: “Do you support or oppose moving most traffic enforcement to traffic cameras and non-police agencies?”  Respondents could rank their support or opposition on a scale from “Strongly Support” to “Strongly Oppose.” Researchers then disaggregated the data by political affiliation. Based on the results, about 51% of Americans support alternatives to traffic stops, while just 30% oppose the change. Democrats and Independents were more likely to indicate support, but more than one-third of Republicans also chose “strongly support” or “somewhat support” in their responses.

City council members in Berkeley, California, indicated support for a proposal that includes removing police from traffic enforcement. Though police will still conduct some traffic stops, they will deprioritize stops for minor violations and equipment violations. These include stops for not wearing a seat belt and expired tags. According to the proposal, police will focus only on traffic enforcement that impacts public safety. According to council members, racial disparities in policing drove their push for reform.

For Councilmember Terry Taplin, the hope is that the police reform package will be a first step toward restoring faith in local police. “There is a chasm of mistrust between communities of color and law enforcement,” he acknowledges. “Repairing that mistrust is going to take a lot of work.” Another council member, Rigel Robinson, echoed the importance of alternatives to traffic stops because traffic enforcement is the leading cause of police interaction.

While removing police from traffic enforcement will help, it’s not a cure-all.

Barbara White, part of the Berkeley NAACP chapter, explains that the reform package is only part of the solution. “These are good steps, but a lot more needs to be done to make sure we have police officers who are respectful of Black and brown people,” she says. Her concern is understandable, as the Berkeley Police Department is already pushing back against the reform measures.

According to the Berkeley Police Association, the reforms “will result in more and more paperwork, reducing police work that keeps our community safe and keeps officers connected with citizens. We want to work with our elected leaders and partners to strengthen the police-community relationship, but it can’t be a one-way street as the process of these recommendations suggest.” In part, this statement refers to a change that requires officers to have written consent before they conduct searches. This requirement is meant to address racial disparity in which traffic stops result in searches.

It’s notable that this statement pushes for continued police interactions, and it suggests that police officers and community members are on opposite sides of the street. And it’s clear that traffic enforcement fuels police-initiated interactions. Alternatives to traffic stops offer an opportunity to reduce the number of police interactions. But it won’t fix the problem on its own. As long as police officers view themselves as separate from the communities they serve, the chasm Taplin refers to will continue to grow. Only when police accountability becomes the norm can communities hope to rebuild trust in law enforcement.