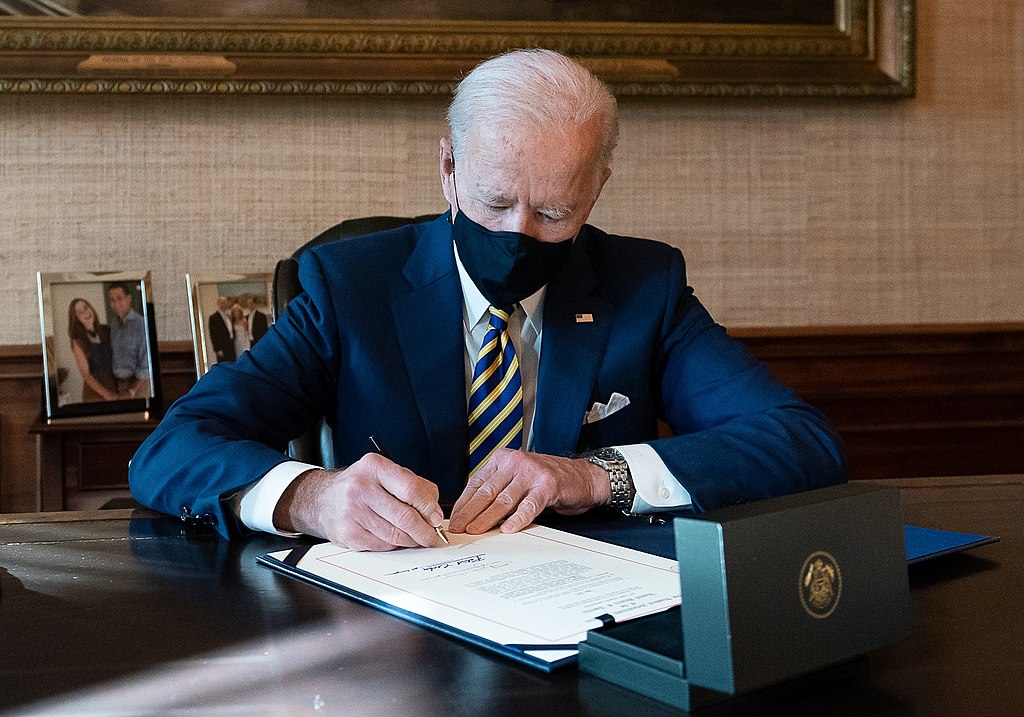 Earlier this year, the White House released its budget proposal for FY 2022. Within the budget, the Biden administration earmarked several justice reform items. And while defunding the police at the federal level isn’t part of the budget, the proposal does suggest a shift in approach to several areas of law enforcement.

Yes, the new budget does increase funding to police departments. But it’s complicated.

Since 2020, calls to “defund the police” have moved from the streets to the top levels of government. High-profile officials such as Reps. Alexandria Ocasio-Cortez (D-NY) and Ilhan Omar (D-MN) openly support the movement. And since 2020, at least 13 cities have announced plans to reallocate police funding.

But defunding the police won’t happen in FY 2022 at the federal level. The Biden administration plans to spend $1.3 billion to support law enforcement agencies. This is a $379 million increase over FY 2021, the last budget of the Trump administration. However, where those dollars are intended to go tells a more complex story.

One of the largest increases is a nearly $200 million increase in hiring grants for the COPS program. According to the DOJ, the COPS program “assist[s] law enforcement agencies in enhancing public safety through the implementation of community policing strategies.”

The budget earmarked space for the creation of a community intervention program.

One major line item is $100 million to what the White House calls the Community Violence Intervention (CVI) initiative. This initiative is a broad set of policies that runs across multiple departments. According to the White House, the CVI initiative aims to reduce gun violence by funding targeted programs in the Departments of Justice, Housing and Urban Development, Education, Health and Human Services and Labor.

For example, the initiative provides funds to the 21st Century Learning Center (21st CCLC). These centers help fund after-school and summer programs for students in underperforming or high-poverty schools. The administration says that these programs reduce violence by “support[ing] children impacted by trauma and reengage disconnected youth.”

One area of justice reform the Biden administration looks to tackle with the FY 2022 budget is decreasing incarceration. It asks for $35 million for the Justice Reinvestment Initiative (JRI). The JRI works to reduce state prison populations. Since 2007, the program has worked with at least 35 states. In that time, it has been credited with an 11% decrease in state incarceration. The Trump administration had previously tried to defund the JRI.
The new budget also allocates $100 million towards reducing juvenile incarceration. This funding goes towards addressing Biden’s campaign promise to make juvenile justice a priority.

But it’s not just juvenile incarceration. The FY 2022 budget earmarks $164 million for court-based diversion programs. This marks a $17 million increase from the previous budget. These diversion programs include drug courts, mental health courts and veteran’s courts. But FY 2022 also introduces a new $3.5 million grant for a Family-Based Alternative Sentencing program.

In addition to reducing the number of people who go to jail or prison after arrest, the new budget funds alternatives to arresting them in the first place. Over the next year, the DOJ plans to support the national Law Enforcement Assisted Diversion (LEAD) program.

Based on a program that began in Seattle in 2011, LEAD programs across the country work to reduce arrest rates. The administration is committing $190 million to LEAD’s Comprehensive Opioid Abuse Program. This program places an emphasis on diversion and treatment, rather than arrest and incarceration for drug use crimes.

Restorative justice reform and the public defender program also get a boost in the Biden adminstration’s budget.

The budget also seeks $77 million for the country’s indigent defense support programs. Of that, $25 million goes towards a new Public Defender Grant. An additional $40 million gets set aside for improvements to juvenile defense. It also calls for $12 million in new capital case and wrongful conviction review grants.

The FY 2022 budget doesn’t defund the police, but it does indicate a change in perspective.

Justice reform advocates hoping for defunding initiatives may be disappointed with the Biden administration’s FY 2022 budget. Indeed, it does not address several of the core issues of what many see as overstuffed police budgets. There is no effort in the budget to reel in spending on vehicles, combat gear and weapons.

But the changes in the budget are significant. They do reflect a departure from the last administration and from policies that Biden himself helped to enact in the 1990s. If the president gets what he is asking for, the federal government will invest hundreds of millions of dollars into programs that seek to reduce incarceration. This budget reflects a commitment to reverse course on policies that led to mass incarceration.

It also shows a willingness to invest in programs that address the root causes of crime and violence. These kinds of community-based efforts are exactly the kinds of reforms many defunding advocates have been asking for.

However, headlines can still read that Biden is increasing spending more on law enforcement than his predecessor. Devoid of context, that’s enough to ruffle plenty of feathers among people hoping for meaningful change. In order to satisfy calls around the country for justice reform, the Biden administration will need these budget items to translate to real action and real results.