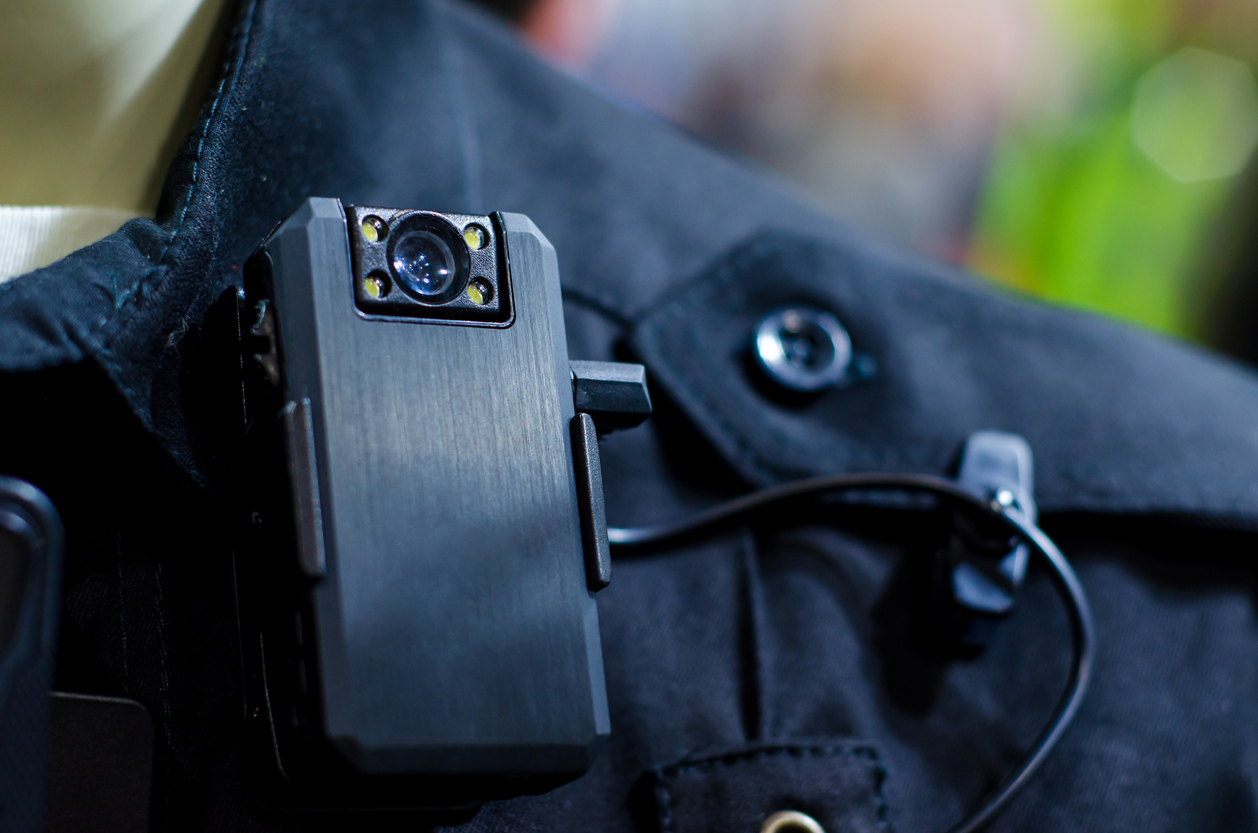 A body-worn camera (BWC) is a wearable camera. Clipped to a police officer’s uniform, they are designed to capture police encounters and violent crimes. These cameras are becoming a common problem for police officers. Vigilant people in the community tend to capture crime scenes as they see. For instance, in George Floyd’s murder case and many other high-profile cases involving police brutality, bystanders’ videos unfolded the truth. Every citizen has the right to raise their voice and contribute to providing justice to the victims. Community policing focuses on bringing that change to society. Moreover, it focuses on building a partnership of trust between law enforcement officers and the community at large, to combat misdoings. There is a lack of police accountability. The public seems to be losing faith in the police and community policing initiatives appear to curb these problems.

Studies have shown variation in police officers’ behavior with and without BWCs. For instance, a study by Urban Institute shows that “Officers with BWCs made slightly fewer arrests than similar officers without BWCs.” Similarly, research conducted by the University of Chicago Crime Lab and the Council on Criminal Justice’s Task Force on Policing shows that, when wearing a BWC, the use of force by police decreased by about 10% and a reduction in complaints against the police fell by 17%.

It is human nature to stay alert when monitored. Police officers know that body-worn videos are typically presented in court as evidence. Yet, they often hyperbolize by passing statements like, “You smell like alcohol” or, “Oh! He threw something into the bushes.” It is very simple for police officers to come up with such statements. Moreover, these statements become influential evidence. The court allows such statements because statements like these are admissible under the “present sense impression” exception to the general rule prohibiting hearsay. Consequently, this police behaviour makes a lot of stops and searches pretextual.

Community policing plays an important role in unfolding the truth.

Video recordings of abuse, captured by people witnessing the incident play an important role in convicting the culprit. For example, the video recorded by a bystander teenager, Darnella Frazier, of incidents of police brutality upon George Floyd, leading to his murder is remarkable. As per Phil Turner, a Chicago-based lawyer and former federal prosecutor: “The video, in this case, is extremely compelling.” Moreover, it was termed as “star witness” in the trial convicting the police officer, Derek Chauvin.

Incidents of police brutality have started movements like”Black Lives Matter“. A series of cases involving police shootings captured on cameras have been prevalent. This trend changed people’s perspectives towards the police. In fact, according to the Gallup poll conducted in 2015, 18% of Americans have no confidence or little confidence in the police.

Video evidence is a video recording of a crime via a video camera, mobile phone or CCTV footage. When presented in court it is termed as digital evidence or electronic evidence. U.S, courts widely use this form of evidence, in about 80% of crimes. Federal Rules of Evidence govern how digital evidence is presented in court. Besides, courts evaluate the relevancy, admissibility and authenticity of the video evidence. Police departments often own BWC footage. The Freedom of Information Act governs how and when BWC footages are public records. Each state Information Act has its own rules.

A clear case of police brutality may not always be clear.

Recording a video and presenting it in court as evidence does not convict the guilty. There are guidelines surrounding the lawful recording of video, clarity and admissibility. For instance, the Rodney King case explains how defense counsel might influence the jury in presenting video evidence. Rodney King, an author and activist, was brutally beaten by Los Angeles police officers. George Holliday, an individual filmed an 81-second video from his balcony and sent it to a local news station. This bystander video was crucial evidence in this case. Defense counsel presented this case like that of a “justified assault” which resulted in the acquittal of three police officers. The 1992 riots as protests were the result of this acquittal. Subsequently, the appellate court reversed the decision. A clearer version of this video was produced, along with supporting evidence. The prosecution reaped the benefits of the footage.

A group of 12 high school students from Northwest Pennsylvania Collegiate Academy won the Samsung Solve for Tomorrow contest for developing a voice-activated mobile app called “We’ve Got Your Back”. This app turns phones into body cameras and dashcams to “protect people advocating for social justice.”

Interrogating Justice had a conversation with Collegiate Academy’s math professor and mentor of this project, James Fleming. The idea evolved when he heard about the protests during George Floyd’s death. He asked himself, “How do we make sure that people who want to use their civil rights in a proper manner have that opportunity?” After brainstorming a couple of ideas, the students developed We’ve Got Your Back.

Features of We’ve Got Your Back.

According to Fleming, initially, a person needs to turn on this app and hit the record button. Thereafter, it records in a segment of four minutes and saves it to the memory of the phone. The app automatically starts a new segment and deletes the old segments and saves memory on the phone.

This feature is useful because a pre-saved buffer zone will always be there in the background. It allows you to see actions that happened before you could manually start your phone camera to record incidents. Students also designed a harness and sewed it to the back of a sling bag.

Moreover, this app can also be used as a dashcam which can easily be plugged in into a car. Dashcams are useful to cab drivers and people getting pulled over. Their intent was to have it activated by voice recognition, where you could say something like, “uh oh, trouble is starting,” and then the camera would go live and record full time, but these features are still in development.

As per Fleming, this app will most likely be available on the Google play store by the end of July 2021 and on the Apple Playstore shortly thereafter. Community efforts like this establish much-needed support and assistance to convict the guilty.

A shared burden of controlling crime among the police, citizens and other agencies is the best way of minimizing crime and disorder. Indeed, body-worn cameras are one such measure to protect the integrity of the truth. However, it is conditional on police accountability and obedience. Community policing efforts like recording videos of the crime scenes, aid law enforcement officials and prosecutors. Moreover, the evidence sought can unveil the truth and provide justice to the innocent. Nowadays, digital evidence is widely acceptable and prominent. Local authorities, volunteers, code enforcement officials and other government bodies must leverage their resources to “co-produce” public safety. Thus, promoting an era of community policing.