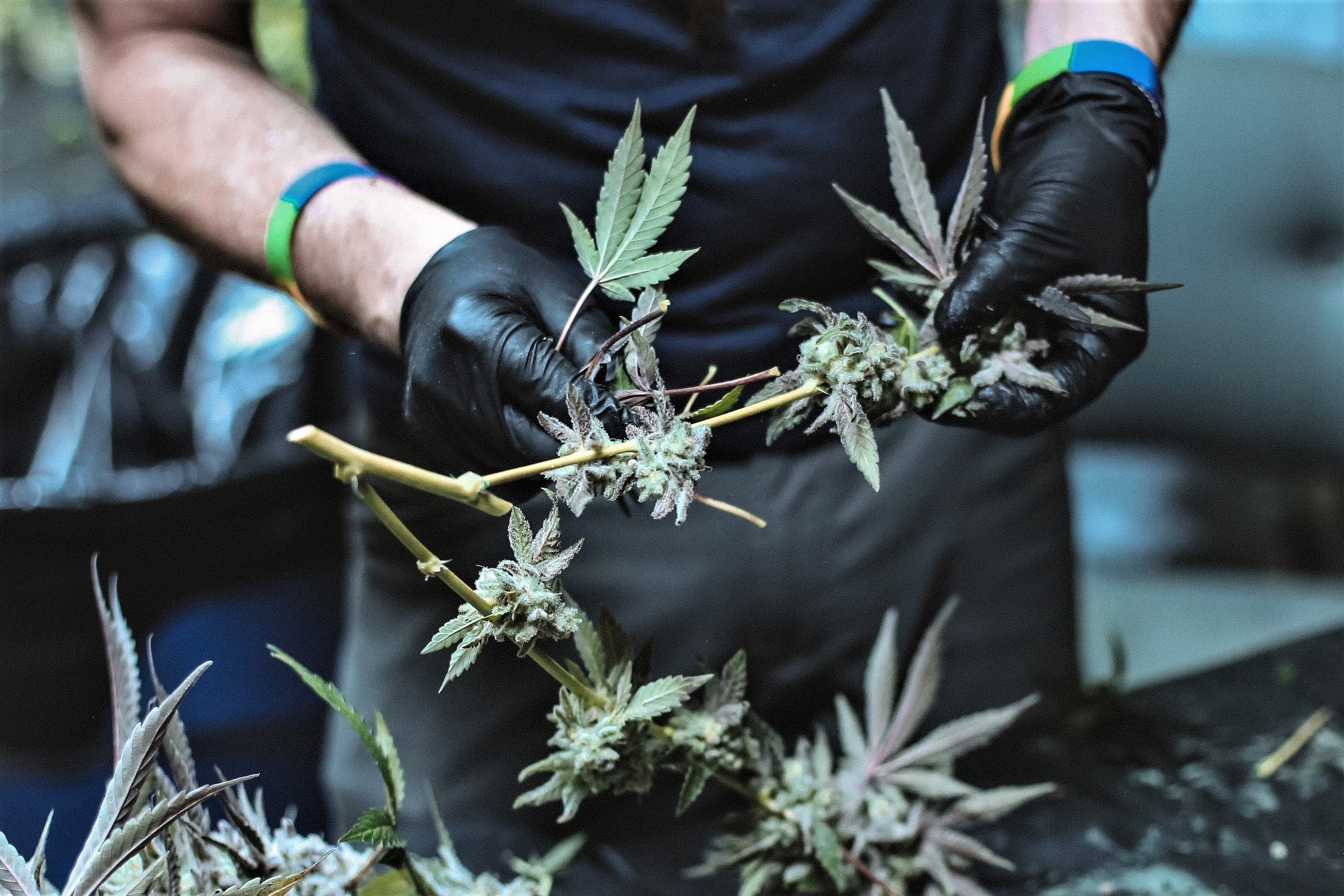 Janis Ramquist, NC NORML’s Governmental Consultant, Pro Bono, spoke with Interrogating Justice in April after legislators filed multiple legalization bills. At the time, she suggested that North Carolina would see a legalization bill “pass in the not-too-distant future.” When IJ reached out for comment about whether lawmakers had any progress on any of the bills, she responded that indeed they had. And that “the not-too-distant future” could actually be this legislative session.

After years of lobbying for NC NORML, Ramquist said she had expected that the bill might have already come to a vote by the time of our interview.

“I was hoping to have good news by now,” she said. “But also the budget disagreement between the house and the Senate complicates movement of other bills. So that is another aspect of things beyond our control.”

The entrance of big cannabis businesses has added additional complications.

Ramquist said that another reason for the delay may be due to the success of NC NORML’s lobbying efforts so far.

“NC NORML was making really good progress towards majority support for medical cannabis,” she said. “So much so that some cannabis companies took notice and hired some lobbyists. So that has complicated our progress. The more people involved in talking to legislators, the message isn’t always the same. And the concerns aren’t the same. Obviously [the cannabis companies] want to suck up so that they can operate in North Carolina.”
But Ramquist said that she and her group approached the issue from an entirely different perspective.

“I haven’t really gotten into the business end of the bill,” she said. “I’m concerned about consumers and patients; labeling, the fact they can get physicians advice as the decider. There’s increased almost weekly I see research on a different medical condition. There is now preliminary research being done regarding Alzheimer’s.”

Ramquist says parties are looking to make several changes to the law as written.

Of the legalization bills introduced during this session, NC S711 is by far the most restrictive. As written, the bill strictly defines a limited number of conditions for which marijuana could be prescribed. Ramquist says these restrictions are something she and others have been working to change.

“Our focus is making sure that the language leaves the decision up to physicians and that we have a less complicated certification for medical cannabis than is in that law right now,” she said. “It’s really physicians that should be making those kinds of decisions. There are new things all the time and I don’t think the legislature will enjoy us coming every year with the new research. So I think there really is open mind about, ‘Let’s let the professionals decide.'”

Ramquist says that another change they are looking to make is introducing labeling laws into the bill.

“The other item that we’re looking to have included is labeling, so that patients know what they’re taking,” she said.

NC S711 has Republican support, something it needs to pass.

Most conservative lawmakers in North Carolina have traditionally been opposed to legalizing marijuana for either medical or adult use purposes. But unlike other legalization bills on the docket this session, NC S711 was sponsored by a Republican—Sen. Bill Rabon (R-8). Ramquist says that side of the aisle is now much more open to the idea this time around.

“Actually the legislators that I’ve spoken with, even if they say they don’t want to vote for medical cannabis, they state that they recognize that there are medical benefits,” she said.

Her perspective on the situation is supported by comments made by Sen. Phil Berger (R-30), Senate President Pro Tempore. After suggesting that there was not sufficient support to pass a legalization bill in early April, Berger reversed course just weeks later.

“I do sense that public opinion is changing on marijuana, both medical and recreational,” he said to reporters. “I don’t know where the members of the General Assembly are at this time in terms of support for the bill, but it’s something we’ll look at and see how things move along.”

“I know it’s something that Senator Rabon for a long time has looked at the issue of medical marijuana, particularly how some people respond to treatment for cancer, with some of the cancer medications that are out there,” he said.

Berger’s support doesn’t automatically mean that the NC Compassionate Care Act will pass. But as the NCGA’s highest-ranking Republican and leader of the state Senate, it is unlikely that the bill would pass without it. That fact, among others, has given Ramquist confidence that this session could be the one in which North Carolina lawmakers legalize medical marijuana.

“I think that it will pass,” she said. “We do have a majority support in both houses. But there are other things that impact. I feel comfortable pursuing a vote on the bill with a higher than a close majority.”

But Ramquist was quick to remind that, while confidence is high, the work isn’t done yet. She says that there are a lot of moving parts “that can still affect it.”

“As always, people need to contact their legislators and say ‘I want access to medical cannabis. I want to make the decision with my physician and I want labeling so I know what I’m taking. And that the barriers to obtaining cannabis are not overly burdensome.'”