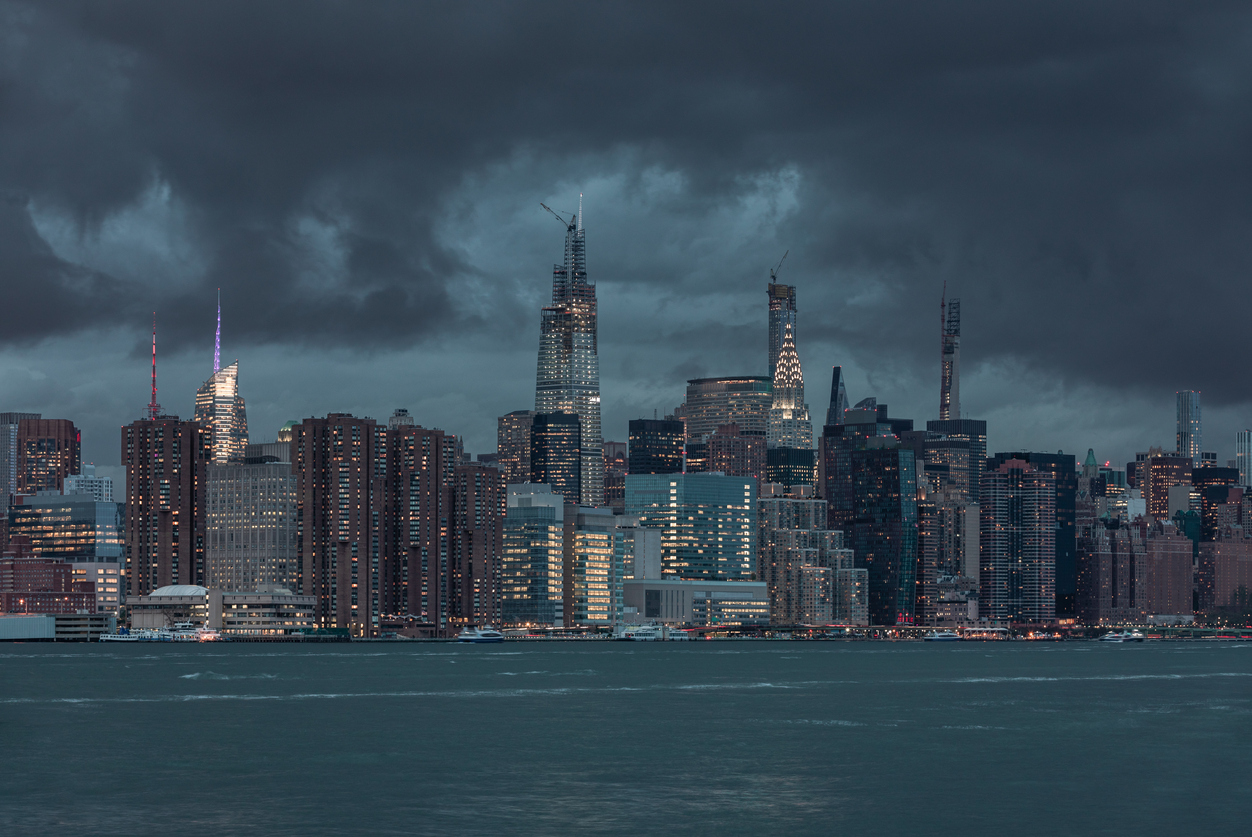 The conditions in New York City’s jails are unacceptable. A simple Google search shows you that they fall somewhere between an embarrassing disaster for the City and a full-fledged humanitarian crisis. The most high-profile example comes from Rikers Island, the City’s main jail complex.

In September, we analyzed how the unsafe conditions at Rikers — a dozen or more men in one intake cell; shower stalls converted into housing cells; garbage, feces, urine, rotting food and dead cockroaches all over the floors; and suicide attempts — were a predictable consequence of mass incarceration.

Thankfully, those horrific conditions got the attention of lawmakers and some mainstream media outlets. As a result, New York Governor Kathy Hochul released or transferred hundreds of people incarcerated on the island. But that didn’t deter other officials’ desire to send Americans back into those conditions anyway.

Later that month, we covered Bronx Supreme Court Judge Steven Lloyd Barrett’s snarky comment that “having a taste of Rikers Island” might be good for a defendant appearing before him, according to a transcript shared by the man’s attorney, Ali Najmi, on Twitter. But that state-court judge isn’t the only one seemingly ignoring the conditions in New York City’s jails.

The conditions in New York City’s jails got so bad that a federal monitor was appointed.

In 2011, a group of incarcerated people filed a lawsuit against the City for the conditions in its jails. As the University of Michigan Law School points out in its summary of the case, “[c]laims against the New York City DOC have been numerous and often successful over the past twenty-five years….” This one was no exception.

The City ultimately reached a settlement in that case. Under the terms of the settlement, New York City had to (among other things) be subject to a federal monitor. That monitor, Steve J. Martin, is a lawyer and national corrections expert. At the time, Martin had already served as an expert witness and a court-appointed monitor in other class-action lawsuits by prisoners against the City, too.

Back then, Mayor de Blasio voiced his support for the appointment of the monitor and the settlement as a whole. In a statement, he committed to making meaningful reforms because New York City had “a moral imperative to ensure every New Yorker in this city’s care is treated with decency and respect.”

Mayor de Blasio also committed “to bring[ing] real change to a correctional system plagued by years of abuse and neglect….” Ultimately, he said, the settlement “represent[ed] another strong step toward our goal of reversing the decades of abuse on Rikers and building a culture of safety for officers and inmates alike.”

Since Mayor de Blasio’s commitments to make meaningful reforms, to achieve “real change” and to reverse the decades-long abuse, not much has changed. Again, it was just a couple of months ago when New York lawmakers saw overcrowded cells (and showers); garbage, feces, urine, rotting food and dead cockroaches; and suicide attempts during a visit.

Even as COVID-19 has surged and resurges in New York City’s jails, Mayor de Blasio hasn’t come through with any tangible results to make incarcerated people safe. In fact, he did the opposite. At almost the exact same time that New York lawmakers witnessed the horrifying conditions at Rikers earlier this year, the mayor signed Emergency Executive Order 241.

Emergency Executive Order 241 suspended a number of different provisions set forth in the Board of Corrections Minimum Standards. Among others, Mayor de Blasio suspended provisions

According to the executive order, these steps will help address the deteriorating conditions in New York City’s jails.

And, as conditions get worse, Mayor de Blasio keeps extending those suspensions.

Mayor de Blasio issued Emergency Executive Order 241 suspending this laundry list of minimum standards in September. According to the order, it was only to “remain in effect for 5 days….” Although the order deserved criticism regardless of its duration, the short timeframe of it made it tolerable for most.

According to Mayor de Blasio, the purpose of the original order and all of the continuing versions is two-fold. First, the orders purport to “address the conditions at DOC facilities.” Frankly, it’s unbelievable that a mayor would claim that stopping people from shaving and getting haircuts would make the already-deplorable conditions in New York City’s jails better.

Second, the orders purport “to address the effects of excessive staff absenteeism and in order to address the conditions at DOC facilities.” Apparently the mayor believes that the City’s failure to hire jail employees who will show up to work warrants taking away the ability of incarcerated people to see loved ones, send and receive mail and talk to the media.

It doesn’t take a conspiracy theorist to understand what’s going on here. New York City can’t keep its jails safe. Rather than fix the unsafe conditions or hold those who create them accountable, the City has elected to punish incarcerated people even more by “suspending” the expressly labeled minimum standards designed to keep them safe. Every five days or so, Mayor de Blasio simply extends each suspension.

When the City settled the lawsuit over the conditions of its jails, Mayor de Blasio said the City had “a moral imperative to ensure every New Yorker in this city’s care is treated with decency and respect,” including those in its jails. He pledged “to bring real change to a correctional system plagued by years of abuse and neglect….”

As he gets ready to leave office in January, New York City’s jails are arguably worse than they were when he made those commitments. So, it’s objectively fair to say he clearly didn’t live up to them. And with the pro-prison record of Mayor-elect and former NYPD captain Eric Adams who is set to take over in January, it’s hard to imagine when the City’s jail conditions might actually get taken seriously.