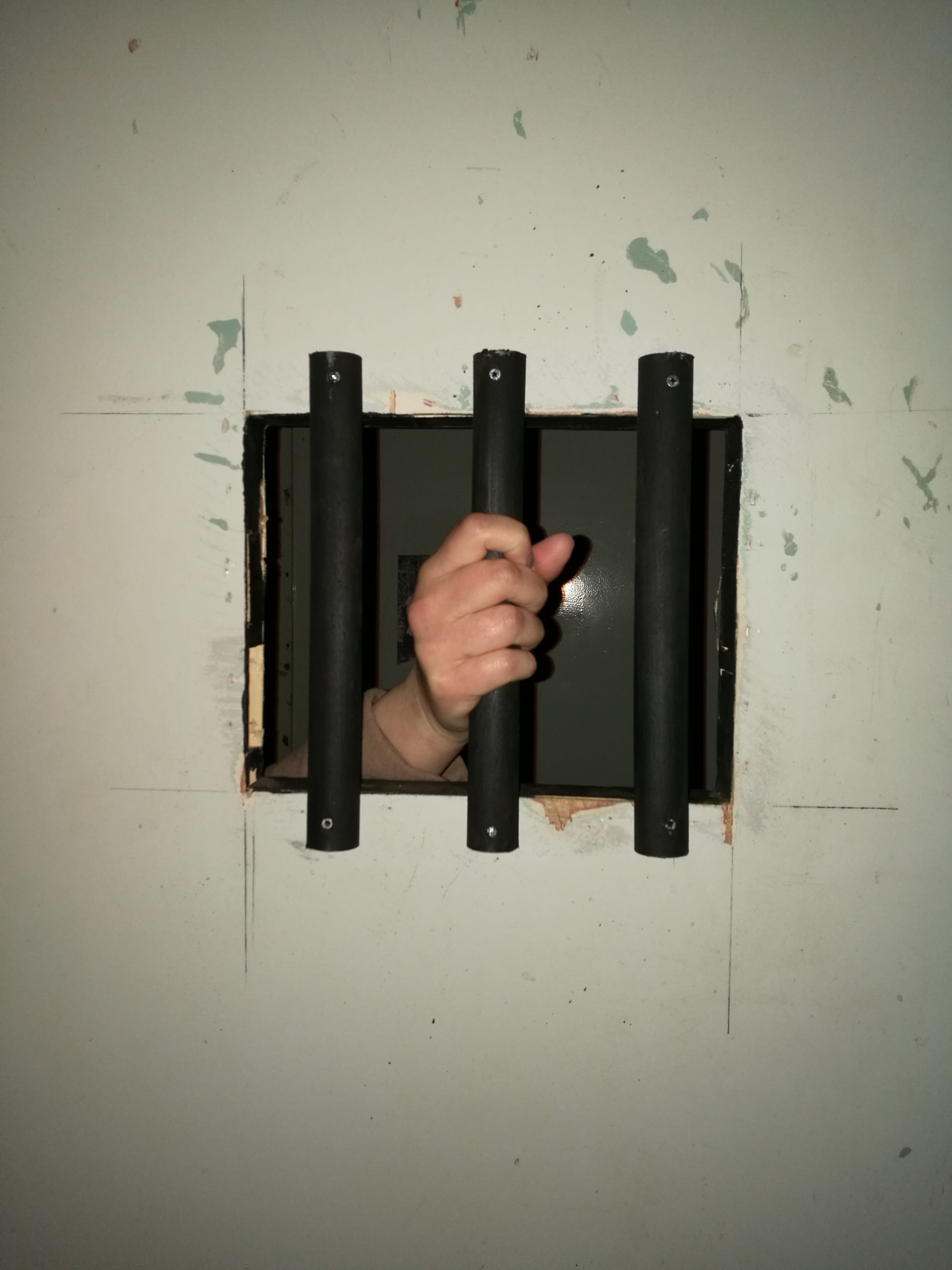 Rolling Stone. Esquire. Probably more. That’s where you’ll find long-form pieces about solitary confinement in Michigan right now. It’s not that often that high-profile publications pick up on issues as narrow as a type of incarceration in just one state. But the Silenced in Michigan website did it. As Esquire’s Charles P. Piece puts it, this “remarkable—and remarkably disturbing—website” makes Michigan “the capital of solitary.”

SILENCED raises up the voices of those in solitary confinement.

The website, titled “SILENCED,” provides a platform for “Voices from Solitary Confinement in Michigan.”

Scroll down on the homepage. And it asks you to imagine your loved one being locked in a parking-space-sized cement room. Then it asks you to imagine having no human contact, being surrounded by extremely loud yelling and screaming or nothing at all and feeling extreme temperatures. Next, the site makes your imagination a reality: “Sadly, this is the reality for over 3,000 families in Michigan, whose loved ones are forced to endure some form of solitary confinement in Michigan prisons each year.”

As SILENCED explains, Michigan law doesn’t limit the amount of time someone can spend in solitary confinement. When some people go into solitary in Michigan, they might never come up. Some incarcerated people in Michigan have been there for 40 years. There is nothing to suggest this will change any time soon. Even if you go to solitary for a minor infraction, officials could change your classification. And, without any meaningful oversight over the Michigan Department of Corrections, you could stay there for days, months or years.

SILENCED also showcases how Michigan’s solitary confinement disproportionately harms African-Americans more than anyone else. As the website notes, Black men make up just seven percent of the population in Michigan. Yet Black men make up 54% of the prison population and between 65% and 80% of the segregated prison population. The MDOC takes Black men from urban areas like Detroit, Flint and Saginaw and relocates them to prisons in predominantly white counties in northern and western Michigan.

The voices from inside on SILENCED will break your heart.

It’s impossible to do justice to the “voices from inside” on SILENCED by describing them here. You need to just go read them yourself. Take the time, a couple of hours at night or over the weekend, and just do it. Just a couple of examples will show you why…

You can hear from Jody Hill. She describes herself being “surrounded by guys screaming obscenities through doors all day, beating on the desk in their cells all night and fighting the hunger pains and depression that often drove a guy to paint his cell wall with his feces or bash his head into the wall repeatedly as he tried desperately to stop his mind from feeding on itself for lack of new stimulation.”

You can hear from Anthony Tolbert. He describes how “officers would place my food on the [door] slot and when I reach to get it they would dump the tray on the floor.” He also describes the officers telling him to “eat my food [a]t my own risk” because “they were spitting in my food, and I would find chewed tobacco under my potatoes and vegetables.”

And you can hear from Carlos Luciana Varnado. He describes how “[t]here is no ventilation system in the cells so my heart work extra hard to keep me breathing.” He talks about his “emotional state: anxiety, fear, sense of foreboding.” He explains how he “imagine[s] the worst possible outcome” and “feel[s] like I’m suffering, resentment, bitterness, irritation, frustration, rage.”

Even the voices that aren’t heartbreaking still break your heart.

But not all of the voices showcase how cruel the MDOC can be. Other voices remind you that, no matter how cruel officials treat them, the people in solitary confinement are still human—just like you and me. Brian Grimmett, for example, talks about how he “loves sports basketball and football.” He “likes cards,” “read[s] about politicts,” is “into Islam,” and “dream[s] of just being free, clean of this system,” and “[s]eeing about how to enjoy my life in society.”

Other voices, like that of Bradley Layman, show how steep the uphill battle can be. He recalls how “close [he was] to completing parole,” how he “was sober,” “was working” and “was in a healthy relationship [he] believed was going to lead to marriage.” But then his “world fell apart.” He “found out [his] father, [his] only family outside of an Autistic Brother, was diagnosed with liver and colon cancer.”

It is voices like these that SILENCED wants you to hear.

Now, high-profile media like Rolling Stone and Esquire are raising those voices, too.

Last week, these voices got a little bit louder. On June 8, Rolling Stone’s Tana Gavena published a long-form piece on SILENCED. The following day, on June 9, Esquire’s Charles P. Pierce published a similar piece. Pierce notes that there are roughly 3,000 people—maybe more—sitting in solitary in Michigan. And some of the people sitting in solitary have been there for more than four decades.

These national pieces come just months after the Detroit Free Press’s Paul Egan published a piece discussing the Citizens for Prison Reform’s Solitary: The Family Experience report earlier this year. As Egan points out, the report indicates that more than 3,200 Michigan prisoners spend more than 2o hours each day in isolation. That’s almost 10% of the state’s 33,370 prisoners.

The more-than-3,200 figure includes 835 prisoners in administrative segregation, 319 in temporary segregation, 130 in punitive segregation, 890 in the highest-security classification, 102 in acute mental health units and 26 in observation units because they were purportedly at risk of harming themselves or others.

Unsurprisingly, the MDOC takes issue with that figure. “This group is using their own definition of restrictive housing to make the numbers look bigger,” MDOC Chris Gautz said at the time. According to him, only those in administrative, temporary or punitive segregation would technically count, cutting the number by around 1,000. According to him, the relevant definition for solitary requires 22 hours, not just 20, of in-cell time per day: “That standard is typically defined as 22 hours or more in-cell each day.”

Criticism of solitary confinement is getting louder. Organizations like the ACLU are actively pushing lawmakers to make changes to longstanding solitary-confinement practices. Some lawmakers have even proposed significant changes. But recent progress has been slow. And, without public pressure, it seems officials will leave the voices in solitary silenced for as long as they can.