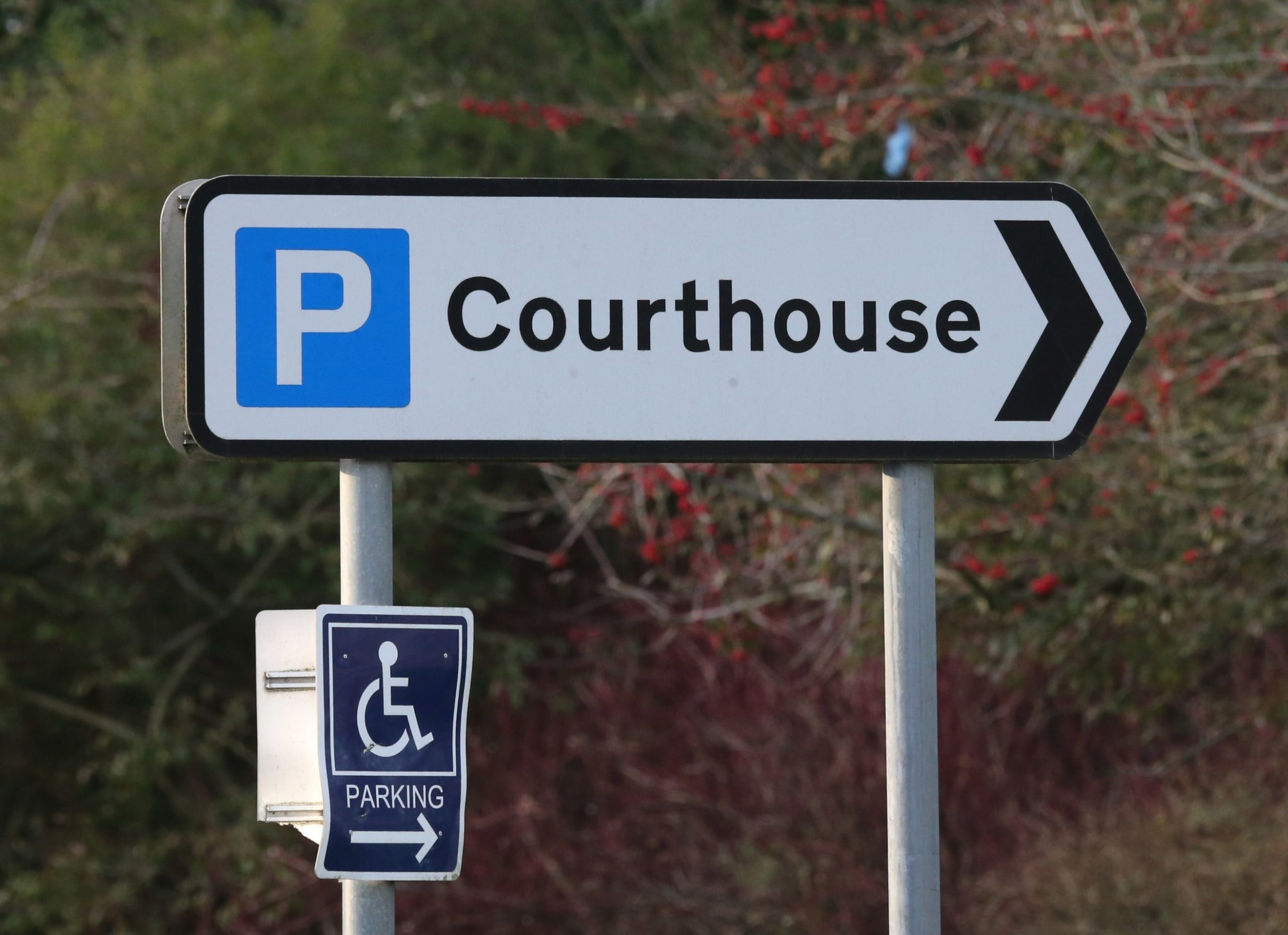 Earlier this year, Forbes’ Walter Pavlo and the LISA Foundation reported on a new Bureau of Prisons (BOP) memo announcing the agency’s decision to impose an 18-month First Step Act (FSA) time credits rule. “Eligible inmates will continue to earn FTCs toward early release until they have accumulated 365 days OR are 18 months from their release date, whichever happens first,” the memo states. “At this point, the release date becomes fixed, and all additional FTCs are applied toward RRC/HC placement.”

The BOP’s 18-month cut-off on FSA time credits has no basis in the language of the First Step Act itself. But, in addition to being legally baseless, it also harms those in BOP custody who are serving the shortest sentences, which makes no sense. “The effect will be that those prisoners with short sentences will get no reduction in their sentence, something that clearly goes against the BOP’s own experts on FSA,” Pavlo wrote back in September. “The result is going to be that thousands of federal inmates, many minimum security, will remain in prison for months longer than Congress intended when it passed the law.”

The LISA Foundation broke the math down even further. “[P]ractically speaking, no inmates with sentences of less than 42 months will have enough time to collect [FSA time credits] entitling them to 12 months off their sentence (the maximum allowed by law),” the LISA Foundation wrote. “This also means that unless an inmate can complete the in-custody portion of RDAP with at least 18 months left, the RDAP ETCs will apply to more halfway house or home confinement, not more time off.”

Arbitrary rules are par for the course with the BOP.

If you’ve spent time in a BOP facility yourself or have a loved one that has, you know how much the BOP loves arbitrary rules. Look no further than the BOP’s implementation of FSA time credits for a laundry list of examples. Recall that the purposes behind the FSA time credits program is essentially two fold: reducing the likelihood of recidivism for those in BOP custody and keeping those in BOP custody productive (productivity, of course, leads to a lower likelihood of recidivism, too).

Given these dual purposes aimed at reducing recidivism, i.e., reducing crime, you might be inclined to think that a sooner-rather-than-later mentality would permeate the BOP’s implementation of FSA time credits. You’d be wrong. Giving the BOP the biggest benefit of the doubt imaginable, the agency had until Jan. 15, 2022, more than three years after the First Step Act became law, to finish its implementation. The BOP waited all the way until Jan. 13, 2022, to announce that it had finally finished that implementation. And, if you’re inclined to give the BOP credit for finishing 48 hours before the deadline, it’s worth pointing out that Jan. 15, 2022, was a Saturday.

Of course, the BOP wasn’t actually finished implementing FSA time credits when it made that announcement at the beginning of this year. It wasn’t until just last month that the agency’s auto-calculation application for FSA time credits was ready. And recent reporting from Pavlo suggests that using the word “ready” in this context might be a drastic overstatement.

Most of the time, judges across the U.S. side with the BOP.

Despite the BOP’s constant feet-dragging, though, courts rarely (if ever) questioned the BOP’s approach. In fact, even when judges think a BOP rule is arbitrary, they usually don’t go further than passive aggressively commenting on it in passing as they write their opinion denying a federal prisoner’s petition for writ of habeas corpus based on wrongfully withheld FSA time credits. Comments from Chief Judge John R. Tunheim, a federal judge in Minnesota, in a case called Rand v. Fikes, from almost a full year ago illustrate this point perfectly.

In Rand v. Fikes, Chief Judge Tunheim, like almost every other judge in the country, agreed that the BOP didn’t have to do anything during its “phase in” of FSA time credits until Jan. 15, 2022. “Because Congress gave BOP discretion to wait to fully implement the FSA until January 15, 2022 and in exercising that discretion the BOP has stated it will not award ETCs until that date,” Judge Tunheim wrote in a decision back in December of last year, a prisoner’s “claims are premature and [their] Petition must be denied.”

But, as I wrote in this piece shortly after the Rand decision came out, Chief Judge Tunheim did recognize the “perplexing” nature of the BOP’s approach, calling it “contrary to the purpose of the First Step Act.” He also pointed out that “[t]he BOP has provided no explanation for the delay and the Court sees no reason why the BOP cannot begin awarding ETCs prior to January 15, 2022.” Finally, Judge Tunheim said that the BOP’s approach “is ‘evading the spirit of a phase-in of FSA earned time credits.’“ But, beyond that brief criticism, the BOP faced no meaningful accountability at all.

Every now and then, however, a judge really pushes back.

On rare occasions, however, some judges are willing to hold the BOP accountable. Before the Jan. 15, 2022 deadline, push back happened in just two cases: Goodman v. Ortiz and O’Bryan v. Cox. In those cases, federal judges from New Jersey and South Dakota, respectively, both ruled that the BOP’s decision to assign federal prisoners to evidence-based recidivism reduction programming and productive activities under the guise of earning FSA time credits but not award them any was both unfair and at odds with the purpose and statutory language of the First Step Act.

Push back after the Jan. 15, 2022 deadline has been more common, but it’s still occasional at best. For instance, in Dyer v. Fulgam, U.S. District Judge Curtis L. Collier, a federal judge in Tennessee, ordered the BOP to apply unused FSA time credits to a federal prisoner’s term of supervised release against the wishes of the federal agency. U.S. District Judge Nicholas G. Garaufis ordered the same relief in Lallave v. Martinez, a decision that reversed course on his earlier decision in the case that I heavily criticized in this piece back in July.

Even just a few weeks ago, a magistrate judge in Arkansas pushed back against the BOP’s refusal to calculate and apply the FSA time credits that a federal prisoner had earned between Dec. 26, 2021, and June 1, 2022, in a case called Pillow v. Bureau of Prisons. Mr. “Pillow earned credits for that period,” the magistrate judge wrote, “and ‘they should be awarded to him and reflected in his sentence.'” “Because those credits, by any measure, total[led] more than the approximately two weeks he ha[d] remaining on home detention,” the magistrate judge ordered the BOP to “immediately transfer him to supervised release.”

In a case called Brodie v. Pliler, a federal judge finally pushed back.

The BOP’s 18-month FSA time credits rule finally met its first push back last week in a case called Brodie v. Pliler. In that case, Joseph Brodie, a federal prisoner who has been on home confinement since July 11, 2022, filed a petition for a writ of habeas corpus seeking a court order immediately applying the 345 days of FSA time credits he claimed he earned from Feb. 24, 202o, to at least May 31, 2022 (and potentially Sept. 25, 2022).

The BOP had calculated and applied Mr. Brodie’s FSA time credits back in January of this year. But, since Jan. 29, 2022, it hasn’t calculated or applied a single additional credit that Mr. Brodie has earned. According to U.S. District Court Judge Lorna G. Schofield, a federal judge in New York, the BOP “offered no legal basis for its decision to refuse to calculate FSA Time Credits for [Mr. Brodie’s] qualifying participation in programming after January 29, 2022.” Instead, the BOP simply relied on its 18-month cut-off rule for FSA time credits. The existence of that BOP-created rule, however, wasn’t enough to persuade Judge Schofield.

“Respondent does not cite, and the Court has not located, any part of the Rule that imposes or authorizes this 18-month cutoff, nor any statutory authority under which such a rule could be promulgated,” Judge Schofield wrote. “Respondent argues that the 18-month cutoff is ’eminently reasonable’ so that an incarcerated person’s release date is not a ‘moving target’ as the BOP tries to prepare for it. That may be so, but the FSA does not grant the BOP discretion to stop awarding FSA Time Credits at a certain point.”

Rather than defer, Judge Schofield ordered the BOP to follow the FSA.

Because the BOP couldn’t cite any legal authority permitting the BOP to override the legislative language of the FSA and impose an arbitrary 18-month cut-off rule, Judge Schofield granted Mr. Brodie’s petition (albeit in part) and ordered the BOP to calculate and apply his FSA time credits as required by the First Step Act.

“By November 21, 2022, Respondent shall calculate manually any additional FSA Time Credits to which Petitioner is entitled pursuant to the FSA and the Rule, without regard to Respondent’s ‘interim procedures’ or any cutoff based on Petitioner’s projected release date,” Judge Schofield ordered, “and Respondent shall file a status letter providing the updated calculation and any other changes in Petitioner’s expected transfer from home confinement to another form of custody or to supervised release.”

For now, it’s too soon to tell whether the BOP will follow Judge Schofield’s decision and apply Mr. Brodie’s FSA time credits as required by the First Step Act. It’s also too soon to tell whether any other judge might ask the BOP to justify its imposition of a rule not imposed or authorized by, as Judge Schofield said, “any part of the Rule … nor any statutory authority….” For now, though, it’s only been a couple of months since the BOP announced it’s 18-month cut-off rule on FSA time credits, and it has already failed its first legal test.