Outrage Over The COVID-19 Vaccine Mandate Stops At Prison Doors 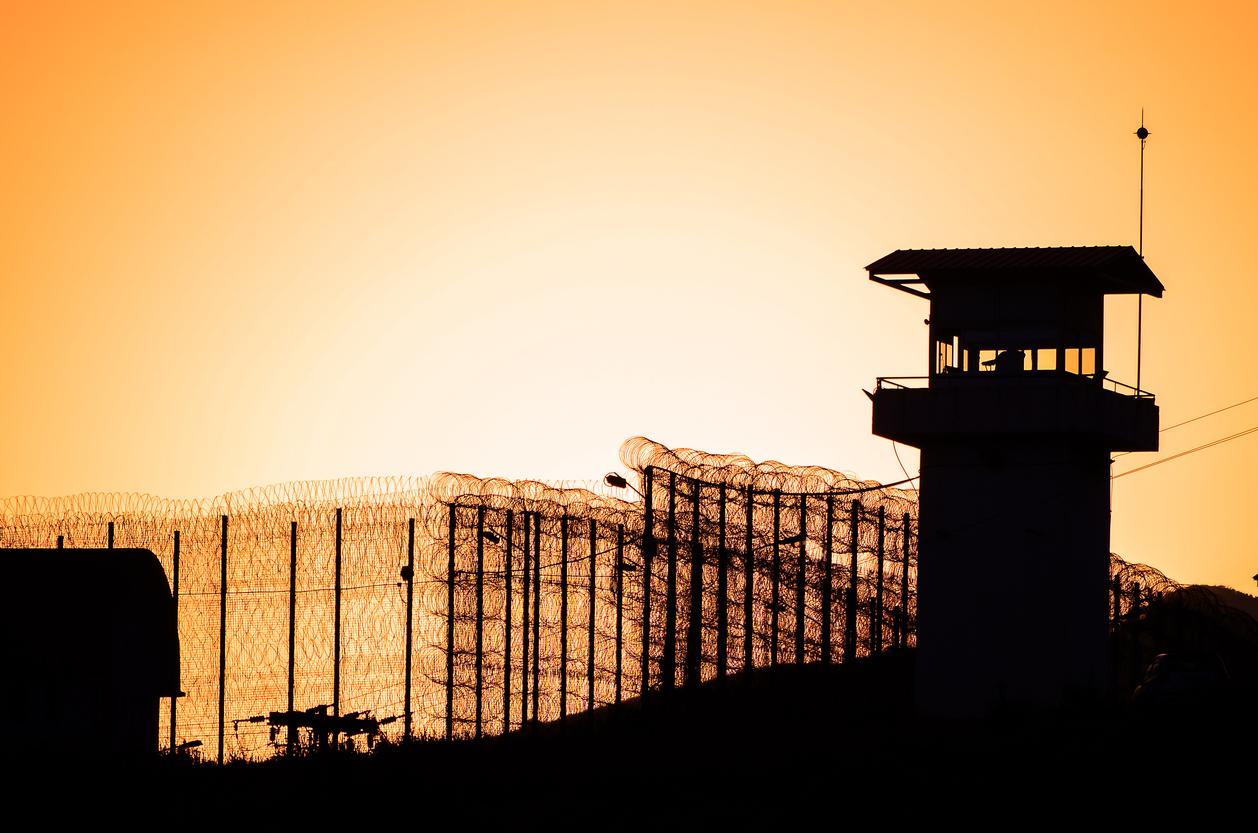 Across the United States, outrage over a supposed mandate for the COVID-19 vaccine have been easy to spot. Three weeks ago, for instance, a “trucker convoy” started doing laps around the Washington, D.C. beltway to protest certain unidentified measures taken by various governmental authorities and private businesses to slow the spread of COVID-19. Many businesses and local governments have since abandoned mask and vaccine rules. Yet the “trucker convey” decided to move its protest to California anyway.

The unmet “demands” from the “trucker convoy” haven’t been entirely clear. However, it seems apparent than one of the things that the protestors take issue with are purported COVID-19 vaccine mandates. As William A. Galston recently wrote for the Brookings Institute, “[v]accine mandates are more popular than you think.” Citing recent polling, Galston states that, while Democrats (84%) are more supportive of COVID-19 vaccine mandates than Republicans (45%), “solid majorities of every racial and ethnic group support vaccine mandates, as do Americans at all levels of age, income, and education.”

Nevertheless, the opposition to COVID-19 vaccine mandates remains loud and clear. And, as Lev Facher recently explained for STAT News, the opposition is coming up with new ways everyday to push back against the fear of mandates — going so far as to propose making such requirements a crime in some states. But, most of the time, there’s a fairly thick and obvious line between a vaccine mandate and forced vaccination. At worst, you don’t lose any of your rights if you choose to remain unvaccinated; instead, you may find yourself looking for alternative employment. But that’s the worst-case scenario.

One federal court called prisoners’ refusal to get the COVID-19 vaccine “practically a disqualifier” in compassionate-release cases.

Look no further than the Seventh Circuit’s own words for proof. In a case called United States v. Broadfield, the Seventh Circuit wrote that “a prisoner who remains at elevated risk because he has declined to be vaccinated cannot plausibly characterize that risk as an ‘extraordinary and compelling’ justification….” “The risk,” the appellate court said, “is self-incurred….” That language is significant because incarcerated people must show “extraordinary and compelling reasons” to be eligible for compassionate release.

Roughly a third of Americans were skeptical of the COVID-19 vaccine. But federal courts have said that skepticism doesn’t matter.

Skepticism of vaccines, especially the COVID-19 vaccine, isn’t out of the ordinary. According to an AP-NORC poll from early 2021, roughly one-third of Americans were skeptical of the COVID-19 vaccines. The polling revealed even larger percentages of skeptics in disadvantaged communities. So, it should come as no surprise than those locked behind bars are skeptical of a government-provided injection, too. But, for the Seventh Circuit at least, that skepticism doesn’t matter when it comes to compassionate release.

“The federal judiciary need not accept a prisoner’s self-diagnosed skepticism about the COVID-19 vaccines as an adequate explanation for remaining unvaccinated, when the responsible agencies all deem vaccination safe and effective,” the Seventh Circuit wrote. Thus, while “[a] prisoner who can show that he is unable to receive or benefit from a vaccine still may turn to [the compassionate-release] statute,” the Seventh Circuit said, “for the vast majority of prisoners, the availability of a vaccine makes it impossible to conclude that the risk of COVID-19 is an ‘extraordinary and compelling’ reason for immediate release.”

The Seventh Circuit’s rule of law treating the refusal to get vaccinated as “practically a disqualifier” is significant. But it’s not unique.

It’d be one thing if a federal circuit announced a COVID-19 vaccine mandate by itself. But the Seventh Circuit isn’t alone in taking this view. In fact, as the U.S. Court of Appeals for the Third Circuit (Pennsylvania, New Jersey, Delaware and the Virgin Islands) explained in a case called United States v. Thomas, “courts routinely deny compassionate release to inmates who refuse the COVID-19 vaccine because they have voluntarily failed to mitigate the very health concerns they identify in support of an early release.”

The U.S. Court of Appeals, quoting Broadfield, did the same thing in a case called United States v. Brownlee. “The Seventh Circuit, for example, decided that it ‘need not accept a prisoner’s self-diagnosed skepticism about the COVID-19 vaccines as an adequate explanation for remaining unvaccinated, when the responsible agencies all deem vaccination safe and effective,’ ” the Sixth Circuit wrote. “We agree. [The prisoner’s] concerns with the vaccine do not rise to the level that would render the district court’s finding that he failed to present ‘extraordinary and compelling reasons’ under § 3582(c)(1)(A) an abuse of discretion.”

Given decisions like these, it’s fair to say that, at this point, the trend is almost a national one. While this rule of law is spreading across the nation, pushback to it has been hard to find. Instead, most public commentary over a COVID-19 vaccine mandate in U.S. prisons has been pro-mandate. STAT News’s Chandra Bozelka, for example, argued that “[v]accine mandates should cover prisoners, too, not just their guards” toward the end of 2021.

The Lack of Pushback and its Consequences

While most Americans don’t oppose COVID-19 vaccine mandates, many do. And those opposing the mandates are passionate. Take a couple of minutes to search “COVID-19 vaccine mandate” on Twitter or Facebook, and you’ll see. Some claim the vaccine is harmful, isn’t based on science and needs to be stopped. Many people, federal judges included, clearly feel the opposite. As the Seventh Circuit said in its Broadfield decision, “the responsible agencies all deem vaccination safe and effective” for use. But, even then, there is strong opposition out there — and that opposition is even stronger when the vaccine is required.