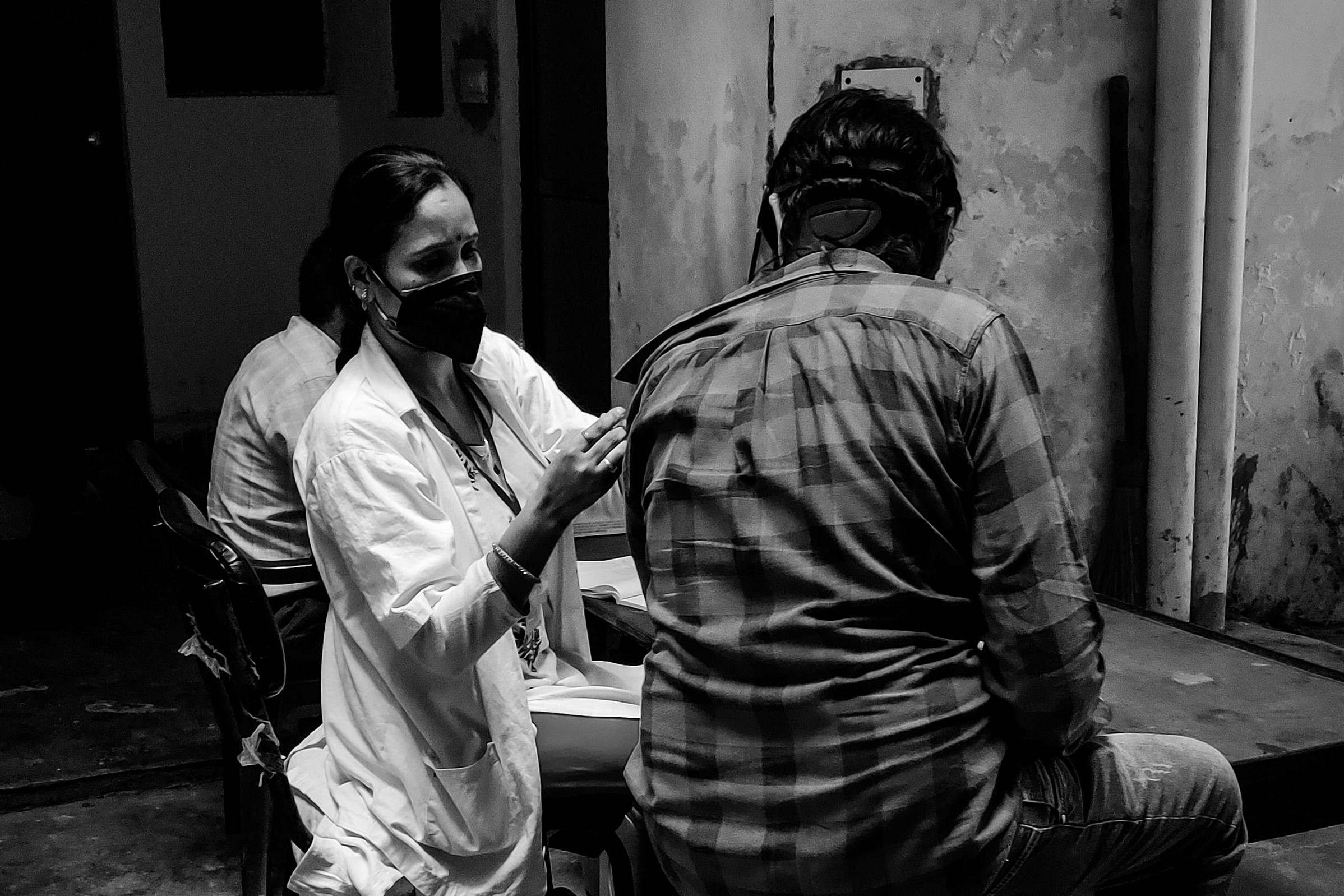 Across the United States, doctors, nurses and others are issuing more than 1.8 million doses of COVID-19 vaccines per day. Thus far, more than 45% of Americans are fully vaccinated. These figures put the United States in the top 10 in the world for total percentage of population fully vaccinated, despite being the third most populous country in the world. But when it comes to vaccinations inside American correctional facilities, the numbers aren’t so promising. In many states, vaccination rates are too low to limit the viral spread of COVID-19 within their prisons.

Once vaccines became available, the CDC established a priority list for receiving them based on risk. Workers in high-risk environments, the elderly and people with significant comorbidities were eligible first. But people in prisons were not at the top of almost any priority list, despite being more at-risk than the majority of the population. Some elected officials, such as Rep. Elise Stefanik (R-NY), have even pushed to stop vaccinating incarcerated people.

That’s not to say that no state has prioritized people in prisons. In Virginia, where Gov. Ralph Northram pushed to include incarcerated people in phase 1b of the state’s rollout, nearly 70% of the prison population received at least one dose by Apr. 1. But incarcerated people are significantly worse off in many other states. As of Apr. 1, less than 15% of the prison population had received a dose in New Hampshire, a state where the vaccination rollout was delayed from the beginning. Still, these figures are much higher than Idaho’s, where just over three percent of the incarcerated population received a dose by Apr. 1.

Idaho may not even have the lowest vaccination rate for its prison population. But that would be impossible to know. That’s because some states are not making their jail and prison vaccination rates public—or even keeping any. Only 16 out of 53 prison systems had publicly available data online.

Current vaccination rates are not enough to stop COVID spread in jails and prisons.

Scientists estimate that around 70% of a population needs to be immune to essentially stop the viral spread of COVID-19. Given the data, it would appear that it will take some time for most systems to reach that level, if they can at all.

Even getting an accurate number to begin with could be difficult, says Emily Wang, a professor at Yale School of Medicine who studies medical care in prisons. She says that’s due to both record-keeping issues and the fact that incarcerated people are often transferred between facilities.

“If the best estimates are 50 percent, I’ll bet it’s lower,” said Dr. Wang to the New York Times. “And we’re not close to the mark. There’s no question in my mind, this hasn’t gone well.”

Throughout the pandemic, transfers have posed a significant problem for prison systems. Many cited transfers as one of the primary spreaders of the disease, with some places relatively free of the disease experiencing outbreaks following transfers. There is very little evidence to suggest that these issues have improved in any way.

Vaccination is one of the only realistic ways of reducing the COVID-19 death toll in jails and prisons.

The arrival of COVID-19 vaccines has severely reduced the spread of the disease in areas with high vaccination rates. But even if vaccination rates remain low in some areas, people outside of prisons have other ways of reducing transmission and the risk of contracting the disease. They can still socially distance themselves, have access to plentiful PPE supplies and practice proper sanitation and hygiene. Inside prisons, however, this is much more difficult.

Prisons face unique challenges when it comes to the spread of disease. Many of them are overcrowded, with large numbers of people often quartered closely together. And while businesses and other places where people gather indoors have found some success in installing new ventilation and air filtration systems, that isn’t likely to be an option for jails and prisons. Some states still refuse to install air conditioning, even as temperatures regularly exceed 100°F.

Vaccines—which people in the United States have been able to get for free thus far—are perhaps the only realistic way to limit the spread of COVID-19 inside prisons.

People in prison are one of the most at-risk populations for COVID, yet states continue to leave them behind.

To be certain, mismanagement and lack of prioritization are not the only contributing factors to the low COVID-19 vaccination rates in many prisons. Many people have refused the vaccines, citing a lack of trust.

But the lack of priority in keeping people in prisons safe from disease is nothing new. Diseases like HIV/AIDS and hepatitis are far more common inside prisons than outside. Unhealthy environmental conditions, lack of access to adequate medical care and basic sanitation issues make jails and prisons dangerous places in terms of health. Throughout the country, people in prisons face significant health risks at every turn.

The health and safety of incarcerated people has seldom been a priority in the United States. However, being placed low or not at all on literal priority lists for life-saving vaccines as one of the highest-risk populations in the country may be the most crystalline example of the country’s lack of concern and consideration for the people it incarcerates to date.