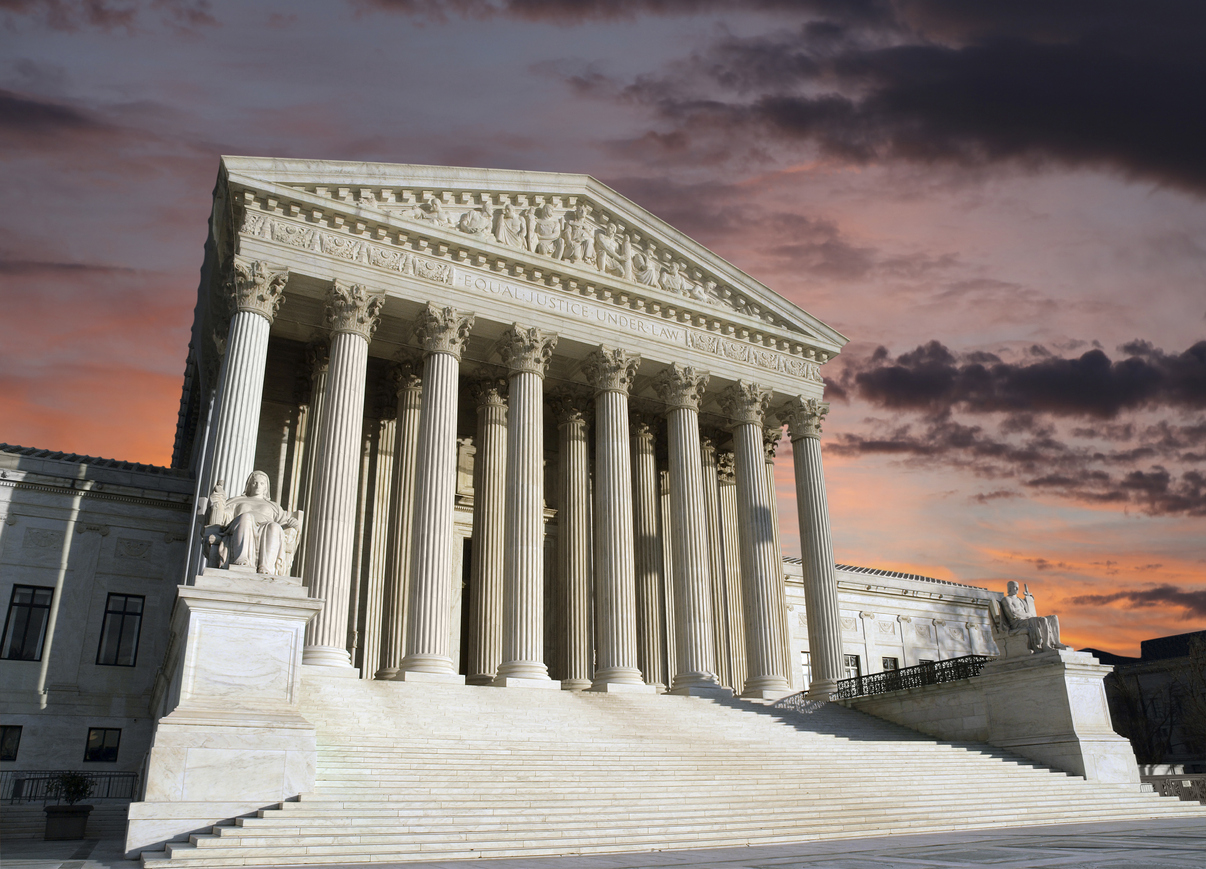 It’s hard to successfully sue a police officer. What makes it so hard is “qualified immunity,” a rule of law invented by judges. Qualified immunity protects police officers, as well as other government actors, when they do something illegal in the majority of circumstances. For decades, this meant that Americans assaulted or even killed by police must point to a specific court case showing what the police officer did was illegal before they can successfully sue them. In practically every case, this requirement makes winning impossible. A decision issued by the Supreme Court this morning lays the ground work for the practically impossible standard of qualified immunity to become even higher.

The History of Qualified Immunity in the Supreme Court

In 1967, the Supreme Court issued a decision, holding that a group of white police officers could not face liability for arresting several black clergymen who were in a whites-only waiting room at a Mississippi bus station. According to the Supreme Court at the time, the officers couldn’t face any liability for violating the mens’ civil rights because they were acting in “good faith” and believed what they were doing was legal. This rule of law became the judge-created doctrine known as “qualified immunity” today. Fast forward 15 years to 1982. That’s when the Supreme Court issued another decision that elevated the “good faith” standard even higher.

In that decision, the Court ruled that qualified immunity would no longer depend on whether the police officer or other government official acted in “good faith” or not. Rather, the Court held, a victim must prove that the right that the police officer violated was “clearly established” before. This change removed any inquiry into the police officer’s intent in violating the victim’s right. Put differently, courts treated a good-faith mistake just the same as a premeditated and malicious violation. Now, the inquiry focuses on whether there was a previously decided case that involved the same “specific context” and “particular conduct” as the one at issue. If such a court case exists, qualified immunity doesn’t apply; if such a court case doesn’t, the officer is in the clear.

It’s almost impossible for a plaintiff to find a case involving the same “specific context” and “particular conduct.”

To describe these judge-created standards as anything other than extraordinary would be an understatement. For comparison’s sake, this would be like giving immunity to drivers who rear-end you. The only time the immunity would not apply is if you found another court case that involved the same situation. You may well need it to involve the same intersection and stoplight. You may need the same make and model of the vehicles. And you may even need the same weather. Only then, qualified immunity says, is your right to be free from getting rear-ended “clearly established” by law. That’s precisely the kind of uphill battle you face when you sue a police officer.

Even in a room of criminal justice reform advocates, you won’t find someone who wants police officers scared to act. Nearly everyone agrees that police, like all government officials, need protection to do their jobs. A bipartisan effort (or whatever you call a Democratic-Libertarian effort) in 2020 by U.S. Representative Ayanna Pressley (D-MA) and then U.S. Representative Justin Amash (L-MI) is a perfect example of this general agreement.

Those two lawmakers teamed up to introduce the Ending Qualified Immunity Act last year. Unlike so many proposals we see in Congress, Pressley and Amash’s bill was straightforward. Coming in at just four pages total, you can understand the entire proposal by reading just one section aptly titled “Removal of Qualified Immunity.” Specifically, the bill states that “[i]t shall not be a defense or immunity to any action … that the defendant was acting in good faith, or that the defendant believed, reasonably or otherwise, that his or her conduct was lawful at the time when it was committed.” With this one sentence, police officers would face the same threat of our country’s laws as anyone else: Ignorance of the law would not be a defense.

“Nor shall it be a defense or immunity,” the bill continues, that the rights, privileges, or immunities secured by the Constitution or laws were not clearly established at the time of their deprivation by the defendant, or that the state of the law was otherwise such that the defendant could not reasonably have been expected to know whether his or her conduct was lawful.” This sentence is specifically aimed at the “clearly established” standard the Supreme Court justices invented in the 1980s. Plaintiffs in civil-rights actions against government actors would not need “clearly established” legal precedent in addition to the law. Rather, the law itself would be enough.

The Supreme Court’s Most Recent Commentary on Qualified Immunity

The proposed legislation by Reps. Pressley and Amash had some traction. And, despite losing one of its sponsors (Rep. Amash) who chose not to seek reelection, the proposal to end qualified immunity was reintroduced in 2021, too. Advocates even saw the George Floyd Justice in Policing Act pass the House. This is a step in the right direction considering the fact that two-thirds of Americans support ending qualified immunity. Even with wide-ranging public support, though, reform measures like these will face an uphill-at-best battle in the Senate. But this is one rare area where there is hope for bipartisan agreement on some proposals. Even someone like U.S. Senator Tim Scott (R-SC), who previously referred to ending qualified immunity as a “poison pill” for all legislation, acknowledged that more discussions would happen.

But all of these discussions by elected lawmakers tend to gloss over the fact that qualified immunity is a rule of law created by a small group of unelected individuals. This same group also has the ability to create and recreate qualified immunity as it sees fit. There is no federal law that reflects the “clearly established” standard that the 1980s Supreme Court came up with. But it’s now the rule of law anyway. And, in an unsigned opinion issued this morning, the Supreme Court dropped a “hint” that it intends to raise the qualified immunity hurdle even higher, not the opposite.

The fact that the Supreme Court has now said it had to assume that controlling Circuit precedent—the second-best option—would be enough is remarkable. This necessarily implies that it might not be. And that means the only way a “right” meets the “clearly established” standard is if the Supreme Court says so. Put differently, without a Supreme Court decision on point, the cop is immune no matter what they did. If this ends up being the case, and the Supreme Court’s passing reference to it may well make it so, nine men and women will have created the most expansive immunity doctrine in history without earning even one American’s vote.

The Supreme Court’s “hint” in Villegas v. Cortesluna is huge for law enforcement misconduct as well as misconduct by other government officials.

Steve Vladeck, the Charles Alan Wright Chair in Federal Courts at The University of Texas at Austin School of Law who recently testified before the Senate Committee on the Judiciary about the Supreme Court’s so-called “shadow docket,” aptly explained by the Supreme Court’s decision to casually drop this “hint” is so significant. “In one of its summary rulings this morning, #SCOTUS dropped a strong hint that *circuit* precedent may no longer be sufficient to provide ‘clearly established’ law,” he wrote. “That would be a *huge* barrier to damages suits against government officers who violate constitutional rights.”

This huge barrier wouldn’t just stand in the way of lawsuits against police officers either. As the Brennan Center for Justice has put it, “Qualified Immunity is the Scourge of Prison Reform” too. As the Brennan Center’s Andrew Cohen wrote early last year, even if Congress passes meaningful prison reform, “judges can ignore it by protecting those who make or allow prisons to be places of deplorable cruelty.” The Supreme Court’s latest hint on the issue qualified immunity makes it seem like they may well choose to do just that.