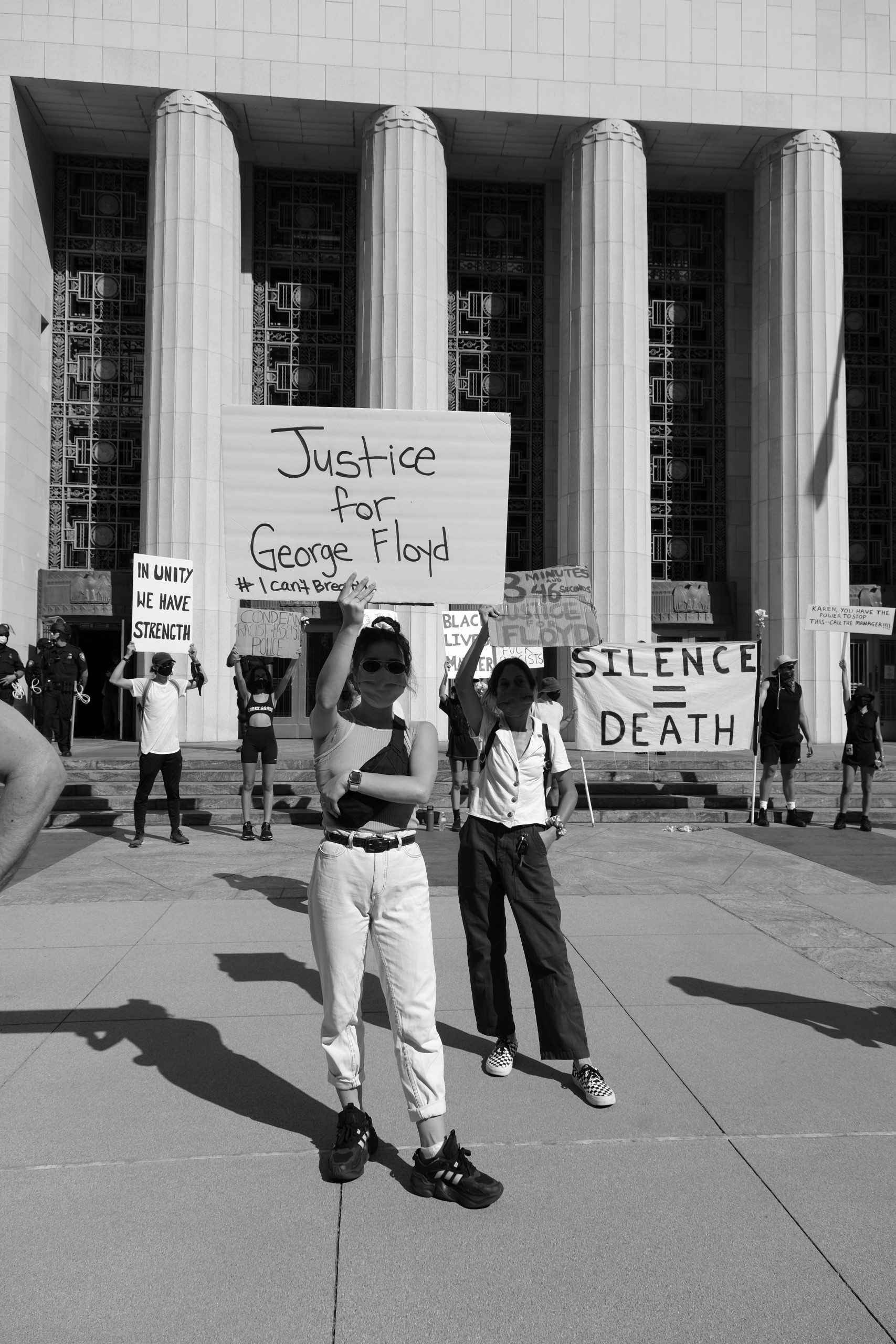 The George Floyd Justice in Policing Act of 2021 is the second attempt by House Democrats to move forward with a federal police reform bill. The first attempt, carrying the same name, passed in the House last year before dying in the Republican-controlled Senate. With a majority in both chambers, Democrats are hopeful that the bill will make it to President Biden’s desk. If signed into law, the bill would transform accountability and training for police officers across the country.

Two months after the country entered a lockdown to curb transmission of COVID-19, video surfaced of a three police officers restraining a Black man. George Floyd was accused of using a counterfeit bill to buy cigarettes. When police responded, three of them pinned Floyd to the ground. It is clear in the video that officers continue to hold him down after he loses consciousness. Bystanders can be heard pleading with the officers, begging them to get off Floyd because he couldn’t breathe. Floyd never regained consciousness.

Despite concerns about large social gatherings, protestors filled the streets. And the demonstrations were not limited to Floyd’s hometown of Minneapolis. All over the country, masked crowds marched and called for the officers in Floyd’s death to face charges. Though most of the protests were peaceful, instigators in several cities destroyed property and started fires. Former President Donald Trump characterized the protests as riots. He even manifested an enemy called “Antifa” that, he claimed, wanted to execute police officers and overthrow the government.

George Floyd’s death marked a pivot in the conversation about police reform. One side argued to defund and abolish the police. The other side wanted stronger weapons and more protections for cops. The debate became more and more polarized, further exacerbating the myth that those who support police reform are anti-police. Black Lives Matter became a stand-in for the imagined Antifa organization. Blue Lives Matter morphed into a militarized off-shoot of QAnon. It was against this backdrop that House Democrats first introduced a police reform bill carrying Floyd’s name. But with U.S. Senator Mitch McConnell (R-KY) leading the Senate and President Trump in the White House, few believed the bill would make it into law.

The general election highlighted how many Americans support a massive overhaul of the justice system. Local and national leaders ran on support of police reform bills and produced sweeping policy change proposals. More voters turned out for the election than ever before, and several states flipped Democrat in what analysts consider an endorsement of more progressive policy. Given how much George Floyd and subsequent protests dominated the 2020 news cycle, it’s clear that police reform was a central issue for many voters.

The Democrats have a simple majority in both the House and Senate, but they still face roadblocks in the Senate. Most notably, procedure requires that the Senate have 60 votes to end debate on new bills before senators can vote on whether to pass the bill into law. With an increasingly polarized political climate, bipartisanship is a long shot. This is why many lawmakers have called for an end to the filibuster. Of course, that’s not the only option available to move the bill through the Senate.

The filibuster is a convenient way to shift blame to a minority party, and it allows majority party members a scapegoat when they have reservations about a proposed bill. The reality, though, is that the Senate majority leader can circumvent the filibuster. For one, he can ask for unanimous consent to end debate. This seems unlikely with the police reform bill given how Republicans have aligned themselves with the Blue Lives Matter movement, but the majority leader could also propose procedural changes that eliminate the need for a vote to end debate on the bill. A simple majority could also use a nuclear option or make it harder to enact the filibuster to begin with. These are options both parties have used before.

Local police reform bills mirror HR 1280 and could push Senators to back the bill without a need to get around the filibuster.

A number of local and state bills take aim at key elements of HR 1280. For Senators worried about the optics of supporting federal police reform, the trend could be just what they need to justify their support. Some of the hallmarks of the George Floyd Justice in Policing Act of 2021 include eliminating qualified immunity, banning chokeholds, ending no-knock warrants, and defunding police in favor of community programs. For each major piece of the legislation, many justice advocates invoke the names of Black men and women killed by police in 2020. This approach humanizes the effort to pass police reform bills into law.

When police reform advocates discuss chokeholds, they recall the murders of men like Eric Garner and George Floyd. But the reality is that kneeling on a citizen’s neck continues to make headlines. Just last month, a young man in the midst of a mental health crisis died after an officer knelt on his neck until he lost consciousness. A ban on no-knock warrants recalls the shooting death of Breonna Taylor. Some parts of the bill target systemic issues. Qualified immunity, a common defense when officers contribute to a citizen’s death, continues to shield the police from accountability. Reallocating police funds to community organizations speakers to a larger effort to decriminalize addiction and mental illness.

Public distrust of the police is at an all-time high, and Democrats in Congress are tapping into that to build support for police reform. “Never again should the world be subject to witnessing what we saw happen to George Floyd in the streets of Minnesota,” said U.S. Representative Karen Bass (D-CA). “Time and time again we have witnessed the people who are sworn to protect our communities abuse their power,” added U.S. Representative Ilhan Omar (D-MN). However, there is still a strong disconnect between White and non-white Americans when it comes to police brutality. While about two-thirds of Black Americans consider Floyd’s death murder, just one-third of White Americans agree.

President Joe Biden has pushed the need for unity and bipartisanship since his inauguration speech, but the first two months of his presidency suggest that it may be a fool’s errand. While the White House issued a statement supporting HR 1280 and calling on Congress to pass it, Republican Senators described the bill as the latest attempt to strip police departments of their protections and make it harder for them to keep the public safe. The days and weeks ahead will determine whether or not the Senate can avoid political posturing and consider the latest police reform bill in earnest. Given the difficulty of passing President Biden’s COVID relief package through the Senate, some are not optimistic about the potential for Republican support.

Where do we go from here?

Derek Chauvin, the officer charged with George Floyd’s murder, is set to stand trial for second-degree murder and second-degree manslaughter. On the same day that HR 1280 passed in the House chamber, an appeals court announced that Chauvin may face third-degree murder charges as well. If this is any indication, the memory of Floyd’s killing remains fresh in the minds of American. Chauvin’s trial may focus attention on HR 1280 and how the Senate chooses to proceed. Senators risk significant backlash if they minimize or obstruct efforts to increase police accountability while Floyd’s murderer stands trial.

Regardless of what happens with HR 1280 in the Senate, Democrats in both chambers have signaled a fervent effort to push police reform as long as they have the majority. Additionally, the Biden-Harris Administration is vocally supportive of the efforts, clearing the way for bold change to the American justice system. And states are leading the charge. From the elimination of cash bail to increased community supervision efforts, efforts to address systemic racism and mass incarceration show no signs of slowing down. For now, it’s in the hands of the Senate. All eyes are on what happens next.