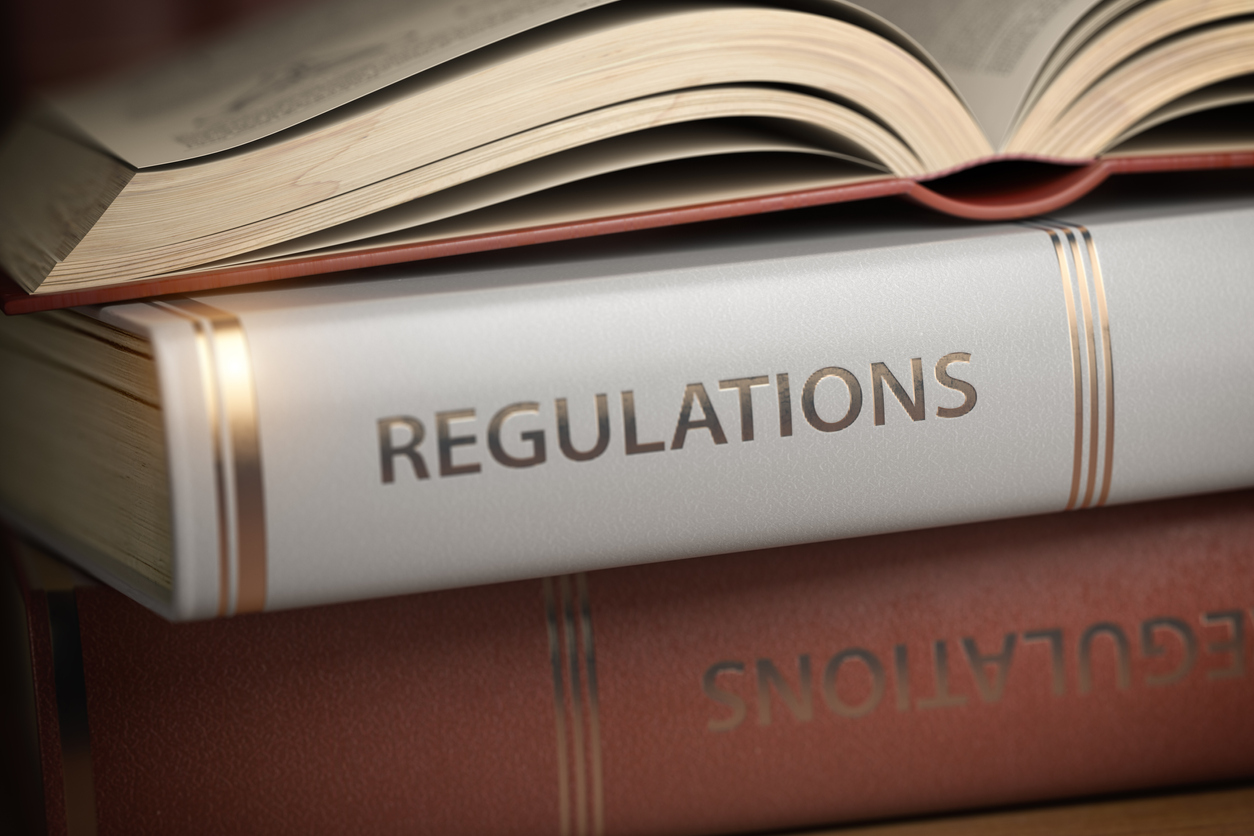 Popular baseball metaphor “Three strikes and you’re out” typically refers to an acclimation of errors that leads to harsher consequences. One of the strongest examples of this is a federal and state “three strikes law“, which can see repeat offenders put behind bars for life The intent behind enacting these harsh laws is that it will deter habitual offenders and thus reduce the crime rate. However, this law came with the price of mass incarceration, huge trial costs, and overburdened courts. The fact that this is a rigid law, is evident by reform campaigns such as “tough on crime” and sentencing reform initiatives, especially the First Step Act.

At the federal level, the First Step Act has eased the mandatory minimum sentencing imposed under the three strikes law. But what about the three strikes laws prevailing in different states? A significant prison population resides in State prisons, which contributes to overall mass incarceration and other problems. While the Federal government may encourage states to adopt similar sentence reform policies, but is that enough? The 1994 crime bill shows that this incentivization had a negative effect in the past. A few states did initiate sentencing reforms, but not all. Most states have only embraced sentencing reforms. It could also mean that lawmakers did not visualize the problems associated with three-strikes laws for the whole of America. As Vox presents, ” to understand the First Step Act, it’s important to put its full impact on mass incarceration in the broader national context.”

What are “three-strikes Laws”?

Enacted on March 7, 1994, the three strikes law originated from the Violent Crime Control and Law Enforcement Act of 1994. This law was part of the United States Department of Justice’s anti-violence strategy. The federal three strikes statute is codified under 18 U.S.C. §  3559(c). The statute punishes a defendant with “mandatory life imprisonment if he or she is convicted in federal court of a ‘serious violent felony’ and has two or more prior convictions in federal or state courts, at least one of which is a ‘serious violent felony.’ The other prior offense may be a ‘serious drug offense.'” The “serious violent felony” includes murder, manslaughter, sex offenses, kidnapping, robbery, and any offense punishable by 10 years or more which includes an element of the use of force or involves significant risk of force.

The First Step Act did not prevent three strikes law from prevailing in some states. To date, 28 states have enacted the three strikes law. Under California’s, three-strikes law, a third striker faces 25 years of life imprisonment. The offenses must belong to the list of strike-able offenses. Moreover, it has a “two-strikes provision“, where a subsequent strike-able offense is punishable with twice the term of its ordinary term. In fact, this kind of two-strikes punishment also applies in seven states —Arkansas, California, Connecticut, Kansas, Montana, Pennsylvania, and Tennessee.

A third striker gets life imprisonment without parole in Georgia, Montana, Tennessee, Louisiana, South Carolina, Indiana, New Jersey, North Carolina, Virginia, Washington, and Wisconsin. In few states, someone can be released on parole after serving a certain number of years in prison. For instance, in New Mexico, people are entitled to parole after serving 30 years. Whereas in Colorado, a person must serve 40 years before getting parole. And in California, at least 25 years must be served before parole eligibility.

Title IV of the First Step Act brought sentencing reform and amended the “mandatory minimum sentence” under the three strikes laws. Previously, a person with two or more prior convictions involving a “serious violent felony” or “serious drug felony” was punishable with life imprisonment without parole. Now, this sentence is reduced to 25 years in prison and the sentence for the first offense is reduced from 20 years to 15 years in prison. This reform has given more discretion to judges.

The First Step act also shielded non-violent, minor drug-related offenders by covering them under the “safety valve” provision. It allows judges to sentence such offenders for less than the required mandatory minimum. Further, the act has eliminated the “stacking charges” provision which allowed prosecutors to be able to compile multiple charges.

The efficacy of three strikes laws at reducing crime rates is debated.

Studies on the efficacy of three strikes laws to minimize crimes have been prevalent. A Federal Bureau of Investigation’s Uniform Crime Report shows that between 1990 and 2019 there was a steep decline in violent crime rates. The rate has fallen from a high of 760 reported cases in 1991 to a low of 362 reported cases in 2014 per 100,000 of the population. This indicates that after the implementation of the three strikes law the crime rates began to decline. However, violent crime rates after 2015 have begun to rise. Most recently, the 2019 data shows that the violent crime rate per 100,000 people is 380.

Whether the decline in crime rate between 1990 and 2014 is attributable to three strikes laws is arguable. It is true that the decline in crime rates preceded the implementation of three strikes laws in 1994. But, the most recent statistics around the crime rate show that it has increased. The future is unpredictable. Some critics argue that a variety of factors influence crime rates. For example, policing, prevention efforts, the condition of drug markets, local rules, and the economy.

Three strikes laws do not seem to have much of a deterrent effect.

After World War II, crime rates began to spike. They climbed steeply in the 1970s-1990s in the U.S. But after violent crime rates were at their peak in the 90s, they began to steadily decline. Lawmakers say the object of these laws is to deter crime. However, most violent crimes happen in the heat of passion and under the influence of aggression and impulsiveness. In a moment of rage, it is unlikely that someone would consider harsh punishments and other legal consequences. “Crime of passion” is common defense and often it is a challenge for prosecutors to establish mens rea.

A report published by the National Institute of Justice (NIJ) depicts that imprisonment is an ineffective way of minimizing crimes. In fact, prison time may give birth to more heinous crimes when co-offenders strategize crimes. Moreover, the severity of crime does not “chasten” people who commit them and in turn, increases recidivism. A simple police siren and firearms are more likely to deter a criminal from committing the crime than a strict law. Furthermore, the NIJ report suggests that — “Sending an individual convicted of a crime to prison isn’t a very effective way to deter crime” and “Increasing the severity of punishment does little to deter crime.”

Three strikes law appear to have increased incarceration and their effect on recidivism is unclear.

Three strikes law must reduce recidivism through incapacitation and deterrence of crime. Instead, it negatively affects by increasing incarceration rates. A survey by the Pew Center, which included around 30 states, suggests that around 46% of people released from prison in 1999 and around 44% of those sent home in 2004 were reincarcerated within three years. Indeed, this survey took place a few years after the enactment of three strikes law in 1994. The recidivism reduction plan under the First Step Act’s earned time credits system could have an effect on these rates. However, the results are difficult to predict and it’s too soon to say if it has reduced recidivism.

The criminal justice system has been hard-hit by three strikes law.

Courts in the United States suffer from backlogs and never-ending caseloads. According to the ACLU “Three strikes law will not only clog the courts. But, it will also burden the prosecutors, defense lawyers and judges.” Moreover, the organization claims that three-strike laws will increase time-consuming and costly trials. According to the ACLU, a plea bargain costs approximately $600 whereas trial costs can stretch up to $50,000 per case. Poor people rely on help from public defenders. Their remuneration comes from state funds. That burden is ultimately borne by the taxpayers.

The American Bar Association suggests that the three strikes law will increase the population of older prisoners, an age group that is less likely to impose social risk. According to the Office of Justice Programs, in California, the increase in the elderly population in prison will lead to a “crisis in funding” because prisons require more funds to keep older prisoners incarcerated.

There have been several court battles over whether the three strikes law violates a person’s Eighth Amendment rights against “cruel and unusual punishment.” The California Supreme Court in People v. Dillon, (1983) ruled that three strikes laws were “excessive and in violation of Eighth Amendment rights.” Another case, Lockyer v. Andrade, (2003) in which a federal court struck down three-strikes law as cruel. In the original ruling, the Court punished the defendant with 50 years of life imprisonment for petty theft of $154.

The future of the three strikes law is in question.

The First Step Act was the “first step” in amending this rigid federal three-strikes law by easing parts of it. However, 28 U.S. states continue to implement the three strikes law. This law calls for significant revisions. It may need to be repealed at both federal and state levels. However, lawmakers fear being tabbed as “soft on crimes” therefore, it is less likely that this law will be repealed in the near future.

No single law is a cure to reduce violent crime in the country. After monitoring the current trends and considering the interests of citizens and the justice system at large, revisions in sentencing laws at local and state levels could bring about the desired results of deterring the crime.