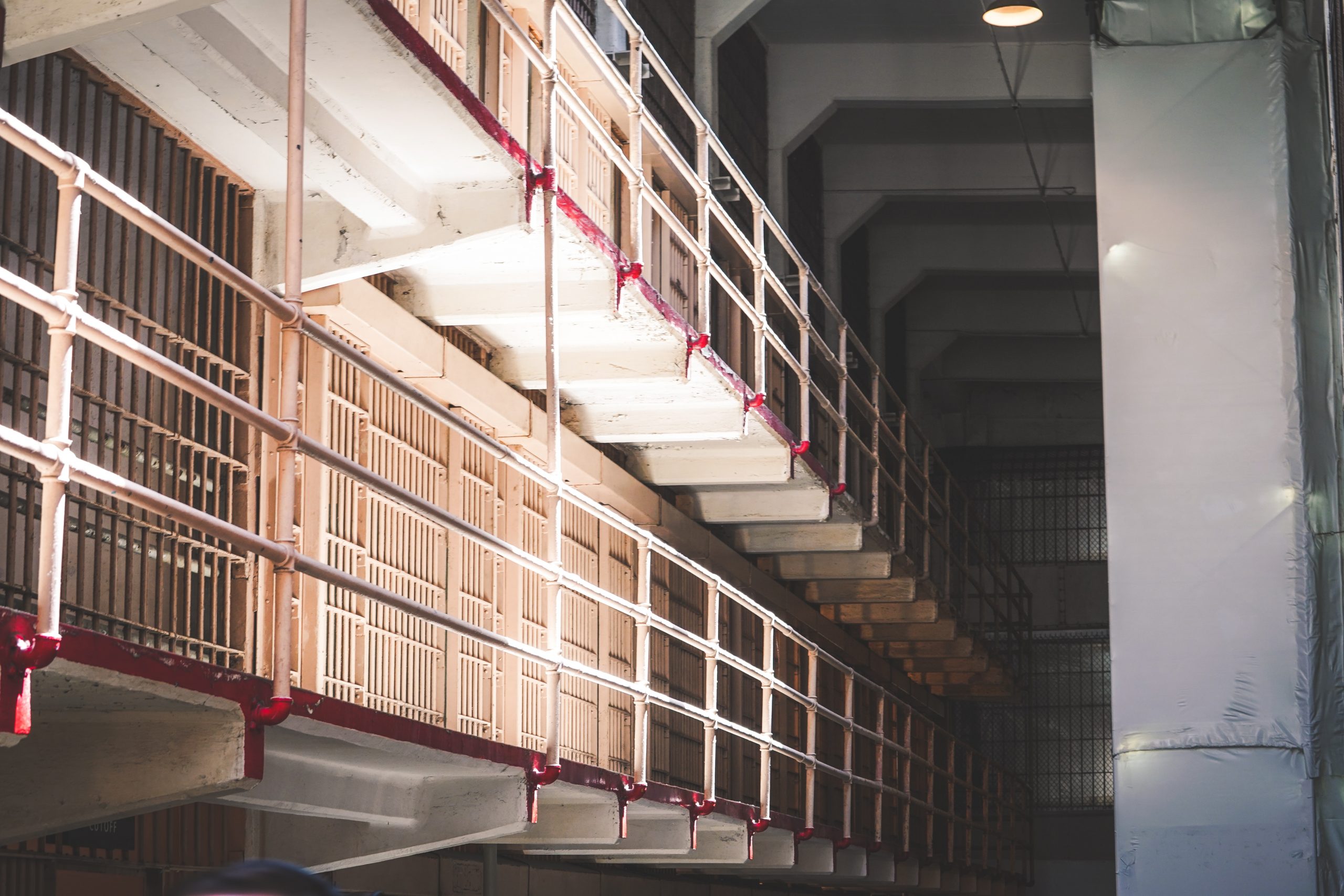 Mass incarceration has become a popular topic among justice reform advocates. Conversations are often centered around unfair sentencing and rehabilitation programs. But few people discuss annual prison costs and their impact on local economies. The reality is that some states spend billions of dollars per year on prisons. This puts a strain on taxpayers and limits funding for other rehabilitation programs. Most states spend far more per person incarcerated than they do on K-12 students. They also spend exponentially more on prisons than they do on higher education for state residents.

How Much States Spend on Each Prisoner Per Year

State budgets fluctuate, but annual prison costs routinely account for a significant piece of the proverbial pie. Since these costs are dependent on the number of prisoners in each state, it’s no surprise that some states spend around $60 million while others spend over $8 billion per year. To better understand incarceration costs each year, several groups monitor government spending. They compile data regarding everything from facility costs to food and housing so they can create a clear picture of per-prisoner spending.

According to data from Vera, the average cost per person in prison ranges from about $14,000 to $70,000 per year, depending on the state. Most states average $25,000 to $30,000 per incarcerated individual annually. When annual prisons costs are applied to average prison population rates, the numbers balloon. Alabama, which spent just $14,780 per prisoner in 2015, had a population of 31,563; despite spending less per prisoner than every other state, the state’s total spending exceeded $466 million for the year. Even states like Hawaii, which spent $29,425 per those incarcerated on a population of only 6,063, spend about $180 million per year.

New York has long spent more per prisoner than most other states. The state spent an average cost of $69,335 per prisoner in 2015. California comes close, with $64,642 per each person incarcerated, but its prison population is three times that of New York. The annual prison costs for California are more than $8.5 billion. But California is not alone. Thirteen states spent more $1 billion on those incarcerated in 2015; the average across all 50 states was about $500 million. All told, American taxpayers pay approximately $80 billion toward annual prison costs every year, yet few understand where that money goes.

When states report annual prison costs, they often cite an average cost per prisoner. But what goes into that calculation, and how accurate is it? While not every person incarcerated costs a state the same amount, the overall average does give a clear picture of what states spend annually. The basic equation looks like this:

Some individuals may require more medical attention or mental health services. Others may spend significant time in administrative segregation, or in a supermax prison, where every prisoner is in a single cell. This is why prisons also break down the average cost for specific facilities. Supermax and death row prisoners cost more than those in general population.

Understanding what is included in annual prison costs can be tricky. Most Americans understand what it costs to run a household. But prisons have plenty of hidden expenditures, or costs that we wouldn’t readily consider. The Bureau of Prisons (BOP) uses approximately 71 percent of its annual funding on salaries and benefits for prison staff, while just nine percent goes to food and utilities usage. Since many rehabilitation programs are run by staff, tracking the individual cost is difficult, but many prisoners do make use of education and substance abuse programs inside the prison.

Recidivism accounts for as much as 10 percent of annual prison costs. This highlights the need for more rehabilitation and community integration efforts.

New York spends over $400 million per year on prisoners who return to prison on technical violations alone. This does not include those who have committed new crimes. The Prison Policy Initiative points out that just 10 states account for more than two thirds of all individuals returned to prison for parole violations. The organization also highlights life sentences as a continued drain on state resources. Prisoners given excessive sentencing don’t just cost the state one time. In fact, states spend more on those sentenced to 10 years or more than they do on K-12 pupils over 13 school years.

In 2018, the national average for per-pupil spending was $12,612. This is several thousand dollars less than even the lowest per-prisoner spending for the year. New York City spends approximately $28,000 per pupil, but over $65,000 per prison. Both correctional officers and teachers make about the same annual salary. One major disparity in spending is the ratio of officers to prisoners versus the ratio of teachers to students. Prisons employ about as many staff as they house prisoners; school districts employ an average of one teacher for every 22 students. The numbers are even more alarming when one considers that most states cover 100 percent of annual prison costs, but only about one third of education costs. The rest comes from city budgets.

The connection between per-pupil spending and state prison budgets is well-documented. Increased class sizes affect literacy, and low literacy rates increase a person’s risk of going to jail. Teachers also struggle more with behavior when students are jammed into a single classroom. This results in more discipline and out-of-school suspensions. Kids are more likely to commit crimes during suspensions or when they are expelled from school. They also become normalized to police presence in schools. This isn’t sustainable, and communities need alternatives to prison if they hope to reduce annual prison costs.

Several factors affect state prison budgets, but the most obvious involves the number of people incarcerated. Nationwide, jails and prisons house approximately 2.3 million incarcerated individuals. The United States accounts for about 20 percent of all incarcerated people worldwide. Much of this is connected to excessive sentencing, technical parole violations and mandatory sentencing. Legislation to address mass incarceration centers on reducing prison populations through programs like community supervision and sentencing reform.

Under the First Step Act, incarcerated individuals are able to earn good time and leave prison before the end of their sentence. It also reduced mandatory minimums for certain drug-related offenses, and eliminated stacking sentences in some instances. The policy retroactively applied the 2010 Fair Sentencing Act to prisoners and enacted the Second Change Reauthorization Act of 2018. All of these measures have helped to reduce prison populations, but the First Step Act is not a permanent solution.

The Mandatory Minimum Reform Act of 2020 proposed by HR 7194 could help reduce mandatory minimum sentences more extensively and holistically than the First Step Act. The bill highlights that, under mandatory minimums for drug offenses, federal prison populations have grown by 400 percent over three decades. When one considers that the BOP spends about $34,705.12 per prisoner per year, this growth accounts for annual prison cost increase of $4.9 billion, or roughly a 600 percent increase in spending since 1980.

Alternatives to incarceration could help address systemic racism in the justice system and ease the economic burden prisons place on state budgets.

The Emergency Community Supervision Act, introduced to Congress in March 2020, was a response to COVID-19 in prisons. Legislators emphasized the immediate need to reduce prison populations and release qualifying offenders into community supervision to control the spread of the virus. One year later, the bill remains in committee, but community supervision remains at the forefront of justice reform conversations. Many advocates for prison abolition or prison reform point to community supervision as a viable alternative to incarceration.

Some cities are also eliminating cash bail for most offenders, which reduces the number of people in prison pending trial. With almost half a million people in jail awaiting trial, the annual prison cost for these prisoners is $15 to $20 billion. On any given day, as much as 60 percent of the total prison population is awaiting trial. No cash bail policies would drastically reduce prison populations and could save states billions in prison costs.

Mass incarceration is a difficult and multifaceted issue. Legislators at the federal, state and local levels continue to work toward solutions that would permanently reduce prison populations. These efforts include everything from sentence reform to reducing recidivism. For now, annual prison costs remain a burden on taxpayers and a strain on state budgets.