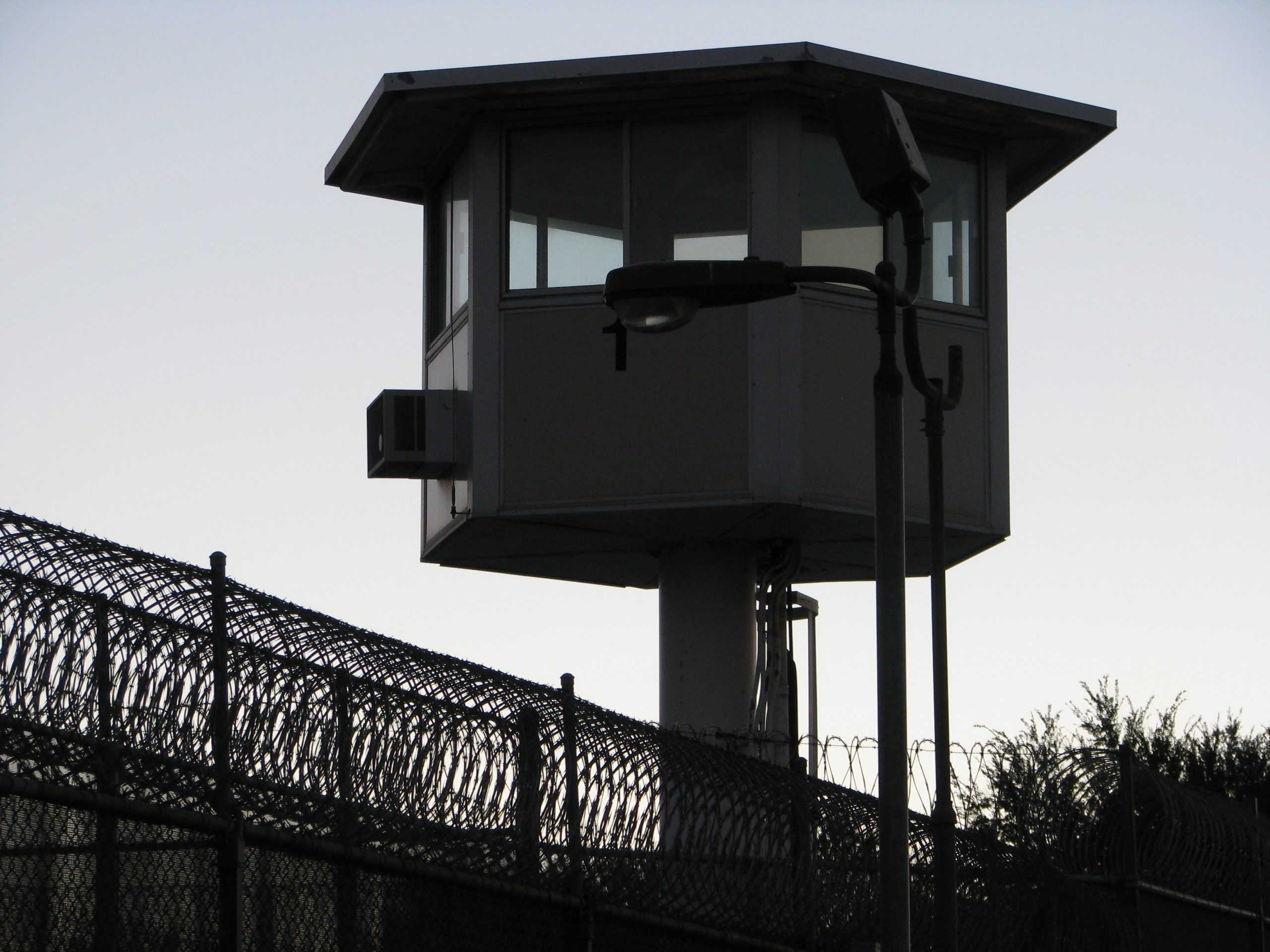 It’s been more than four years since Congress passed and President Donald Trump signed the First Step Act into law. Yet the FSA’s Time Credits Program, a straightforward incentive program for participation in evidence-based recidivism reduction programming and productive activities, still isn’t up and running at full speed. Make no mistake about it: There’s been progress. But, for the most part, implementation of FSA Time Credits has been an error-filled journey.

Incarcerated people are finally starting to see some (but not necessarily all) of the Time Credits they’ve earned. But reporting from Walter Pavlo of Forbes from just yesterday makes it clear that countless problems still exist. In fact, according to Kristine Bunch, the Outreach Coordinator for Interrogating Justice, dozens of people reach out to her every month with questions about FSA Time Credits after the BOP applied some, but not all, of the Credits they had earned.

For all the criticism the BOP has (rightly) received over its implementation of FSA Time Credits (including from me, like here, here and here), not every decision the agency’s higher-ups make is a bad one. And, when it comes to partial eligibility — the idea that you can, in essence, bifurcate your sentences for different convictions to get FSA Time Credits for eligible convictions without losing them for ineligible ones — the BOP’s position is one that courts have unsurprisingly adopted.

The First Step Act and Concurrent and Consecutive Sentencing

Over the past year or so, courts across the U.S. have weighed in on partial eligibility for FSA Time Credits. These cases all arise out of similar situations. Someone has a criminal conviction. Some of the sentences run concurrently (i.e., at the same time) to others. But at least one runs consecutively (i.e., after) the others. As a result, the total sentence is substantially longer.

Most of the time, the consecutive sentence is involves firearms. For example, if a judge sentences someone to two concurrent prison terms of 57 months for possession with intent to distribute methamphetamine and being a felon in possession of a firearm and to a consecutive prison term of 60 months for possessing a firearm in furtherance of a drug-trafficking crime, the longest sentence he or she would face is 60 months. But, in reality, he or she will spend a total of 117 months in prison.

Frankly, this question is a good one. Someone like the defendant in the hypothetical discussed above has an incentive to participate in programming and activities, which (at least in theory) make them less likely to commit another crime. As logical as that sounds, it is an outcome that remains at odds with federal law. And federal courts have made that clear over the past year or so.

One of the first federal judges to address partial eligibility for FSA Time Credits was U.S. District Judge Gregory F. Van Tatenhove, a federal judge in Kentucky, in a case called Keeling v. LeMaster that might sound familiar. In 2018, Eric Scott Keeting pleaded guilty to possession with intent to distribute methamphetamine, being a felon in possession of a firearm and possessing a firearm in furtherance of a drug-trafficking crime (i.e., the same crimes I used in the hypothetical).

Several years into his sentence, Mr. Keeling filed a habeas petition, claiming that the BOP improperly determined that he was ineligible for FSA Time Credits. The BOP’s determination in this regard relied on the fact that Mr. Keeling’s convictions involved possessing a firearm in furtherance of a drug-trafficking crime, an offense that renders him ineligible for FSA Time Credits as a matter of federal law pursuant to 18 U.S.C. § 3632(d)(4)(D)(xxii).

Judge Tatenhove rejected Mr. Keeling’s argument, pointing to 18 U.S.C. § 3584(c). That federal law states that “[m]ultiple terms of imprisonment ordered to run consecutively or concurrently shall be treated for administrative purposes as a single, aggregate term of imprisonment.” “Thus,” he concluded, “the clear and unambiguous language of 18 U.S.C. § 3632(d)(4)(D)(xxii) specifically precludes him from earning the ETC potentially available under the FSA.” So, Judge Totenhove dismissed the petition.

Chief U.S. District Judge Matthew W. Brann, a federal judge in Pennsylvania, reached a similar outcome in a case called Goodman v. Sage. Vodie Goodman, much like Mr. Keeling, “is currently serving a 262-month aggregate sentence” for multiple drug offenses as well as a conviction for possessing a firearm in furtherance of a drug-trafficking crime, which is the same conviction that rendered Mr. Keeling ineligible for FSA Time Credits.

Much like Mr. Keeling, Mr. Goodman argued “that, even though he has a Section 924(c) conviction that is part of his current, aggregate sentence, he should not be deemed ineligible for FSA credits but should instead have the credits applied to his 202-month sentence for the non-disqualifying offenses” (i.e, before he started serving his additional 60-month sentence for possessing a firearm in furtherance of a drug-trafficking crime).

In other words, Mr. Goodman contended, “because his Section 924(c) sentence is ordered to run consecutive to his sentence for the other non-disqualifying offenses, he is not yet ‘serving’ that 924(c) sentence and therefore is eligible to receive time credits.” Or, put another way, he argued “that his sentences for different offenses should be treated in a bifurcated manner for FSA eligibility purposes.”

Recognizing that “[t]his argument … has been consistently rejected by courts,” Judge Brann pointed squarely to 18 U.S.C. § 3584(c): “It [Mr. Goodman’s argument] runs counter to the plain language of 18 U.S.C. § 3584(c), which mandates that ‘[m]ultiple terms of imprisonment ordered to run consecutively or concurrently shall be treated for administrative purposes as a single, aggregate term of imprisonment.’ “

Finally, U.S. District Judge Christopher C. Conner, another federal judge in Pennsylvania, likewise reached this outcome in a case called Teed v. Warden. Daniel Teed has convictions for conspiracy to commit sex trafficking of children, failure to register as a sex offender and failure to surrender for service of a sentence and a projected release date of Nov. 29, 2027.

Earlier this year, Mr. Teed filed a habeas petition in which he asked for a court order directing the BOP to deem him eligible for FSA Time Credits “during the time he was serving his first sentence.” As the reference to “first sentence” indicates, Mr. Teed, much like Mr. Keeling and Mr. Goodman, is currently serving concurrent terms of imprisonment for two of his convictions and has not yet started serving his consecutive term of imprison for his failing-to-register conviction.

But, just like Judge Tatenhove and Judge Brann, Judge Conner turned to 18 U.S.C. § 3584(c): “Consecutive ‘terms of imprisonment … shall be treated for administrative purposes as a single, aggregate term of imprisonment.’ ” “Thus,” he continued, “multiple sentences shall be aggregated to form a single sentence for computation purposes.” Accordingly, Judge Conner concluded, a federal court simply “cannot grant [Mr.] Teed the relief he seeks.”

The outcomes reached in these cases were the legally correct ones. 18 U.S.C. § 3584(c) could not be clearer: “Multiple terms of imprisonment ordered to run consecutively or concurrently shall be treated for administrative purposes as a single, aggregate term of imprisonment.” But the fact that this outcome is legally correct doesn’t mean it’s actually right. In fact, it doesn’t mean anything at all.

That was my point in this article I wrote for How to Justice last week about a decision from U.S. District Judge John W. Lungstrum, a federal judge in Kansas, in a case called Ahlers v. United States Department of Justice. Judge Lungstrum ruled that the BOP need not apply FSA Time Credits for employment on home confinement. The fact that the BOP has no obligation to apply those Credits, I wrote, doesn’t mean that the BOP shouldn’t.

The same is true when it comes to consecutive sentences. The purpose of the First Step Act was to get people out of prison and take concrete steps to decrease the likelihood that they’ll return to prison again. There is no better way to fulfill that purpose than through FSA Time Credits. And incentivizing participation in programs and activities designed to reduce recidivism is a good idea regardless of the intricacies of someone’s sentence.

The reality is that incarcerated people serving consecutive sentences for offenses that render them ineligible for FSA Time Credits will still leave prison eventually. Sure, that release date will be a year or so down the road if they can’t earn FSA Time Credits. But they’ll still leave eventually. So, who benefits from that extra time in prison that disincentivizes recidivism reduction and productivity? That’s not a rhetorical question. I’m actually asking because I have no idea.