Michigan Bills Would Support Both Crime Victims And Incarcerated People 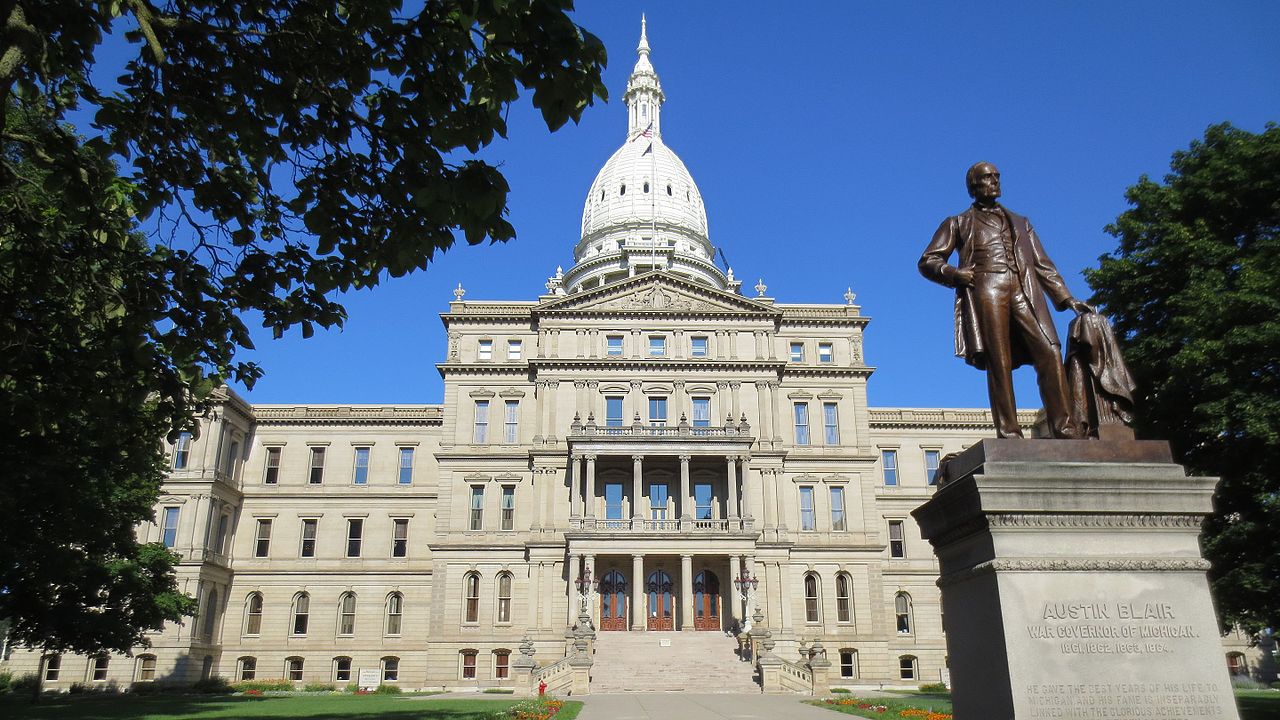 The idea that victims of violent crimes deserve more protections under the law is not a new one. Beginning in the 1980s, a push for victims rights led to the creation and adoption of Marsy’s Law. The law, which now exists in 10 states, creates new protections for victims. But many of those protections interfere with the rights of those accused or convicted of those crimes. But in late April, a bipartisan group of lawmakers in Michigan introduced a series of new bills that could change that relationship. The bills in the “Safer Michigan Act” challenge the notion that protections for crime victims and legal protections for those convicted of crimes must come at the expense of one another.

Previous “victim’s rights” bills like Marsy’s Law have resulted in fewer rights for the accused and longer prison sentences.

One of the central components of Marsy’s Law is that it gives victims and their families more of a say in how they participate in investigations and trials. Under the law, victims and their families can speak to a prosecutor before the accused enters a plea. They are also allowed to be present at other stages of the process, including sentence, parole hearings and release. Some critics have argued that this provision interferes with the due process rights of the accused.

Marsy’s Law also runs into issues with other constitutional rights of the accused. Under U.S. law, victims are required to share any and all evidence during the discovery process, as are the accused. But in the 10 states which have enacted some form of Marsy’s Law, victims do not have to share evidence with prosecutors. That’s true even if said evidence is exculpatory. This means that the victim of a crime could potentially have evidence that would exonerate the accused but would not be compelled to share it with the court.

In California, access to parole has gone down significantly since the state enacted Marsy’s Law in 2008. In 1990, 8% of the state’s prison population was serving a life sentence. By 2010 that number had increased to 20%.

At its heart, Marsy’s Law pits the rights of people who commit crimes against the people who have been impacted by those crimes. It sets up a zero-sum dichotomy in which protections for victims come at the expense of the accused.

With their new bill, the “Safer Michigan Act,” lawmakers in Michigan are attempting to change that equation. The package of seven bills originating in the State House (HB 4670-4677) creates and expands programs that help both victims and people convicted of crimes.

One of the bills, HB 4670, increases access to parole. It does so by allowing incarcerated people to shorten their sentences by participating in educational, vocational and rehabilitative programs. The sentence reductions are not insignificant. For example, people who complete a high school diploma, high school equivalency certificate or higher education degree can knock 120 days off of their sentence. People in prison can reduce their sentence by up to 20 days for each month they participate in approved programs. Overall, the bill would allow people to reduce their sentences by up to 20%. Another bill, HB 4671, adds language reflecting these new provisions into the parole process.

When it comes to victims, HB 4674 creates the most sweeping changes. The bill calls for the creation of a new agency that manages victims’ services. It also speeds up the compensation process and increases financial consideration. The bill ups the total award limit from $25,000 to $45,000. It also greatly increases the number and variety of issues for which victims can seek financial compensation.

Under HB 4674, victims would be able to be compensated for a much wider range of expenses. Items like the cost of moving, replacement services for domestic tasks, counseling and medical care would be included. It also doubles the weekly compensation for missed work and adds the cost of funerals and even small expenses such as memorial items and flowers to the compensated expense list. In essence, it takes into account a bigger picture of what people lose when they or their loved ones are the victims of violent crimes—a more nuanced and empathetic approach.

Victims would also gain important protections from HB 4675 and HB 4676. The former extends the deadline for filing victim compensation claims from one year to five years. It also allows people to file their claims electronically, rather than just in person or by mail. Under HB 4676, landlords would be prohibited from evicting tenants who were victims of violent crimes. They would also be forced to release tenants in those situations from their leases. In either case, victims would be required to provide multiple forms of evidence. Another bill, HB 4677, guarantees medical leave for victims of crimes.

The measure enjoys bipartisan support and could serve as a useful test case going forward.

Unlike Marsy’s Law, the “Safer Michigan Act” bills do not pit the rights of victims against the rights of the accused. In fact, it treats the two as inextricably linked. The traditional system of justice via punishment often leaves people convicted of crimes with few options when they leave prison. That, in turn, can lead to socioeconomic situations in which people are likely to re-offend, sometimes at the expense of other people. Michigan lawmakers are betting on the idea that by making it easier and more attractive for incarcerated people to create a better situation for themselves, they can reduce the likelihood that those people victimize other people.

And when it comes to victims, the “Safer Michigan Act” focuses more on the impact of violent crime. It looks to account for all the very human ways in which being the victim of violent crime can affect the life of that person and the people around them. Rather than provide gratification in the form of punishment, it provides practical assistance to help people move on with their lives.

It’s a different perspective on what justice is and what it looks like. If the bet pays off, the “Safer Michigan Act” bills could provide us with a model for a justice system that comes closer to respecting the human cost paid by both victims and the incarcerated.