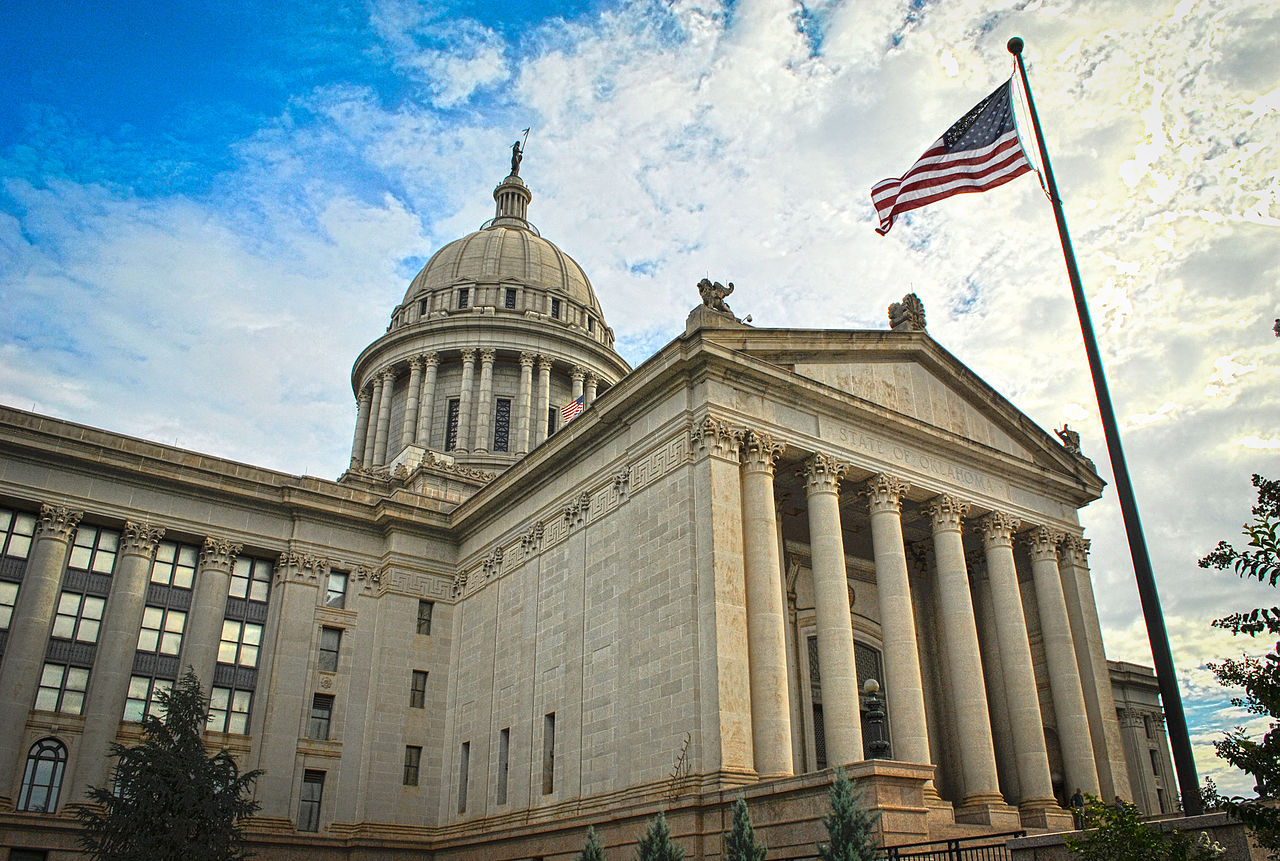 Oklahoma is among the reddest states in the United States. Incumbent Donald Trump won 65% of the popular vote in the 2020 election. Republicans control 38 of 48 seats in the state Senate and 82 of 101 seats in the House. Oklahoma might not seem like a likely candidate for a hotbed of prison reform, but a new package of bills suggests that even the reddest of the red states may be ready for change. That change, however, looks a little different from justice reforms in bluer states.

In 2019, Gov. Kevin Stitt signed HB 1269 into law. The law retroactively removed prison time for people convicted of low-level offenses such as simple drug posession. As a result, his office commuted the sentences of 674 people over the next eight months.

Before these people were to be released, Gov. Stitt’s wife Sarah Stitt visited a number of women’s prisons around the state. During these visits, she spoke with both incarcerated people and staff about the challenges of re-entry. As a result, she pushed for improved re-entry conditions for soon-to-be-released people.
The result is HB 1679, which legislators named after the first lady. The bill requires Oklahoma’s DOC to issue a series of essential documents to people leaving prison. Under the bill, the DOC would need to identify people who are set to leave incarceration within nine months of their date of release.

After identifying these people, the DOC would have to start gathering documents for the incarcerated person. The DOC would need to collect work records, a resume, a birth certificate, vocational training records, a four-year state ID and a Social Security card.

Oklahoma’s SB 320 is essentially the state’s version of the BOP’s compassionate release program. It applies to people in three different categories: near death, medically frail and medically vulnerable. The bill lays out the criteria for each of these categories.

People must be within six months of dying to be considered near death. The bill defines medically frail as being unable to perform two or more daily life functions, such as using the bathroom and eating. Medically vulnerable is defined as someone having one or more medical conditions that makes it likelier they could die if they contract an illness in prison. It lists people with cancer, HIV, cardiovascular disease and others among the list of people who fit this description.

If a DOC medical doctor certifies someone as belonging to one of these categories, the department must place them on the first available parole docket. There, they get a fast-tracked parole hearing. The parole board then decides if the person is a risk to society. If three members of the board approve medical parole, the board will grant parole.

In 2017, nearly 20% of Oklahoma’s incarcerated population was over the age of 50. The state’s aging prison population means that end-of-life care has naturally become more of a concern for the DOC.

To address this, lawmakers introduced HB 2567, which creates a hospice care training program specifically for currently incarcerated people. The program would train people in prison to serve as a nurse’s aide in hospice situations. It gives the Chief Medical Officer of the department oversight over the program. People who complete the program would be issued a certificate to certify their training.

One of the reasons Oklahoma was consistently at or near the top of the list of the country’s biggest incarcerators was its harsh sentencing laws. In 2015, there were more than 100 crimes that carried a mandatory minimum sentence of at least 20 years.

One of the bills being considered for this session is HB 2320. Under this bill, juries would have more discretion over sentencing. It would allow juries to recommend suspended or deferred sentences. However, the court would still have the final say over sentencing.

Across the country, failing to pay fees and fines is one of the leading causes of incarceration. According to a 2015 Presidential Council of Economic Advisors Issue Brief, “failure to pay” charges accounted for 20% of the entire incarcerated population in some jurisdictions.

SB 951 would allow police to cite someone instead of arresting them for failure to pay or failure to appear. The bill also allows courts to adjust or even waive payments if an individual lacks the ability to pay. It lays out a number of criteria, such as earnings capacity and an individual’s health status, to determine whether or not someone has the ability to pay their fines and fees. The bill prohibits jailing people for non-willful failure to pay.

Oklahoma has a different approach towards prison reform.

The bills in Oklahoma take a different approach to prison reform than those in states like New York and Colorado or cities like Baltimore and Washington, D.C… In those places, efforts focused more on releasing people from jails and prisons or putting fewer people in them.

Three of these bills, SB 320, HB 2320 and SB 951 have the potential to do that. However, both of those bills effectively leave the decision of whether or not to incarcerate or arrest someone up to other people. They do not eliminate or reduce Oklahoma’s extensive mandatory minimums. Nor do they eliminate the possibility of going to jail for not paying a fine. They merely allow an individual or group of individuals to decide whether or not someone should go to jail or prison. It’s not difficult to see where that might lead to disparate results depending on a person’s race or ethnicity.

A Move Towards Empathy?

In the case of HB 2567, the bill seeks to find a way to make the experience of dying in prison better for incarcerated people. While that won’t have the broad impact that, say, expanding home confinement might, it does at least reflect a sense of empathy towards the individuals in jails and prisons.

That same empathy is also reflected in HB 1679. Of the bills in this legislative session, the Sarah Stitt Act is the most systemic. It mandates a process for every prisoner, rather than leaving decisions about who does and does not deserve leniency or favorable treatment up to individuals. The bill looks to solve a major problem—that people get sent out into the world without the means to secure housing and employment that they need. And it does so with a simple, practical solution.

The prison reform efforts in Oklahoma may seem minor in comparison to other efforts around the country. However, they do reflect the growing popularity of prison reform as a bipartisan issue. GOP lawmakers in Oklahoma face no real pressure from progressives in their state. Their massive advantages in both houses of the legislature mean that they only need to be beholden to conservative voters. The fact that the state is moving forward with prison reform at all shows the progress that activists have made on the issue. Or, perhaps, that the collective weight of being the world’s most prolific incarcerator has reached a tipping point.