Prison Labor: A Billion-Dollar Industry Paying Cents On The Dollar 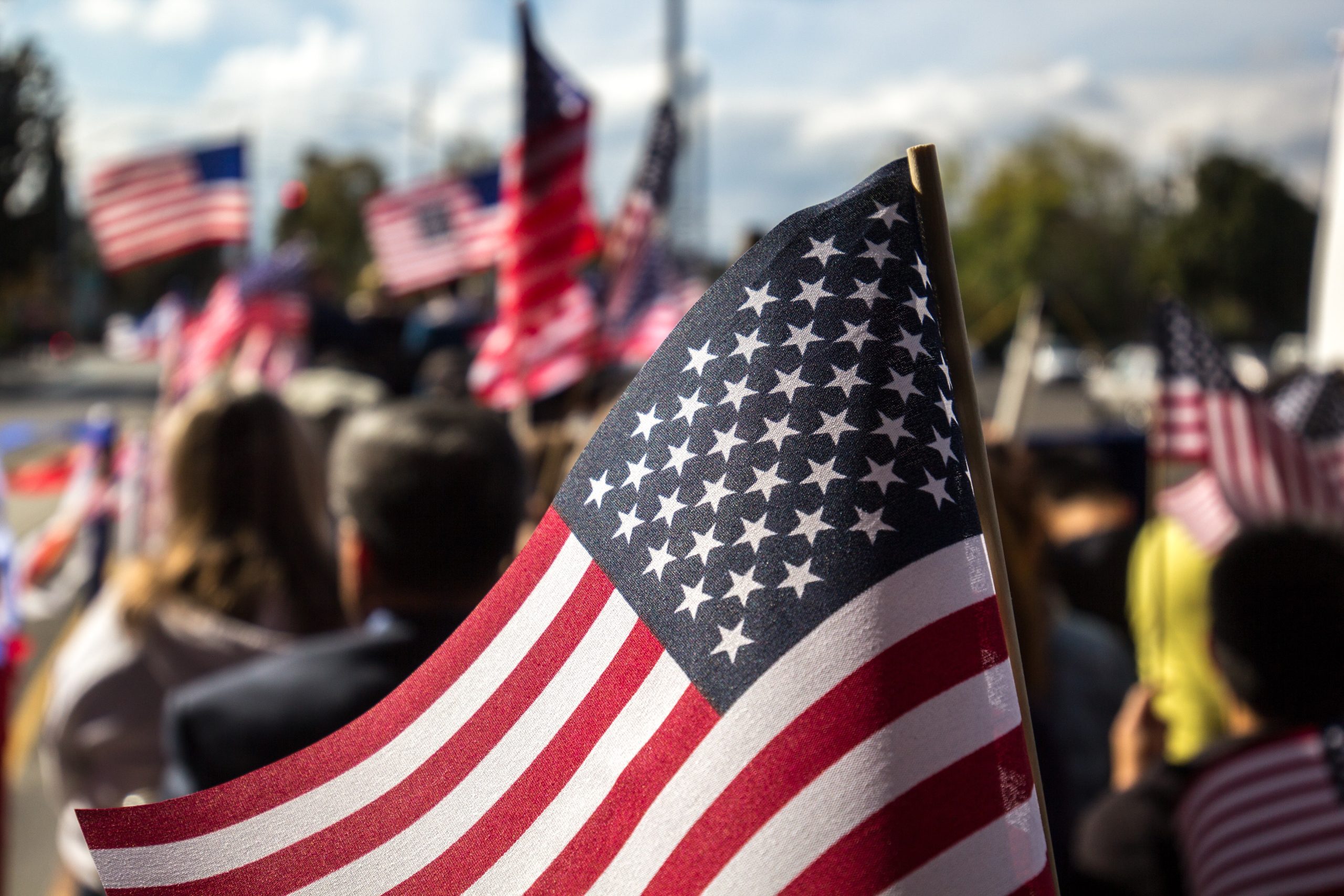 Slavery is legal in the United States. The legality of slavery isn’t an anomaly. It’s not even an accident. In fact, it took less than two years — for context, that’s significantly less time than the COVID-19 pandemic has lasted — from when President Abraham Lincoln signed the Emancipation Proclamation for the United States Congress to preserve slavery’s place in the roots of our nation for decades to come.

Specifically, the Thirteenth Amendment, which Congress passed in early 1865 and was ratified later that year, expressly endorses the practice of slavery “as a punishment for crime….” Sure, the amendment also states that “[n]either slavery nor involuntary servitude … shall exist within the United States, or any place subject to their jurisdiction.” And it also grants “Congress [the] power to enforce this article by appropriate legislation.” But it also carves out a gigantic exception that has stood the test of time: “except as a punishment for a crime whereof the party shall have been duly convicted….”

It’s been almost a century and a half since Congress has made this decision. Yet the exception allowing for modern slavery “as a punishment for a crime” has lived on, creating a situation where the Bureau of Prisons can publicly acknowledge that it literally forces every medically able American in its custody to work for “12¢ to 40¢ per hour” and face no criticism or pushback whatsoever.

And any time an incarcerated person tries to challenge this form of slavery in the U.S., courts clearly and quickly shoot them down, holding, as a federal appellate-court judge has explained, “that inmates sentenced to incarceration cannot state a viable Thirteenth Amendment claim if the prison system requires them to work.”

Most Americans don’t know that slavery is still legal in the United States.

And with a back-and-forth in the media over how we think and talk about slavery now — with some arguing we need to confront our past and others saying it’s time to let it go — it’s no wonder Americans view slavery as a thing of the past. But slavery, including slavery right here at home, isn’t a thing of the past. In fact, slavery’s grasp on the U.S. is probably more current than you realize.

Outside of the walls of our country’s prisons, more than 400,000 people live in conditions considered to be modern slavery today. As Micah Hartmann wrote for The Exodus Road back in 2018, “[s]lavery exists all over America — and it’s often hiding in plain sight.” Hartmann outlines how immigrants, LGBTQ+ people, children and other vulnerable populations find themselves subject to forced labor, forced sexual exploitation and forced marriage every single day.

But this kind of slavery, while very much alive and well in the U.S., is illegal. And, if caught and prosecuted (admittedly a giant “if”), the perpetrators can find themselves behind bars for decades. Paradoxically, that’s also where the other form of slavery is alive and well — and legal.

As indicated above, anyone in BOP custody who is medically able to work must work. With roughly 150,000 people locked up in BOP facilities, it’s safe to assume that’s 100,000 people the BOP can force to work. And, when you consider all of the other prisons across the U.S., the ACLU estimates the total number to be close to 800,000.

But courts routinely hold that forced labor in prison is A-OK in the U.S.

Incarcerated people challenge forced prison labor in courts across the country all the time. And they lose in every single case. A short and sweet opinion from Judge Edith H. Jones, a federal appellate-court judge on the U.S. Court of Appeals for the Fifth Circuit appointed by President Ronald Reagan, shows how easy these cases come and go in the U.S. legal system.

“This appeal leads us to reiterate that inmates sentenced to incarceration cannot state a viable Thirteenth Amendment claim if the prison system requires them to work,” Judge Jones started her opinion in a 2001 case called Ali v Johnson. After noting that numerous courts have already held “that forcing inmates to work without pay, and compelling them to work on private property without pay, do[es] not violate the Thirteenth Amendment,” Judge Jones affirmed a lower court’s dismissal of the plaintiff’s lawsuit.

If you look up the decision on Westlaw, it’s only two pages long. Because that’s how straightforward this area of law is. The government can force people to work against their will so long as they’ve been convicted of a crime and the involuntary servitude is used “as a punishment for crime….” That’s it.

Yet, with wages of around “12¢ to 40¢ per hour” or less, companies can make a lot of money off forced labor in prisons. According to an ACLU report from earlier this year, incarcerated workers in the United States produce at least $2 billion in goods every year. These workers also produce roughly $9 billion in terms of prison maintenance. And, the ACLU says, these estimates are probably quite a bit lower than the real figures.

There’s a lot of money to be made off of prison labor — in the U.S. and abroad.

Even though most Americans don’t know it, slavery isn’t a part of American history; it’s a part of America. Ironically, if this part of America happens anywhere else, it’s the United States that intervenes. As Yuan Yang wrote for The Financial Times back in 2018, “[p]rison labour is common in China, where the law states that prisoners able to work must do so….”

If that sounds familiar, that’s because it is. As it states on the BOP’s website, in the U.S., like in China, “[s]entenced inmates are required to work if they are medically able.” Yet, a few years ago, the U.S. started blocking imports officials believed were made with prison labor in China, with U.S. media outlets describing prison labor in China as “an ugly and opaque corner of [the country’s] giant manufacturing and trade sector.”

One company that has faced scrutiny over its alleged use of Chinese prison labor is Walmart. Yang’s piece in The Financial Times, for example, cited a story about a woman from Arizona who found a handwritten note in a Walmart handbag. “Prisoners in the Yingshan Prison in Guangxi, China are working 14 hours everyday,” the note said. “Whoever doesn’t finish his work will be beat … Being a prisoner in China is worse than being … a dog in the US.”

Walmart, of course, denies using slave labor. A spokesperson told Yang that the company “regularly assess[es] factories and [has] systems in place to investigate complaints.” But it wasn’t that long ago that Al Norman, a contributor for The Huffington Post, published a piece describing how Walmart relies on U.S. prison labor, albeit indirectly through liquidators, to “demanufacture” overstock merchandise, damaged goods and excess inventory.

Some lawmakers want to end slavery in the U.S. for good. Others clearly don’t.

The good news is that some lawmakers are ready for a change. For example, some states are weighing whether to apply minimum-wage laws to incarcerated people. And some lawmakers are aiming even higher. Earlier this year, Congresswoman Nikema Williams (R-GA) made headlines for her role in leading the legislative effort to remove the “as a punishment for a crime” exception from the Thirteenth Amendment’s prohibition against slavery.

“We’re building towards the future, we’re correcting those things from the past and this is one of those stains of our past that we absolutely need to address,” Williams told news outlets. Williams said that the proposed amendment had 130 sponsors. But, because it seeks to amend a constitutional amendment, it’ll need wide-spread support from both Democratic and Republican lawmakers to actually make a difference. And, as of now, that widespread support seems unlikely.

Congressman Ralph Norman (R-SC) told the media that he supports forced labor in U.S. prisons. “Prison is not a bed & breakfast,” he said. “[A]nd it’s not asking too much for convicted criminals to work, especially since the rest of society is shouldered with the massive costs of their incarceration.” Norman, who has an estimated net worth of $18.3 million and started working for his father’s business right out of college, described the effort to prohibit forced prison labor in the U.S. as being “soft on crime.”