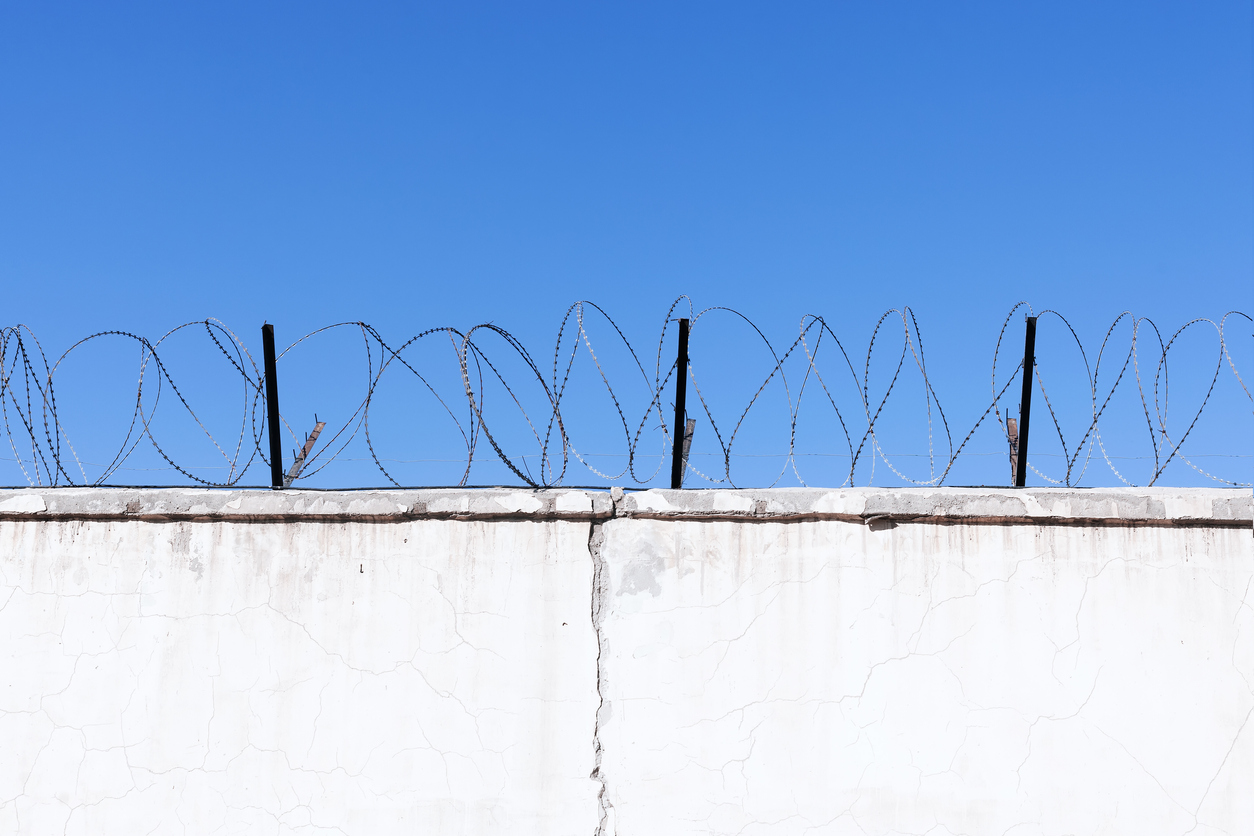 08 May Explainer: The Prison Industrial Complex and Modern Slavery

At its core, the prison industrial complex refers to the ways in which government and industry look to policing, incarceration and surveillance as solutions to socioeconomic and sociopolitical problems. Put another way, it’s a symbiotic relationship between police departments, court systems, probation offices, transportation companies, food service providers, and many others; all of which ultimately benefit from maintaining incarceration. In theory, the goal of the justice system is just that: justice. However, the prison industry is deeply rooted in slavery and has, some argue, modernized state-sponsored slave labor.

Why do we call it the prison industrial complex?

One of the trickiest obstacles for justice advocates is trying to fix a problem that doesn’t have a name. This is especially true when an issue is complex or multifaceted. By coining the phrase prison industrial complex, activists can better “identify the expansive network of people and parties with vested interests in mass incarceration.” According to Tufts University Prison Divestment, the United States has a higher rate of incarceration than any other nation. There are many factors which contribute to mass incarceration, many of which researchers trace back to the prison industry.

With so much attention on justice reform and policing, the racial disparities in America’s prisons are now a well-known subject. This is due, in large part, to the War on Drugs. One of former President Richard Nixon’s closest advisors admitted that the War on Drugs was a calculated effort to criminalize Black communities.

What may be less obvious, though, is how immigration detention centers factor into the prison industry. Tufts researchers note that privately owned detention centers “have become the default for imprisoning undocumented immigrants for indeterminate amounts of time.”

How does industry relate to mass incarceration?

During her research for Prisons Make Us Safer, journalist Victoria Law found that one pervasive myth about the justice system is that incarceration is a deterrent against crime. However, states also depend on meeting quotas inside their prisons because prison labor helps drive local economies. Private prisons capitalize on mass incarceration and use prison labor to bank large profits. As the ACLU notes, private prisons expand in direct correlation to the rising number of incarcerated Americans. Their research found that two private prison companies amassed more than $3 billion in 2010.

The draw for state officials is that many believe private prisons save states money. However, private prison companies set minimum incarceration rates. If states fail to populate the prison as agreed, the state may have to foot the bill for lost revenue. Private prisons also do not have the same standards for living conditions. That is why, according to the ACLU, incarcerated people in private prisons can often live in squalor and develop medical issues. Some reporting shows that high employee turnover plagues the prison industry due to working conditions and extreme stress on the job as well. High turnover and overcrowding have significant effects on the mental health of both staff and incarcerated people.

Prison labor’s historical roots show how it was used to counteract the elimination of slave labor across the South.

The prison industry did not become a form of compelled, low-cost labor overnight; officials intended to use prison labor to counteract the elimination of slave labor and rebuild economies across the South. Slavery was an essential industry in early America. Slave labor allowed landowners and businessmen to expand their enterprises without paying workers. After the Civil War, that free labor source went away. But many states were entrenched in an economic model that relied on free labor. Prisons offered a convenient and official way to maintain segregation, use free labor to drive industry and largely eliminate Black citizens from the American labor market.

Jabari Asim explains that “The idea that African Americans can commit a crime simply by existing is more than just a deeply entrenched racist misconception; it is also an idea rooted in capitalism’s need for a cheap, exploitable labor force.” Asim also highlights how states maintained free labor inside prisons even after convict-leasing disappeared. Private prisons, he notes, are specifically designed so that they can profit from the nearly free labor provided by incarcerated people.

“The prison-industrial complex is not a conspiracy, guiding the nation’s criminal-justice policy behind closed doors. It is a confluence of special interests that has given prison construction in the United States a seemingly unstoppable momentum. It is composed of politicians, both liberal and conservative, who have used the fear of crime to gain votes; impoverished rural areas where prisons have become a cornerstone of economic development; private companies that regard the roughly $35 billion spent each year on corrections not as a burden on American taxpayers but as a lucrative market,” wrote Eric Schlosser.

Incarceration rates exploded during the 1990s and into the 2000s. One major factor for the sudden boom in prison populations was the use of mandatory minimum sentencing. As a result, the United States built a new prison every 10 days from 1990 to 2005. All told, America opened 544 new correctional facilities in 15 years.

What is next for the prison industrial complex?

Between the COVID-19 pandemic and wide-ranging justice reform activism, many hope to see incarceration rates drop in the near future. The First Step Act, signed into law by former President Donald Trump, amends mandatory sentencing laws and imposes several changes to reduce recidivism. On its own, the measure is not enough to effectively reverse course and dismantle the prison industrial complex, though.

That’s why some reformers are pushing President Joe Biden to take the next step on justice reform — both with new legislation and with implementing what has already become law. Some of the changes that lawmakers have already proposed include further reducing mandatory sentences, protecting voting rights for formerly incarcerated people and creating pathways to seal records for drug convictions.

President Biden signaled a commitment to eliminating private prisons during his first 100 days in office. Specifically, he signed an executive order which halted the Department of Justice’s use of private prisons. The order purports to reprioritize efforts, focusing on rehabilitation instead. It also eliminates incentives driven by profit, so that prison officials will no longer benefit from exploiting forced prison labor. President Biden plans to do this by first moving away from federal reliance on private prisons and private detention centers.

But Biden’s executive order can easily be overturned by the next president. In addition, the order focuses specifically on private prisons that contract with the Department of Justice. States, immigration detention centers and other facilities are still free to work with private prisons. They have no requirement to put an end to profit-driven incentives for prison facilities. Until other entities identify a viable alternative to for-profit incarceration, it seems unlikely that the prison industrial complex will go away.