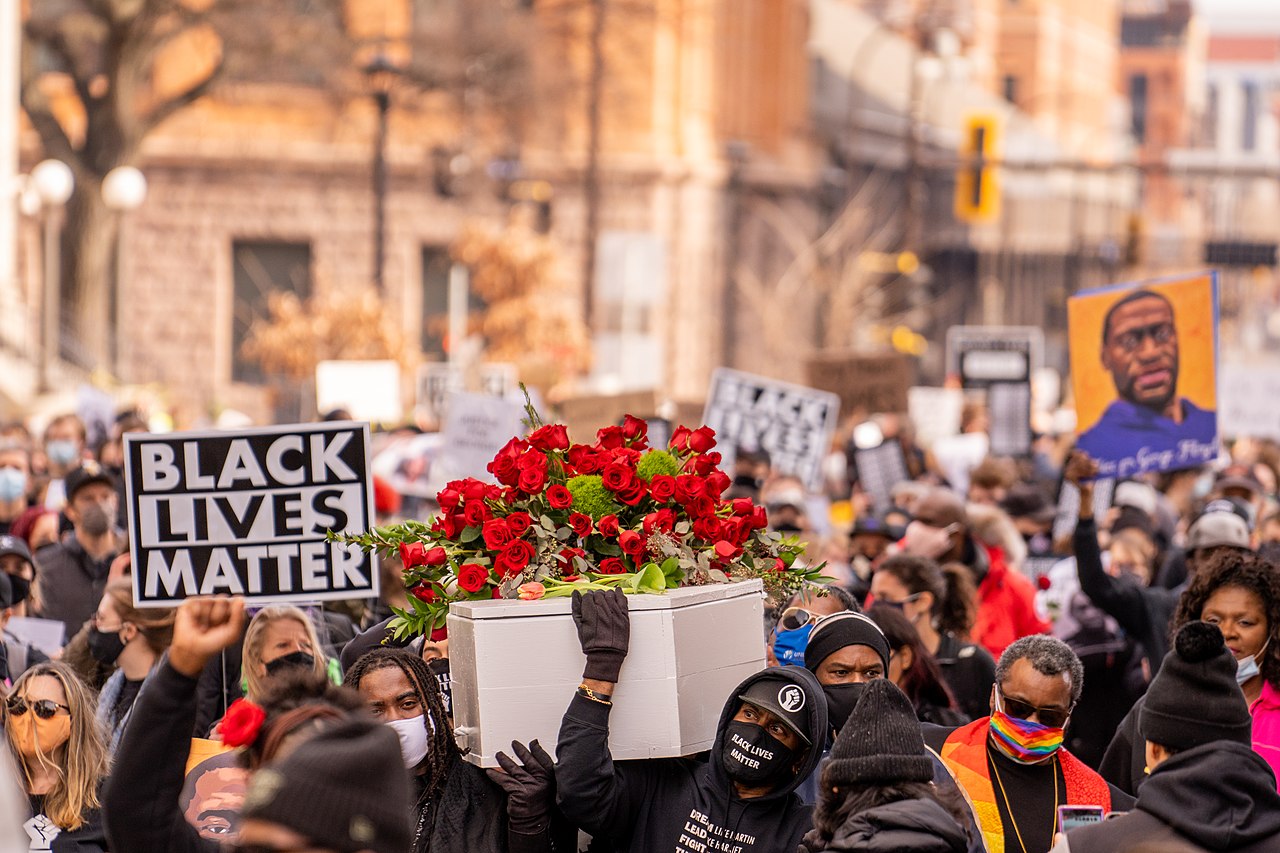 The death of George Floyd in May 2020 caused an eruption of protests across the country. Witnesses have called it murder. Derek Chauvin, the officer charged with Floyd’s death, calls it reasonable use-of-force. Now, his defense is arguing that Chauvin did what he was trained to do. In other words, the defense maintains that the police department trained Chauvin to kill citizens. Even those who are prone, handcuffed, and compliant. While this defense may seem absurd, police departments have a dark and troubled history with use-of-force, especially as it is applied to non-white citizens.

Police brutality has dominated headlines for at least the last decade. But the history of police assaulting citizens is as old as the institution. When video surfaced of officers beating Rodney King back in 1992, the violence shocked many Americans. Black leaders explained then that the violence wasn’t new. It was common. And for the next ten years, news cycles remained relatively uninvested in covering cases of police brutality. Then George Zimmerman shot and killed Trayvon Martin. Emergency operators captured the entire encounter on tape.

Trayvon Martin sparked a new and more vigorous call for police reform. Social media, which did not exist in 1992, became an effective platform for sharing information and publicizing police brutality cases. And users quickly realized that video evidence helped posts go viral. The public dissemination of video evidence, especially that of bystanders, also made it harder for police departments to control the narrative. Now, almost ten years after Zimmerman killed Martin, almost all social media users are aware that use-of-force is a major problem in American police departments.

Derek Chauvin justifies his use-of-force, claims George Floyd resisted even while prone on the cement.

Derek Chauvin faces charges that include second-degree murder and manslaughter. Video evidence is playing a major role in the trial. The convenience store recorded George Floyd before police arrived on the scene. Witnesses captured Floyd’s murder from numerous angles. Even Chauvin’s body cam recorded the altercation. And yet Chauvin’s defense team is still trying to control the narrative. They dispute Floyd’s cause of death and describe a far more contentious encounter than video suggests.

The most alarming claim by the defense, though, is that Derek Chauvin did what he was supposed to do. This comes almost one year after George Floyd died as Chauvin pinned him to the ground. “You will learn that Derek Chauvin did exactly what he had been trained to do over the course of his 19-year career,” his defense argued. The statement immediately flooded social media feeds and news headlines. For some, it reinforces arguments that the police do not protect citizens, and they are not committed to de-escalation tactics.

Body cam footage of George Floyd’s murder is a perfect example. Even before Derek Chauvin arrives on scene, officers continually ignore Floyd’s pleas. Though he sits calmly on the sidewalk, officers move to place him in a squad car. He pleads to remain outside the vehicle as officers scream at him to comply and physically force him into the vehicle. Floyd repeatedly tells them that he is claustrophobic and that he is in pain, but the officers continue to ignore him.

The police chief and others insist that Derek Chauvin did not follow use-of-force rules when he pinned George Floyd to the ground.

“Once Mr. Floyd had stopped resisting – and certainly once he was in distress and trying to verbalize that – that should have stopped,” Police Chief Medaria Arradondo testified during the trial. “There’s an initial reasonableness of trying to just get him under control in the first few seconds, but once there was no longer any resistance, and clearly when Mr. Floyd was no longer responsive and even motionless, to continue to apply that level of force to a person proned out, handcuffed behind their back, that in no way shape or form is anything that is by policy, part of our training and is certainly not part of our ethics or values.”

Witnesses may argue that Derek Chauvin operated outside protocols, but others say these methods aren’t new for the former police officer. Zoya Code recounted an almost identical encounter with Derek Chauvin. She, too, was handcuffed and pinned to the ground where Chauvin then put a knee against her neck. Like Floyd, Code says she pleaded with Chauvin to remove his knee so that she could breathe. And she’s not alone. As many as six individuals have had similar experiences with Chauvin.

Notably, there is no record of Derek Chauvin receiving reprimands for any of the six encounters. Yet two people say they filed official complaints with the department for Chauvin’s use-of-force. In fact, Chauvin received over 20 formal complaints during his career, but the department disciplined him just one time. Though only Code’s testimony can be used in Chauvin’s trial, his defense team dismissed all six arrests. They say that Chauvin did not commit any crime in applying chokeholds and that his supervisors cleared him of any wrongdoing each time.

So, Chief Arradondo may distance the department from Chauvin’s actions, but the department also enabled Chauvin repeatedly. By absolving Chauvin of responsibility again and again, supervisors tacitly supported his use of chokeholds. But Chauvin is far from the only officer to use chokeholds. In fact, Floyd’s murder inspired legislation to ban chokeholds in many areas. Unfortunately, the evidence suggests that such bans will not have much effect on policing.

Police reform is sweeping the nation. Some of the more pervasive changes include decriminalizing mental illness and addiction. Some states are also getting rid of qualified immunity. But what Derek Chauvin’s trial highlights is the need for more police accountability and more transparency about use-of-force. Police departments also must take complaints more seriously, addressing violations of department policy before it’s too late. If any one of Chauvin’s supervisors had disciplined the former officer for his use of chokeholds, Floyd might still be alive.