Chauvin’s Choice of Force Versus Police Use of Force Training 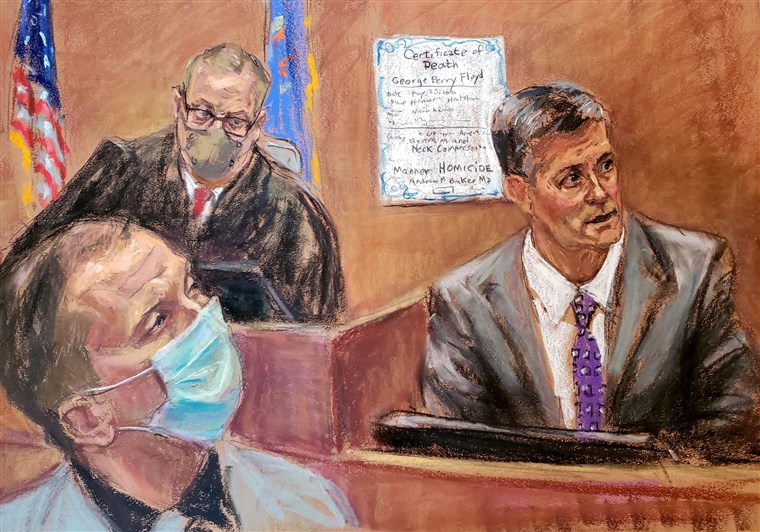 The Derek Chauvin trial puts use-of-force training at the forefront of police reform discussions as people anticipate the outcome and its meaning to the future of police accountability. Chauvin is on trial for pushing his knee down on George Floyd’s neck until he died. The video of Floyd’s death shows him losing consciousness and posing no threat to officers. The Chauvin trial brings into question the training capabilities of police departments and the choices officers make outside of their training.

All police departments have training standards. But, even after repeated use-of-force incidents, it’s extremely rare for a police officer to face charges for wrongdoing. And it’s even more rare for them to actually face a conviction. All police departments have training standards. But, even with repeated incidents, many officers avoid accountability after they unnecessarily use force. Justice advocates are hoping that the Chauvin trial results in justice for Floyd. There is also hope that a guilty verdict could reshape training within police departments and lead to accountability for the future use of unnecessary force.

Minnesota has updated its statutes regarding use of force. Section 609.06 now bans officers from using chokeholds or any mechanism that would block the windpipe of an individual. This new statute is now in place to prevent officers from making the choice Chauvin did.

Is it enough to prevent unnecessary deaths though? The statute might appease at face value. However, further dissection of the language shows that though the chokeholds have been banned, there is a fundamental flaw that remains. The statute alludes to Section 609.066, which allows any force if deadly force is necessary. Within itself, one section is banning chokeholds, but only if it is an unnecessary use.

The Minneapolis Police Department has also changed its procedural manual in recent months. The changes are made in response to the state’s new statutes and the attention surrounding Floyd’s killing. The manual contains several sections regarding the use of force. The department outlines different levels of force and the importance of de-escalation in use-of-force incidents. It prohibits officers from using deadly force against someone who is in restraints. Chokeholds are banned but are still permissible by Minnesota if it is necessary to prevent death or serious injury.

There have been revisions to the language — almost monthly — by both the state and the police department. The changes will continue as the trial proceeds. The verdict will also bring about increased changes. Both the state and the department have been reluctant to appease the public, but continued allowance of deadly force will likely keep the public reaching for reform.

The Minneapolis Police Department still allocates funds for outside training.

Adding to the issue of receiving training that doesn’t align with department policy, another issue is the money departments allocate to send officers to this training. This is pivotal in the argument for defunding police, because taxpayers are the main source of revenue in police department budgets. Police departments could refocus internal police training, which is less costly than external courses. This could allow reallocation of money in areas that are lacking, such as proper training for dealing with use-of-force and being able to recognize abuse of force.

There is no reason that an officer should not be able to recognize that restricting a person’s airway while they are face down on the ground, in handcuffs and not resisting is an abuse of power. The argument of being a rookie and believing a senior officer has the authority to asphyxiate a non-combative arrestee is tough to believe. Ensuring that every officer receives training internally allows the department to ensure an incident does not repeat itself. This also means a reduction of spending funds on outside courses

Even other police officers view Chauvin’s use of force as a problem.

The public outcry demanding for police reform remains widely covered by the media. It is clear how many in the public feel about Chauvin’s excessive use of force. The media has not, however, widely covered the opinion of law enforcement officers in regards to the incident.

Since the beginning of the Chauvin Trial, The New York Times reports that officers testified that Chauvin used excessive force. The longest standing officer with the Minneapolis Police Department, Lieutenant Richard Zimmerman, took the stand and testified that Chauvin’s use of force was “totally unnecessary” and that “officers are trained to get individuals out of the prone position as quickly as possible.” Other officers also gave testimony that the deadly use of force in this incident is unjust.

But will proper training actually stop an officer from abusing power?

All police officers on scene during Floyd’s arrest received training on how to properly handle an arrestee. They all knew the standards in regards to use-of-force situations. It is clear that even with training this officer took matters into his own knee and practiced excessive force. Why? Because he believed he could.

Time and time again, we see officers using excessive force with no real consequences for them. Thus far, the Chauvin trial has proven that both members of the public and officers of the MPD do not agree with the force he used. The milestone of public and police agreement on Chauvin’s excessive use of force moves us towards ending qualified immunity for police officers who abuse their power. Police officers will be unable to take lives without being held accountable.

What comes next for police departments?

The Chauvin trial will remain closely watched by all those who expect more from the justice system. Lawmakers within the government continue to work on what has been coined the George Floyd Bill as it moves into the Senate. The bill extends to all police departments within the United States.

Chauvin chose to practice his own use-of-force, and his choice cost George Floyd his life. Officers have taken other lives where the force is deemed unnecessary. Though convictions of police officers who are practicing unnecessary excessive force do not bring back the lives of those taken, it is a start in holding police accountable for their actions