Excluding People With Criminal Records from Serving on Juries 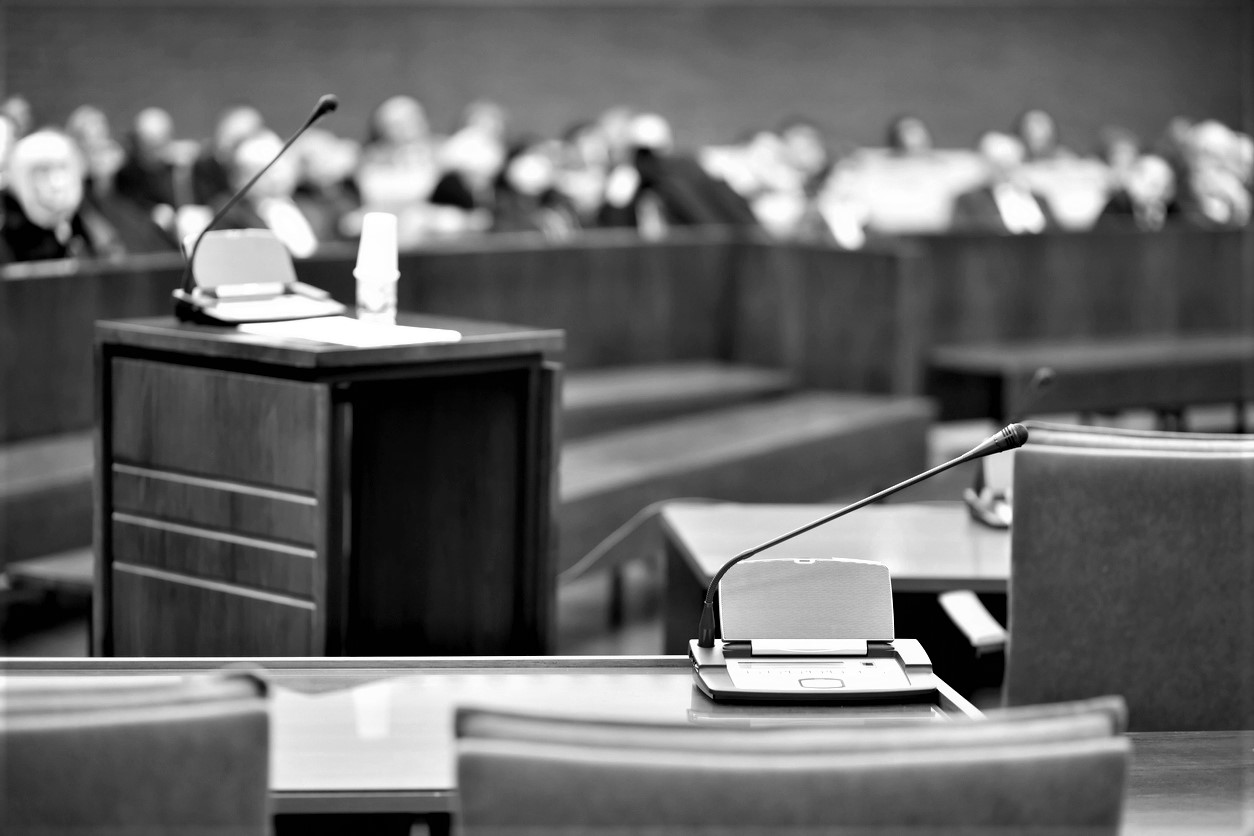 13 Jun Excluding People With Criminal Records from Serving on Juries

The American justice system is predicated on the idea that justice includes the right to a fair trial. Part of the vision for a fair trial includes presenting the case in front of a jury of the defendant’s peers. Prosecutors work to identify the jurors most likely to convict the defendant; defense lawyers look for jurors that may best empathize with the defendant or elements of the defense argument. One practice that biases toward conviction is state laws that exclude people with criminal records from jury duty.

State laws almost always exclude justice-impacted people from jury duty, which can lead to some races being underrepresented in juries.

Systemic issues within the justice system make people of color more vulnerable before and during trial. It is not legal to exclude jurors on the basis of race. However, lawyers have identified ways to cultivate juries without explicitly violating racial discrimination laws. As Vox explains, the danger of racially homogenous juries is well-documented. Lawyers even receive training on how to exclude jury members on the basis of race without violating the law. But laws that exclude people with criminal records from serving on a jury whitewash juries by default.

As of May 2021, 44 states have laws which ban people with felony convictions from serving on a jury. Six states even ban those with misdemeanor convictions. The same report shows that seven states actually exclude people with pending charges from jury duty. These laws “reduce the chances that a criminal defendant will have a ‘jury of his peers’ and will more likely have a jury of people who are starkly different from him or her,” thereby exposing defendants to juries more likely to convict.

“Prosecutors continue to demonstrate a propensity to exercise peremptory challenges against jurors of color, and when Batson claims from their adversaries require them to justify these peremptory challenges, they often cite as a justification a connection between the challenged juror and the criminal justice system,” Roberts writes.

The exclusion of justice-impacted people from jury duty dates back to the founding fathers.

James Binnall, a law professor at California State University, explains that states justify excluding people with a felony conviction from juries for two reasons. First, those with a felony conviction do not have the moral character to serve. Second, states are afraid that prior convictions will bias jury members against the prosecution. When Binnall studied those claims, his research showed that people with felony convictions are not inherently biased against prosecutors. Further, Binnall notes, police are decidedly pro-prosecution, yet states do not prohibit police officers from serving on juries.

The law office of Rehmeyer and Allatt make a strong case for including people with felony convictions on juries. They cite data that shows about one-third of Black Americans cannot serve on a jury due to criminal conviction; one of the most common challenges against Black jurors is a connection to the criminal justice system. All-white juries are more likely to convict a person of color. Racially heterogenous juries, however, show no clear racial bias in verdicts at all, they also note. People with felony convictions also proved to be exemplary jurors, according to the law office.

While felony disenfranchisement frequently highlights the injustice of excluding people with felony convictions from voting, barring them from jury duty helps perpetuate the very problems that recent justice reform seeks to address. Some states, however, are working to address the issue. Louisiana and New York failed to pass bills that would reform exclusions related to felony conviction. Senate Bill 310 in California restored the right to serve on a jury for people with a felony conviction, though.

According to “Whitewashing the Jury Box,” an extensive study prepared by Berkeley Law, most preemptory challenges from prosecutors still target Black and Latinx individuals. The authors found that prosecutors most often justify this exclusion by citing implicit bias against law enforcement and the criminal justice system. The primary reason, according to the report, is because Batson challenges almost never succeed. Another reason, though, is because California uses lists of registered voters to pool jurors. Due to felony disenfranchisement, this procedure disproportionately eliminates people of color from jury pools automatically.

The Supreme Court supports the proposition that jury lists which do not represent the community violate constitutional rights.

In Taylor v. Louisiana, the United States Supreme Court delivered an opinion that “the selection of a petit jury from a representative cross section of the community is an essential component of the Sixth Amendment right to a jury trial.” However, defendants challenging a violation of this statute must show evidence of “systemic exclusion” of a “distinctive” group. Thus, using voter registration or motor vehicle records to pool jury members is not explicitly illegal because it does not specifically work to exclude any one group.

Brian C. Kalt, author of “The Exlcusion of Felons from Jury Services,” advises that “in a system of otherwise inclusive jury venires and carefully selected jury panels, casting out every felon in every case, forever, is excessive…While a successful campaign has been waged against felon disenfranchisement, felon exclusion has been largely ignored. Whether or not it should continue as the majority rule is a matter on which reasonable minds can disagree, but not one that they should ignore any longer.”

As Kalt presents in his substantial review of excluding people with a criminal record from jury duty, the issue is not so much that exclusion is against the law. Rather, the issue is that exclusion laws work against the notion of fair and impartial juries, not protect them. Racially heterogenous juries deliberate more and show less bias. The only way to ensure a more fair jury composition is to reform exclusion laws alongside other felony disenfranchisement reform measures.

As of now, the exclusion of people with felony convictions is the majority practice in the United States. Some states still retain laws which also exclude those with misdemeanor convictions and/or pending charges.