Is a “Tone of Voice” Jury Challenge Race-Neutral? 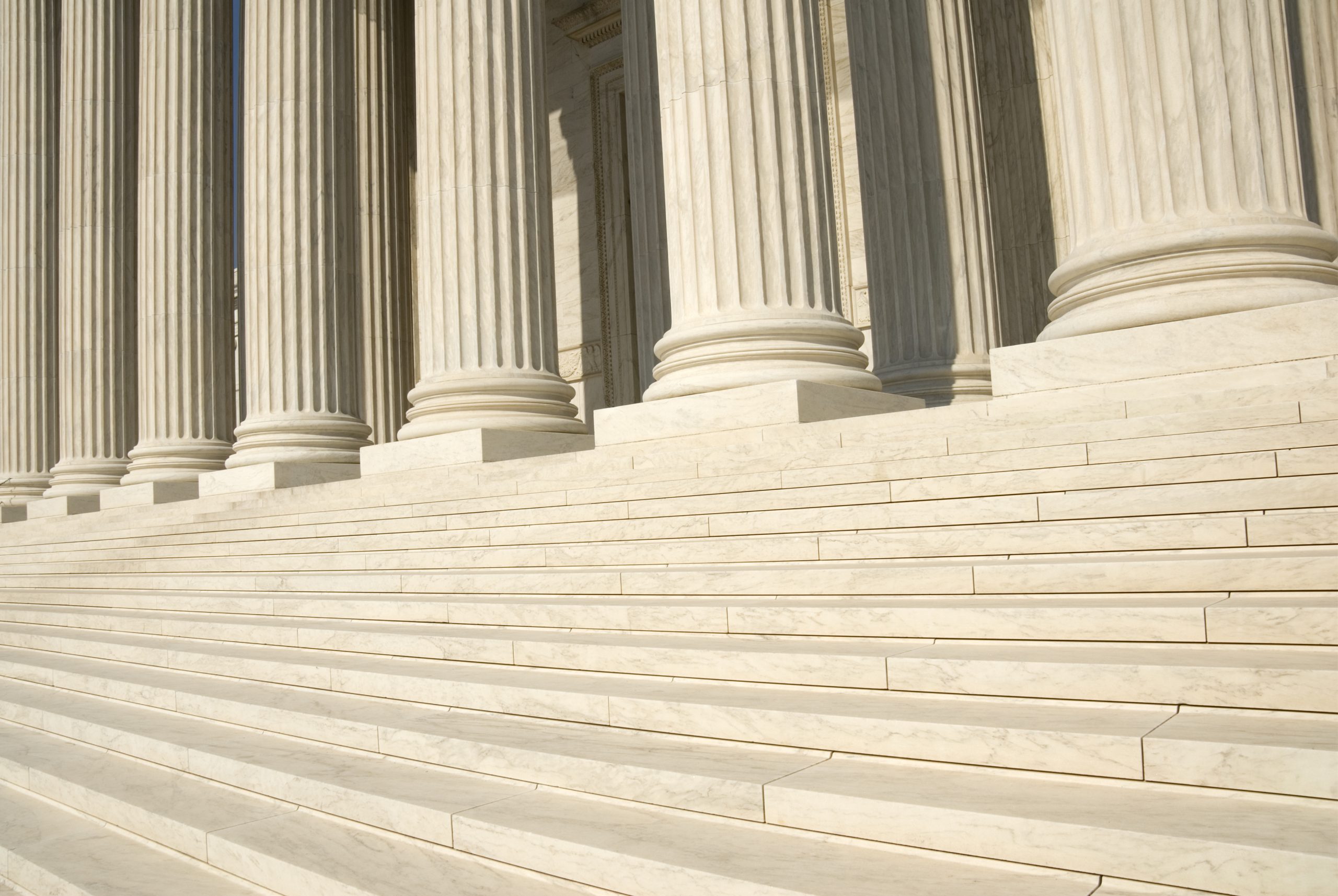 29 Dec Is a “Tone of Voice” Jury Challenge Race-Neutral?

Defendants in criminal cases have a constitutional right to a jury of their peers. But courts have made it clear that they don’t have the right to a jury of their own race. After all, racially discriminatory jury practices can exist in courts all over the country. So, when a prosecutor strikes a juror for their “tone of voice,” is that one of the impermissible jury challenges based on race? At a minimum, the North Carolina Court of Appeals held earlier this year, a court has to at least address it.

Alexander is Black. Of the 34 potential jurors in his case, just one, “Mr. Robinson,” was also Black.

The Prosecutor Struck Mr. Robinson from the Jury Based on (Among Other Things) His “Tone of Voice”

When the prosecutor questioned Robinson, he discussed his employment history, his wife’s online classes and a previously dismissed child-abuse charge against him. After that, the prosecutor used a peremptory strike to remove Robinson from the jury.

Peremptory challenges let the parties keep individuals from the jury without giving a reason. But, under the Sixth Amendment to the U.S. Constitution and Article I, Sections 24 and 25 of the North Carolina Constitution, a defendant in a criminal prosecution has the right to be tried by a jury of his or her peers. This constitutional guarantee prevents prosecutors from “systematically and arbitrarily” excluding jurors based on race.

Alexander’s attorney objected, arguing that the prosecution struck the only Black juror from the jury based on his race. This placed the burden on the prosecutor to offer “race neutral” reasons for the objection.

In response, the prosecutor cited Robinson’s “tone of voice,” his purported “reluctan[ce] to talk about” losing his job and his lack of current employment. The prosecutor also emphasized the fact that he apparently didn’t know which online school his wife’s classes were from as well as the dismissed child-abuse charge.

Alexander’s counsel responded that all of these reasons were pretextual. He pointed to the fact that another White juror had joined the jury despite a criminal record. Alexander’s attorney also took issue with the prosecutor’s emphasis on Robinson’s “tone of voice,” which may, he argued, “show some racial issues.”

Judge Gullett Allowed the Prosecutor’s Jury Challenge as Race Neutral, But the Court of Appeals Sent the Case Back

The jury ultimately convicted Alexander, and he appealed, arguing that the prosecutor’s objected violated the rule against jury challenges based on race. And, in a unanimous opinion, the Court of Appeals sent the case back to Judge Gullett.

In doing so, the Court criticized the trial-court judge for “failing to address Defendant’s argument that the prosecutor’s comments about ‘tone of voice and those types of issues … go to racial stereotypes also.’ ” Because Judge Gullett “did not mention Defendant’s specific assertion that this reason suggested racial bias,” the Court held, “[w]e … cannot discern how this contention factored into the totality of the circumstances under consideration by the trial court.”

Judge Gullett must now address that argument. If she rules in Alexander’s favor, he should get a new trial. If she doesn’t, the convictions will stand, but Alexander can appeal again.

This NC Decision Comes as Jury Challenges Based on Race Continue to Impact Jury Trials Across the U.S.

The North Carolina Court of Appeals compelled Judge Gullett to re-do her analysis of Alexander’s objection to the way the prosecutor struck the only Black juror in the jury pool. While it wouldn’t be surprising for folks to doubt that whether there’s even a chance she will change her decision, the appellate court’s intervention is still important — and rare.

Earlier in 2020, the LA Times published a story on a UC Berkley study that found that California prosecutors routinely strike Black and Latino jurors without consequence. And, even on appeal, claims that jury challenges were based on race often don’t make a difference.

The study, called “Whitewashing the Jury Box,” was led by UC Berkley Law Professor Elisabeth Semel. It examined approximately 700 cases from 2006 to 2018. The statistics from those cases are staggering. In 72% of them, prosecutors peremptorily challenged Black jurors. They challenged Latino jurors in 28% of them. In less than 4%, they challenged Asian Americans. And, in 0.5% — one half of one percent — they challenge White jurors.

You might wonder how these statistics compare with California’s racial demographics. While not a perfect comparison, U.S. Census data shows just how skewed these numbers are. According to the Bureau’s 2019 population estimates, roughly 72% of the state are White, 39% are Hispanic or Latino, 16% are Asian American, and just 6.5% are Black.

What’s even more alarming from the study, however, is the explanations for the peremptory challenges that the study found. “Prosecutors in these cases successfully used their peremptory challenges against African Americans because they had dreadlocks, were slouching, wore a short skirt and ‘blinged out’ sandals, visited family members who were incarcerated, had negative experiences with law enforcement … or lived in East Oakland, Los Angeles County’s Compton, or San Francisco’s Tenderloin,” the report said.

Prosecutors used similar reasoning for Latino jurors, too, according to the report. They peremptorily struck jurors for frowning, appearing confused, wearing earrings, having a friend or family member that they believe was wrongly accused of a crime, and — ironically — believing that the criminal justice system treats people differently based on race.

Yet, the report explained, these suspect challenges routinely result in convictions and are almost always overlooked on appeal. According to the report, the California Supreme Court reviewed 142 cases with alleged jury discrimination over the past 30 years. But it only found violations in three of the 142. That 2% success rate extends to the California Court of Appeal as well. From 2006 to 2018, the court found legal error in just 18 of 683 cases.

Some lawmakers and judges want to see the rules for jury challenges based on race change. In California, for example, California Supreme Court Justice Goodwin H. Liu frequently calls for reforms to eliminate bias in jury selection. And, earlier this year, the state’s Supreme Court Chief Justice, Tani G. Cantil-Sakauye, announced the creation of a jury selection work group. She tasked that group with studying whether the state needed changes to reduce impermissible discrimination in jury selection. But that group’s work stalled before members were even appointed because of COVID.

Also in California, one of the state’s lawmakers, Shirley Weber (D-San Diego) introduced a bill, AB 3070, before the state’s Assembly on this issue. The bill would change the rules that apply when a defendant challenges a prosecutor’s decision to strike a juror based on race. The bill passed the Assembly, but it waits for further action.

Until measures like these succeed, though, prosecutors maintain the ability to strike jurors. Sure, the U.S. Supreme Court has ruled that the practice is unconstitutional. But with courts letting prosecutors get by with explanations based on jurors’ “tone of voice,” dreadlocks or even “blinged out” sandals, it’s not surprising that the public is trusting the court system less than it has before.