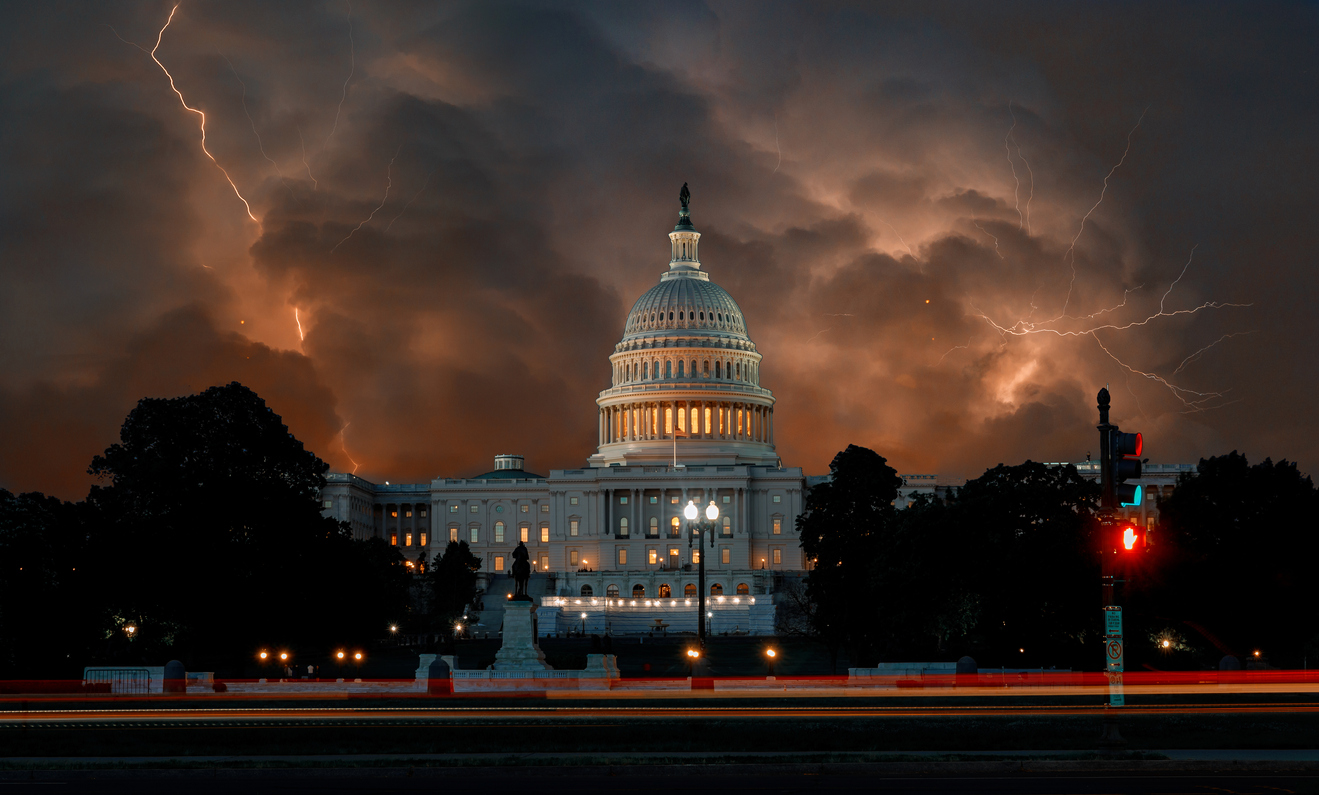 Criminal justice reform has bipartisan support. It’s as simple as that. Whether it be something like the First Step Act or something like prison conditions, you should be able to find support for reform no matter whether you’re a Republican, a Democrat or fall somewhere in between.

That’s true outside of D.C. anyway. But once you make your way into our nation’s capitol, it’s tough to get Republicans to support policies supported by members of the Democratic Party—even if the majority of public and the majority of both parties’ voters support the policies. And, right now, there isn’t a better example of this gap in logic than when it comes to closing the sentencing disparity between offenses involving crack and powder cocaine.

The disparity in cocaine sentencing has roots dating back to the 1980s.

The so-called “War on Drugs” got its start in the 1970s under former President Richard Nixon. Once the 1980s came around, fears of a supposed crack-cocaine epidemic ran wild. And those fears went from theoretical to real for many after the death of college basketball star Len Bias. He overdosed on cocaine while celebrating his selection as the first pick in the NBA draft. The public wrongly assumed that he overdosed on crack cocaine, and the rest is history. Countless vote-hungry politicians saw a chance to score political points, and it wasn’t long until the Anti-Drug Abuse Act of 1986 was signed into law.

The list of criticisms of the Anti-Drug Abuse Act seems endless, but lawmakers’ decision to impose greater punishments for crack-cocaine offenses than powder-cocaine offenses at a 100:1 ratio stands alone. In reality, this meant that five grams of crack cocaine triggered a five-year mandatory minimum. So did 500 grams of powder cocaine. And you’d face a ten-year minimum for 50 grams of crack cocaine. That was the same mandatory minimum as for five kilograms of powder cocaine. The racist consequences that came with this disparity were fairly visible out of the gate, yet it took decades for lawmakers to do something about it.

It took all the way until 2018 for Congress to begin to right its decades-old wrong.

But the Fair Sentencing Act wasn’t retroactive. This meant that someone sentenced for an offense involving crack cocaine in the 1980s, 1990s and even the 2000s would still suffer under the 100:1 ratio—even after Congress recognized the need to fix it. That’s where the First Step Act of 2018 came in. Congress passed, and former President Donald Trump signed into law, the First Step Act, which they billed as the most significant criminal justice reform in decades.

While its implementation has been spotty at best—so much so that lawmakers have now proposed the First Step Implementation Act of 2021, a bill aimed at fixing problems with the First Step Act—the First Step Act included one monumental provision aimed at cocaine sentencing: It made the 18:1 ratio retroactive. This opened the floodgates for people to have courts unwind the wrongs of the 100:1 disparity, and they took advantage of it.

Yet the 18:1 ratio still treats crack and powder cocaine differently for no reason.

But the 18:1 ratio isn’t a magic one. And some lawmakers rightly don’t want to stop there. That’s where the Eliminating a Quantifiably Unjust Application of the Law (“EQUAL”) Act comes in. Proposed by U.S. Senator Dick Durbin (D-IL) and U.S. Senator Cory Booker (D-NJ) and supported by President Joe Biden, the law would reduce the disparity in sentencing between crack and powder offenses all the way to 1:1.

“For over three decades, unjust, baseless and unscientific sentencing disparities between crack and powder cocaine have contributed to the explosion of mass incarceration in the United States and disproportionately impacted poor people, Black and Brown people, and people fighting mental illness,” Sen. Booker said in a statement. “At a time of expanding awareness of the realities of our unjust drug laws and growing consensus for changing them, I encourage my colleagues to support the EQUAL Act as a necessary step in repairing our broken criminal justice system.”

Sen. Booker is right about the growing consensus for changing cocaine sentencing. U.S. Senator Chuck Grassley (R-IA) proudly recognizes the broad public support for ending the disparity in sentencing on his website even. “Poll Shows Americans Overwhelmingly Support Prison, Sentencing Reforms,” the headline reads. As Sen. Grassley notes, 74%—practically three out of every four Americans—support making retroactive adjustments for sentencing disparities between crack and powder cocaine offenses. This wide-ranging support is significant, and Sen. Grassley is someone who understands that.

Sen. Grassley has led the way but is starting to get cold feet.

But there’s a big difference between D.C.-style progress and the progress that the American people are looking for. Indeed, as the Sioux City Herald’s James Q. Lynch points out, even Republicans in his home state of Iowa overwhelmingly support ending the disparity. According to a Justice Action Network poll cited by Lynch, 74% of Iowa voters support the EQUAL Act. This 74% figure isn’t dominated by Democratic voters or even moderates. Instead, approximately 70% of Iowans who identify as strongly conservative and 68% of Iowans who voted for former President Donald Trump support the legislation, too.

Sen. Grassley’s hesitancy paints a grim picture for the future.

As one of the influential, if not the most influential, voices on criminal justice reform in the Republican Party, Sen. Grassley’s wavering, coupled with his inability to garner support for reform measures he openly supports, paints a grim picture for a Congress that seems bent on pursuing bipartisanship to the detriment of Americans depending on these widely supported reform measures.

Although Sen. Grassley hasn’t completely closed the door on treating crack and powder cocaine the same, he’s been open with his reluctance. According to public comments he’s made while the EQUAL Act has been pending, he wants to make sure other factors like recidivism, addiction and violent crime are considered as well. Earlier in the summer, he commented that reform measures must both be “fair” and also “prioritize public safety.” While these comments are undoubtedly true—not just for Republican lawmakers but for everyone—they don’t give advocates anything to work with to accomplish the changes the public overwhelmingly supports.

These issues are complicated, but Congress feels more and more out of touch.

To be fair, the answers to some of those questions are complicated. For example, it’s true that crack cocaine can be highly addictive. But it’s been nearly four decades since Congress passed the Anti-Drug Abuse Act of 1986. If a 100:1 ratio didn’t have a deterrence effect over the past three and a half decades, it’s hard to imagine a few years of an 18:1 ratio will do the trick. And, if it was going to do the trick, why hasn’t it already done it? After all, the Fair Sentencing Act of 2010 is now more than a decade old.

In reality, these issues are more complicated on paper than they are in real life. And they illustrate a problem with D.C. politics that is getting worse. Everyday there is new polling supporting the notion that roughly three out of every four Americans support the EQUAL Act. Much like Iowa, this poll from Utah shows that the bill is popular even with the most conservative Republican voters. But polls routinely show that Republican voters support proposals—”Medicare for All” is a good example—that even moderate Democrat politicians are adamantly against.

So why is it that D.C. politicians don’t support bipartisan criminal justice reform measures that the public does? That’s a good question. And it’s one worth asking over and over again as the upcoming election season grows near.