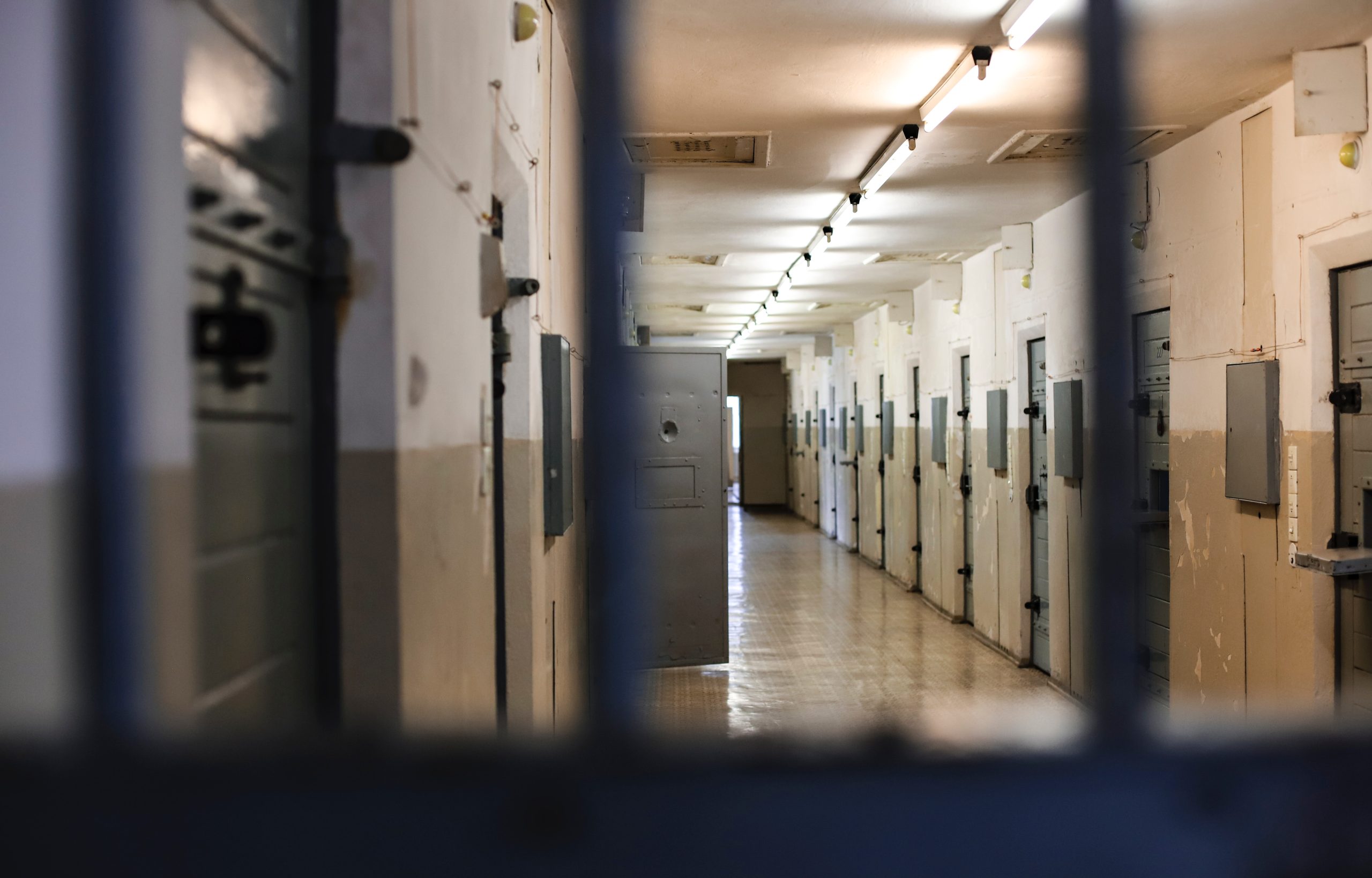 The implementation of First Step Act (FSA) Time Credits by the Bureau of Prisons (BOP) and Department of Justice (DOJ) has been a mess. But it’s getting better. Earlier this year, the DOJ announced that it

In addition to this progress, two federal courts — one in Tennessee and one in Alabama — have pushed back against the BOP’s most recent efforts to slow the implementation of FSA Time Credits. First, in a case called Dyer v. Fulgam, U.S. Magistrate Judge Kathleen Kay required the BOP to apply leftover FSA Time Credits to a prisoner’s term of supervised release in addition to his time on home confinement. Similarly, in a case called Stewart v. Snyder, U.S. Magistrate Judge John H. England, III, required the BOP to recalculate FSA Time Credits every 60 days to make sure it was releasing people on time.

Considering the direction Attorney General Merrick Garland, the DOJ, the BOP and all of these judges are heading on FSA Time Credits, you’d think the court decisions on this issue would sound the same. But they don’t. In fact, some judges are heading in the opposite direction. U.S. Magistrate Judge Dennis M. Cota from the Eastern District of California is one of those judges.

Judge Cota dismissed a federal prisoner’s habeas petition under 28 U.S.C. § 2241, and the dismissal should have been unremarkable.

In a case called Alcaras v. Thompson, Judge Cota made it clear your ability to benefit from the FSA Time Credits you’ve earned depends entirely on the judge your case ends up in front of. The Alcaras case, like almost all other cases involving disputes over FSA Time Credits, arose out of a petition for a writ of habeas corpus filed by someone in BOP custody pursuant to 28 U.S.C. § 2241.

Efrain Cardenas Alcaras, a federal prisoner incarcerated at FCI Herlong, claimed that he had earned, but the BOP did not apply, enough FSA Time Credits that would entitle him to a release to home confinement and asked Judge Cota to order the BOP to apply the time credits accordingly. In response, the DOJ asked Judge Cota to dismiss the petition for two reasons.

Usually, a judge’s decision to dismiss a habeas petition under 28 U.S.C. § 2241 like Judge Cota’s would be unremarkable. But Judge Cota didn’t stop there. Instead, Judge Cota also considered the DOJ’s argument that Alcaras’s petition “fails to state a claim upon which relief can be granted because the Bureau of Prisons (BOP) hassle discretion to place an inmate in end-of-sentence transition programs.”

Rather than dismiss the petition for failure to exhaust, Judge Cota gave the BOP the caselaw it needs to deny FSA Time Credits.

Specifically, the DOJ argued that a federal court “lacks jurisdiction to review BOP discretionary, individualized, decisions concerning release to home confinement and application of time credits.” According to the DOJ, the application of FSA Time Credits falls entirely within the BOP’s discretion because “any decision regarding First Step Act sentence end-phase programming (home detention)” requires that “the Attorney General, via BOP, must make inter alia determinations regarding costs, savings, and further find that the offender, if eligible, does not pose a risk of engaging in future criminal conduct or is otherwise a danger.”

Judge Cota bought this argument completely: “The Court finds this argument persuasive.” According to Judge Cota, “the FSA provides a mechanism for the BOP to exercise its discretion concerning credits and early release.” Therefore, he concluded, Alcaras’s petition for writ of a habeas corpus under 28 U.S.C. § 2241 did “not state a claim upon which relief can be granted….”

In other words, Judge Cota’s decision relies on two conclusions:

Both conclusions are plainly wrong.

Federal law clearly states that FSA Time Credits “shall be applied,” which means “the BOP is required to” apply them.

The first conclusion Judge Cota’s decision relies on is that “the FSA provides a mechanism for the BOP to exercise its discretion concerning credits and early release.” That is plainly wrong. On numerous occasions, the FSA clearly states that the BOP “shall” apply FSA Time Credits to the sentences of those who have earned them.

For instance, in 18 U.S.C. § 3632(d)(4)(C), the FSA states that “[t]ime credits earned … by prisoners who successfully participate in recidivism reduction programs or productive activities shall be applied toward time in prerelease custody or supervised release.” Or, as U.S. District Court Judge Frank W. Volk put it recently in a case called Parrish v. Young, “the BOP is required to provide rewards to eligible inmates for competition of certain programs.”

The second conclusion Judge Cota’s decision relies on is that Alcaras’s petition for writ of habeas corpus under 28 U.S.C. § 2241 “does not state a claim upon which relief can be granted….” That is plainly wrong, too. In fact, habeas petitions are exactly the type of filing that someone in prison must use to challenge the BOP’s application of FSA Time Credits. But don’t take my word for it. Listen to what federal courts have said about habeas petitions.

For example, the United States Courts website tells incarcerated people on its Petition For A Writ Of Habeas Corpus Under 28 U.S.C. § 2241 Instructions to use it if “you are a federal prisoner and you wish to challenge the way your sentence is being carried out (for example, you claim that the Bureau of Prisons miscalculated your sentence or failed to properly award good time credits).”

As another example, consider guidance from the U.S. District Court for the District of Minnesota in its Pro Se Guidebook. In that guidebook, the U.S. District Court advises the use of habeas petitions under 28 U.S.C. § 2241 for “a federal prisoner who believes that the BOP has miscalculated his sentence, wrongfully withheld ‘good-time credits,’ or is otherwise unlawfully delaying the prisoner’s proper release date.”

If Judge Cota’s view prevails, the availability of FSA Time Credits will depend entirely on whether the BOP wants them or not.

No matter your views on politics or criminal justice reform, no one can reasonably dispute that the implementation of FSA Time Credits has been a mess. The FSA authorized the BOP to start applying them at the end of 2018 when the FSA became law. The BOP didn’t. Instead, with almost unanimous court approval, the BOP waited until the very last minute to start applying FSA Time Credits.

But, because the BOP’s original approach to FSA Time Credits was so unworkable, the DOJ had to backtrack and completely revamp the way the BOP calculated FSA Time Credits. And, even with the new and improved approach, the BOP and DOJ still acknowledged that they would struggle with retroactively applying FSA Time Credits that people had earned in the three-plus years since the FSA’s enactment.

Even after all of that, however, it appeared as though the implementation of FSA Time Credits had turned a corner. The DOJ and BOP started applying FSA Time Credits and releasing people, and courts started demanding that the BOP apply FSA Time Credits as required by the clear statutory language found in the FSA.