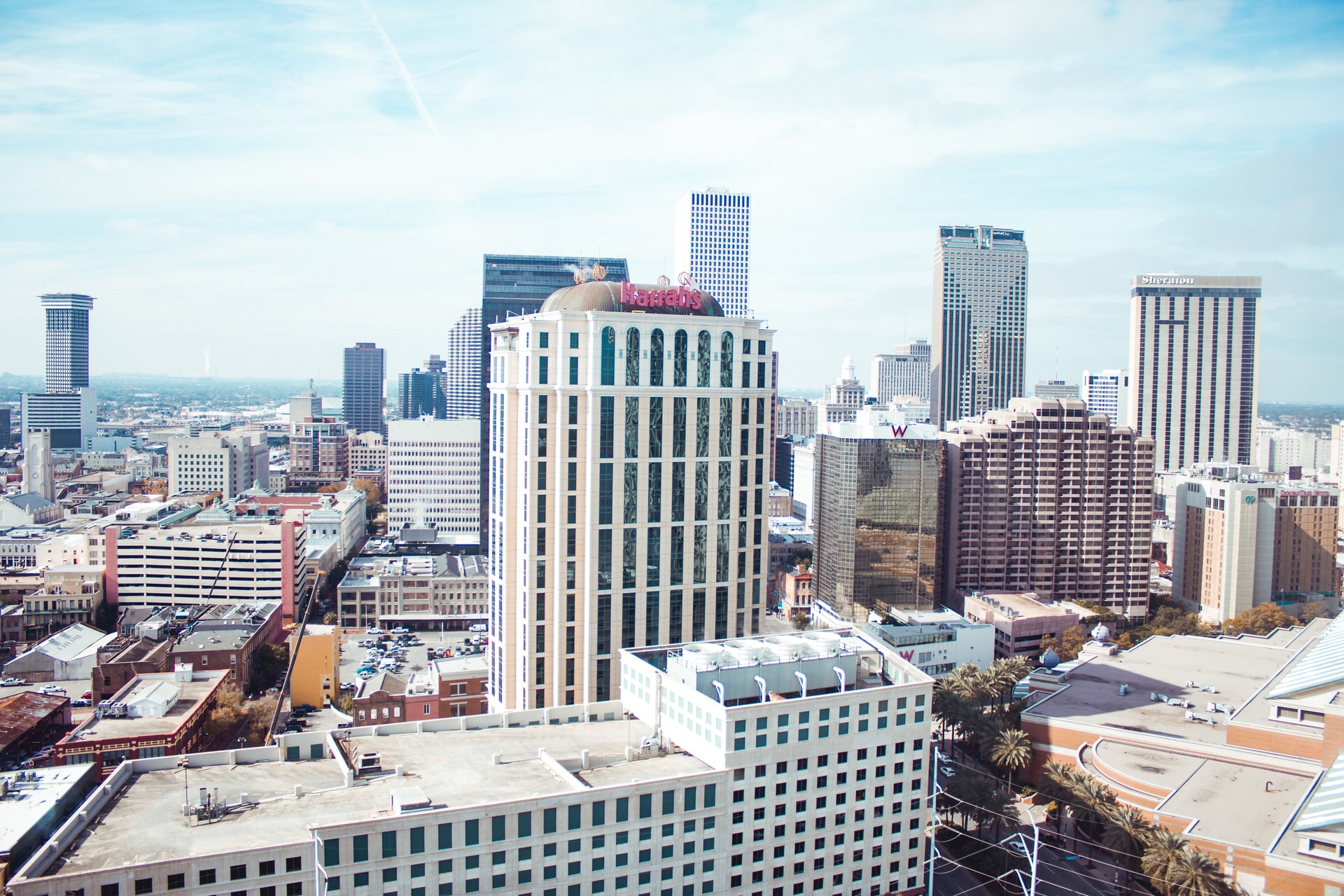 The conversation around cash bail reform and monetizing freedom just got a lot more colorful. Literally. That’s because artist Journey Allen partnered with Orleans Parish Prison Reform Coalition (OPPRC) to create a mural about the practice. Allen used her artistic voice to comment on the injustice tied to cash bail policies. The artwork helps humanize an issue that prosecutors and lawmakers have been targeting with more urgency over the past twelve months.

Policies are popping up around the United States to end money bail.

Part of the criminal justice reform sweeping the country includes a hard look at cash bail. Activists and local leaders are calling attention to the use of monetary bail requirements and how it unfairly targets those in poverty. Many of those in jail and prison pretrial are there because they cannot afford to post bail. This could mean weeks or even months behind bars without ever standing trial.

The legislative process is complex and, at times, lengthy. That’s why some prosecutors aren’t waiting for new regulations around cash bail. They’re simply not seeking it in many of their cases. In the past few months, prosecutors in Los Angeles and Ann Arbor have publicly announced that they will no longer seek cash bail in most cases. Some states are taking the lead and passing laws to eliminate or reform cash bail policies.

Illinois updated its cash bail policies in February 2021, effectively eliminating the practice for all but violent crimes and cases that are high-risk for escalation like domestic violence. California has been trying to eliminate cash bail since 2018. Voters have shown support but the most recent measures have failed. That hasn’t stopped legislators from trying again. A recent bill wouldn’t end cash bail entirely, but the revisions may find more favor with voters. Michigan and Nevada may soon pass bills of their own, too.

New Orleans got a head start on bail policies.

The Orleans Parish Prison Reform Coalition pushed for cash bail reform in 2017, and their efforts paid off. According to a statement on their website, 90% of those in Orleans Parish Prison were pretrial. Most of those incarcerated people remained in prison because they couldn’t afford bail. That means that only 10% of incarcerated people had been convicted of a crime. OPPRC drafted an ordinance that the City Council ultimately passed unanimously.

Though the ordinance did not completely eradicate cash bail, it did put an end to monetary bail requirements for most municipal offenses. They continue to work with community members to further eliminate the practice in Orleans Parish. Much of their recent work borrows from a plan put forth by Vera Institute of Justice. The blueprint is designed to help lawmakers and community members understand both the impact of cash bail systems and how New Orleans can move away from monetary bail for good.

Like other cash bail reform proposals, the blueprint from Vera includes a section which requires prosecutors and judges to consider whether or not they should detain someone pretrial or release them under community supervision. They recommend that judges only detain people when they can publicly and officially identify that person as an imminent threat to the community. This would likely involve those accused of violent crimes, from domestic abuse to felony assault and murder.

In order to completely eliminate cash bail, based on the Vera blueprint, the City Council would have to agree to fully fund the court, district attorney’s office, and police department. Though this sounds like a tall order, Vera notes that reducing the number of pretrial incarcerated people would reduce staffing costs by millions. Based on their math, cash bail reform would actually save the parish money. It would also save New Orleans families more than $8 million in cash bail and court fees.

The OPPRC aren’t alone in their push for reform, either. The New Orleans Alliance for Equity and Justice (NOEAJ) has taken up the fight to end cash bail and raise awareness about the impact of cash bail on New Orleans families. They have posted a public statement to their website which lays out the facts and effects of cash bail, as well as a call for community members to sign a petition for more cash bail reform.

In their statement, they argue that cash bail is unconstitutional. They also break down the numbers. In 2015, Orleans Parish brought in $4.5 million in bail, fines and fees, but housing people pretrial cost the city $6.4 million. This lines up with OPPRC’s claim that cash bail reform really would help the city as much as it helps community members.

Journey Allen and students created a two-panel mural to capture the impact of cash bail on families.

Across the street from two bail bonds offices, Journey Allen and her students created a colorful mural. The work, titled “Innocent Until Proven Guilty,” was commissioned by OPPRC as part of their effort to completely eliminate cash bail. One panel features a Black woman praying over a mason jar with coins and a few dollars. Above her is a bright halo reminiscent of religious artwork from the Middle Ages. Arcing the halo the words “Innocent Until Proven Guilty” repeat.

A few feet to the right, another image features a woman of color in prison orange. She holds a phone to her ear, her eyes on the ground. Circling her head is a halo similar in color and style to that behind the Black woman. This bridges the two images, implying that both are holy in their own right. Across from the woman in orange, a young girl cradles a teddy bear. Connecting the two is a spiral.

The words inside the spiral include “recidivism, homelessness, separation, unemployment, foreclosure, suffering, loss of custody.” All of these words reflect impacts outlined in the statements by both OPPRC and NOAEJ. The image literally and figuratively brings the commentary full circle. Allen and her students humanize the issue of cash bail reform. They also echo the language of ordinances and proposals that City Council members are weighing.

­­­Journey Allen and her students made sure to show the people of New Orleans experiencing joy, too.

While one panel targets the justice system explicitly, the other is focused on capturing the joy that New Orleans community members feel. “It’s basically people enjoying themselves,” explained Kaia Preston, one of Allen’s students, speaking of a panel that features parades and Carnival. “Until something happens and she goes to jail.”

Here, Preston refers to the panels described above, which are just around the corner from the first panel. The positioning of the two panels is jarring and impactful. From one street, only the joy of New Orleans is visible. From another, viewers are limited to images of sadness and a family broken apart. The two experiences are steps away from one another, highlighting how quickly cash bail systems can alter an individual’s life.

Journey Allen and her students manage to capture the happiness, fear, and anguish driving cash bail reform initiatives in just a few images. But the message is clear: it’s time for New Orleans to get serious about ending cash bail for good.