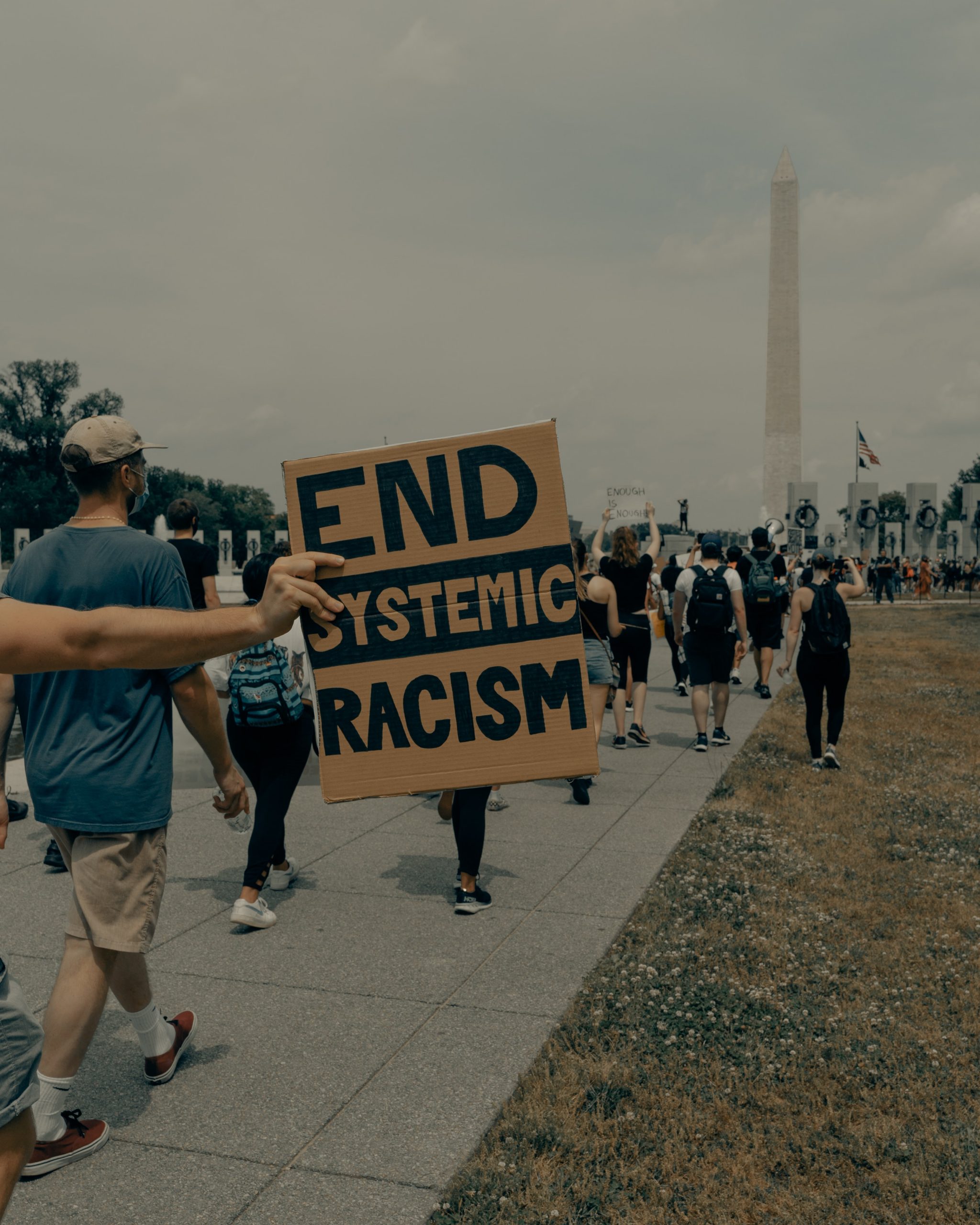 George Gascón, the newest district attorney for Los Angeles County, has taken a bold stance on criminal justice reform. He will not seek cash bail for most crimes. Gascón also refuses to seek the death penalty. He says he will review old cases where prosecutors successfully sought the death penalty. The DA joins a growing number of prosecutors who are eliminating cash bail and death-penalty sentencing in their districts. While some call his stance progressive, others worry that it will embolden criminals and endanger the community.

Protests rocked the nation throughout 2020. Most centered on police brutality and the fact that Black citizens died during routine interactions with police. While these protests have been a mainstay in the news cycle since police in Ferguson, MO, shot 18-year-old Mike Brown in the back, in 2020 advocates increased calls to defund police departments. Lawmakers and nonprofit organizations offered dozens of solutions to address mass incarceration, mandatory minimums and racial inequity in the prison system.

On average, three out of every four people in jail hasn’t went to trial. In fact, almost 80% of the national prison population has not been convicted of any crime at all. Most of those held pretrial are unable to post bail, effectively criminalizing poverty. Constitutional scholars also note that, in many cases, states violate rights when pretrial prisoners remain behind bars for months or even years while prosecutors build their cases. Incarcerating individuals until trial can have a severe emotional and economic impact on families and communities. That’s why more and more district attorneys have announced plans eliminating cash bail in their cities.

Though many commonly refer to these policies as “no cash bail” policies, the moniker is misleading. To date, no prosecutor has fully eliminated cash bail in their district. Instead, they use data about recidivism to prepare guidelines for which criminal defendants must post cash bail. In most cases, prosecutors choose not to seek cash bail for misdemeanors and non-violent felonies. Certain crimes, such as domestic abuse, have high recidivism rates and may carry stricter guidelines for pretrial release. The goal is to minimize the impact on those awaiting trial without jeopardizing community safety.

Prosecutors are ready to admit that the cash bail system monetizes justice and disproportionately keeps BIPOC individuals in jail until trial.

“We will be the largest office in the nation to eliminate cash bail,” says George Gascón. Part of his plan will focus on decriminalizing poverty and mental health. According to his office, Gascón will not charge certain low-level crimes for first-time offenders if those crimes are related to poverty, mental illness, addiction, or homelessness. “We simply cannot continue to apply criminal justice solutions to what is a public health problem,” he argues.

Instead, Gascón plans to redirect these offenders to behavioral health services. This mentality reflects a major facet of the movement to defund the police. Proponents of abolishing the police argue that many emergencies are not criminal in nature. They are a result of individuals struggling with addiction and mental health issues. As such, professionals trained to help those in mental health crisis or struggling with addiction should respond instead of the police.

Of course, many with mental health or addiction issues are repeat offenders. Gascón may charge these individuals, but he still will not seek cash bail in most cases. This will allow offenders to continue receiving mental health services outside prison. They can also continue to work until they stand trial. Gascón seems to understand that two of the biggest problems with pretrial incarceration are that prisoners do not have adequate mental health care and cannot provide for their families.

The death penalty has long been one of the most controversial issues in the American justice system. It has even become a staunchly bipartisan issue, with most Democrats opposing the death penalty and most Republicans in favor of it. Arguments against the death penalty often center on Eighth and Fourteenth Amendment rights as well as moral concerns. Those who want to abolish its use cite numerous reasons that state-sponsored executions qualify as cruel and unusual punishment.

Many on death row also suffer from mental illness, calling mental competency rights into question. Opponents even point out the enormous fiscal drain that death row status and executions put on state and federal prison budgets. For social justice advocates, the biggest issue is that minorities are far more likely to receive the death penalty that white defendants are.

The American Civil Liberties Union (ACLU) points out that, while half of all murder victims are White, 80% of cases where prosecutors seek the death penalty involve White victims. That means that prosecutors seek capital punishment largely along racial lines. This is especially true when a non-White defendant murders a White victim.

Gascón is aware of the issues surrounding the death penalty, and he says that he will not seek the death penalty in any case. “[The death penalty is] not just off the table going forward. I am committed to re-sentencing those currently on death row to life in prison,” he says. This reflects a promise Gascón made throughout his campaign.

Mass incarceration is directly linked to excessive sentencing, including life without parole and death penalty sentences, which could keep prisoners behind bars for decades.

“California’s mass incarceration can be tied directly to enhancements and the extreme sentencing laws of the 1990s,” Gascón says. “Anyone serving a sentence including an enhancement, or three strikes allegation, will be eligible for reconsideration.” He will have help from the University of California, Irvine. They will help review use-of-force cases and extreme sentences to determine if prisoners are eligible for re-sentencing.

The Los Angeles Police Department is one of the most recognized police forces in the world. Though many consider the LAPD the premier training organization for urban policing, police brutality claims plague the department. Most remember the LA riots following release of video showing Rodney King brutally beaten by several officers. This incident got international attention, but the reality is that it continues to reflect an enduring conflict between police and LA residents. To address this, Gascón is expanding the Conviction Integrity Unit to investigate almost all cases where defendants claim innocence or wrongful conviction.

The initiatives put forth by Gascón reflect a progressive agenda favored by many leftists in justice reform. Still, some argue that what the district attorney is doing will hurt communities. LA’s Police Protective League issued a statement opposing Gascón’s plans, saying that “The new DA talks a good game, but his plans will do nothing but further victimize Los Angeles residents, especially Black and Hispanic residents who currently make up 70% of violent crime victims.”

While eliminating cash bail for low-level crimes will not affect pretrial individuals accused of violent crimes, some believe the policy will embolden criminals because they see It as a soft stance on crime. “He’s not gonna be prosecuting low-level crimes…The question is, will the low-level offenders feel more empowered to commit those crimes? Will that affect the residents of Los Angeles County?” questions attorney Lou Shapiro. But even he acknowledges that these fears are simply created based on speculation.

The Los Angeles DA’s office is the largest office to get rid of cash bail and refuse the death penalty. Smaller jurisdictions, though, have shown that these policies do not result in higher crime rates. It’s too soon to tell whether or not LA will experience the same success. That’s enough to frighten many in California. More than 800 district attorneys working under Gascón plan to file a complaint with the state bar. For his part, Gascón is pushing back. He is reprimanding DAs who use court records to create a paper trail that says they are prohibited from seeking sentence enhancements.

The critics are not just in LA county. Attorneys and voters across the state have reservations about such a progressive approach to criminal justice.

Todd Spitzer, an Orange County district attorney, is calling out Gascón for being reckless. “The policies he wants to implement are so far off the reservation. That they’re not been tested and that there are so many changes coming simultaneously are a recipe for absolute failure,” Spitzer says. His comments mirror sentiments from Los Angeles County Deputy District Attorney Jon Hatami, who says that many DDAs are terrified. Hatami claims that people are attending hearings and recording what the DDAs say.

Even California voters are wary of change. In 2020, they rejected a bill that would effectively eliminate cash bail statewide. The bill was signed into law in 2018, but opponents continued to question it publicly. They called on voters to make their voices heard during the general election in 2020. Just over 55 percent of California voters chose to keep current cash-bail policies in place. Of course, some criminal justice experts say that Californians do not oppose eliminating cash bail on principle.

“SB 10 is not the model for pretrial justice and racial equality that California should strive for,” stated three California ACLU affiliates. “Make no mistake, the bail industry is not interested in equal justice or equal protection under the law,” added Abdi Soltani, executive director of the ACLU of Northern California. These groups oppose cash bail policies, but note that SB 10 gave far too much discretion to judges. Gascón is not leaving cash bail decisions up to the courts; his policies reflect and address the concerns expressed by many progressive opponents of SB 10.

Where Do We Go From Here?

All eyes will be on the LA District Attorney’s office for the foreseeable future. The new policies took effect on Jan. 1, 2021, but it may be months or even years before the impact is evident. Gascón will either prove that eliminating cash bail and the death penalty work or fuel the fears of his opposition. The result could have a lasting impact on justice reform across the country.