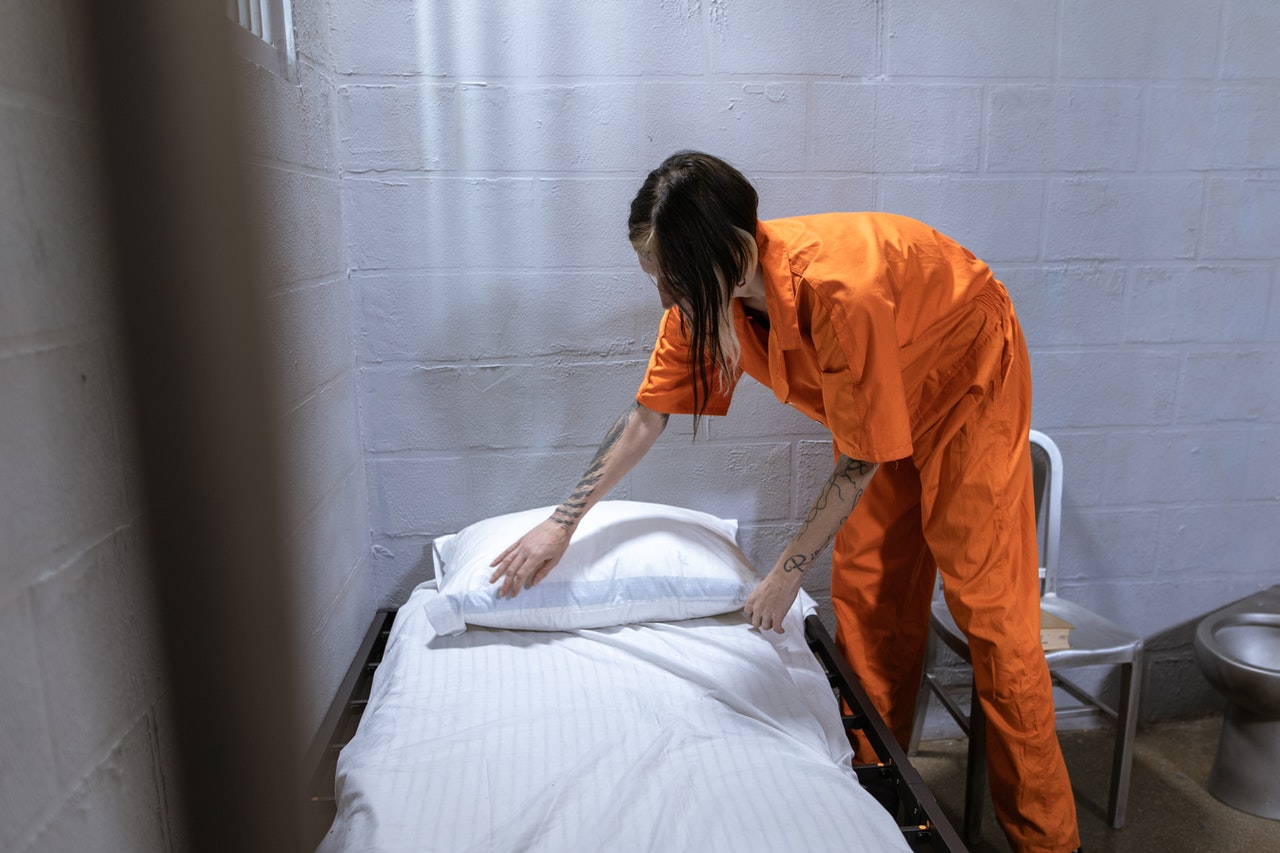 Women account for only 10.4% of the incarcerated population in the United States. Yet they often face issues that are unique to them in jails and prisons. These issues, such as lack of access to essential medical supplies, are often overlooked. Now, a new bill in Mississippi looks to confront some of the issues with women’s incarceration in the state.

Many states have only one women’s facility. That means that, for most women, they only have one option for housing. Men in most states can transfer between facilities to find a better housing fit and avoid dangerous situations. But women in these states don’t have that option. If they encounter problems with staff or other prisoners, they are unlikely to be able to move.

Another major difference has to do with childcare. More than 60% of women housed in state prisons are the primary caretaker of one or more children. That compares to 44% of men. When it comes to jails, that number jumps up to 80% for women.

Issues around pregnancy and menstruation are prevalent in women’s prisons.

Some issues are exclusive to people who can get pregnant or menstruate. Studies estimate that at any given time, between five and ten percent of incarcerated women in the United States are pregnant. Around 2,000 babies are born to incarcerated women each year.

Yet prisons do not appear to be universally equipped to deal with these issues. According to the Bureau of Justice Statistics, only 54% of incarcerated pregnant people received some kind of pregnancy care. Fewer than half of prisons have designated policies for pregnant prisoners.

Menstruation needs are frequently overlooked in prisons. Currently, only four states supply women in prison with feminine hygiene products like pads and tampons for free. In other states, women must purchase these supplies if they are available at all. However, given the rate of pay for prison labor, this is cost-prohibitive for many prisoners.

One review of prison conditions in Texas found that 54% of prisoners didn’t have access to menstrual supplies at the time of need. Situations like these can lead to women overusing certain supplies or creating makeshift pads and tampons of their own. This lack of sanitary products can lead to toxic shock syndrome, sepsis and, in some cases, death.

A new bill in Mississippi looks to improve conditions for incarcerated women.

Lawmakers in Mississippi introduced HB 196, also known as the Dignity For Incarcerated Women Act, at the beginning of 2021. The bill opens by citing a number of troubling statistics around women’s incarceration in Mississippi and the country at large, outlining the need for the legislation. It says that the number of women in prison in Mississippi has risen by a third since 2001. The number of people under the age of 18 with a mother in prison has doubled since 1991. Children who grow up with parents in prison are six to seven times more likely to end up in prison themselves. It also points out that “prenatal care significantly improves outcomes for pregnant women and infants.”

Under HB 196, the Mississippi Department of Corrections would be obligated to ensure that each facility is stocked with “sufficient” menstrual supplies. It says that they will be supplied to low-income prisoners at no cost. In doing so, the bill implies that jails and prisons would charge for these supplies.

The bill makes a number of changes to how staff can interact with and discipline pregnant people. It prohibits the use of restraints such as leg restraints or behind-the-back handcuffs during pregnancy and for 30 days after giving birth. The bill would still allow for someone in those situations to have their hands cuffed in front of them. It also prohibits placing these people in restrictive housing, such as solitary confinement. If staff want to confine a prisoner in this way, they must submit a request 72 hours in advance.

Also included in the Dignity For Incarcerated Women Act are new post-partum guidelines. Under the bill, new mothers would be able to spend 72 hours with their newborns following birth. It also requires that facilities “make available” nutritional and hygeine products such as diapers.

The bill also attempts to make visitation easier. It prohibits the DOC from locating “parents of minor children” more than 250 miles from their permanent address. Interestingly, this language does not differentiate between men and women. It only says “parents.” It also loosens restrictions on visitations, enabling children to visit incarcerated parents twice per week.

The “Dignity for Incarcerated Women Act” is a start, but that’s about it.

The Diginity for Incarcerated Women Act does address a number of important issues around women’s incarceration in Mississippi. The bill takes important steps to creating a safer environment for women. It also makes some important concessions around issues of parenting.

State Representative Nick Bain (R-2), one of the bill’s sponsors, touted the legislation as a sign of progress. “I thought it was the right thing to do,” he said. “This was a relatively easy lift, in terms of sending a message to the Department of Justice that we’re serious about improving our standards in our prisons.”

But it’s arguable whether an “easy lift” is what people need. Like other red-state justice reforms, HB 196 seeks to improve the quality of life in prison, but it only does so marginally. And it does so by leaving a lot up to the discretion of the same people who helped create the situation at hand.

One example is with menstrual supplies. The bill only requires that the DOC make these products available. It does not require that they be free, unless a prisoner is so impoverished that they have no way of affording them.

These are supplies that people who menstruate require as much as they require food or water. Ignoring these requirements can result in serious medical conditions or even death. Even if women in prison can technically “afford” to purchase these items, they still represent a significant expense for people who make anywhere from $0.20 to $1.50 per hour.

As a state, Mississippi has ridden a message of “pro-life” en route to becoming one of the most restrictive states for abortion rights in the country. Yet, its lawmakers appear to consider only allowing a mother to spend 72 hours with their newborn “the right thing to do” and evidence of progress. If they are serious about securing “dignity” for incarcerated women in Mississippi, HB 196 will serve as a starting block and not the finish line.