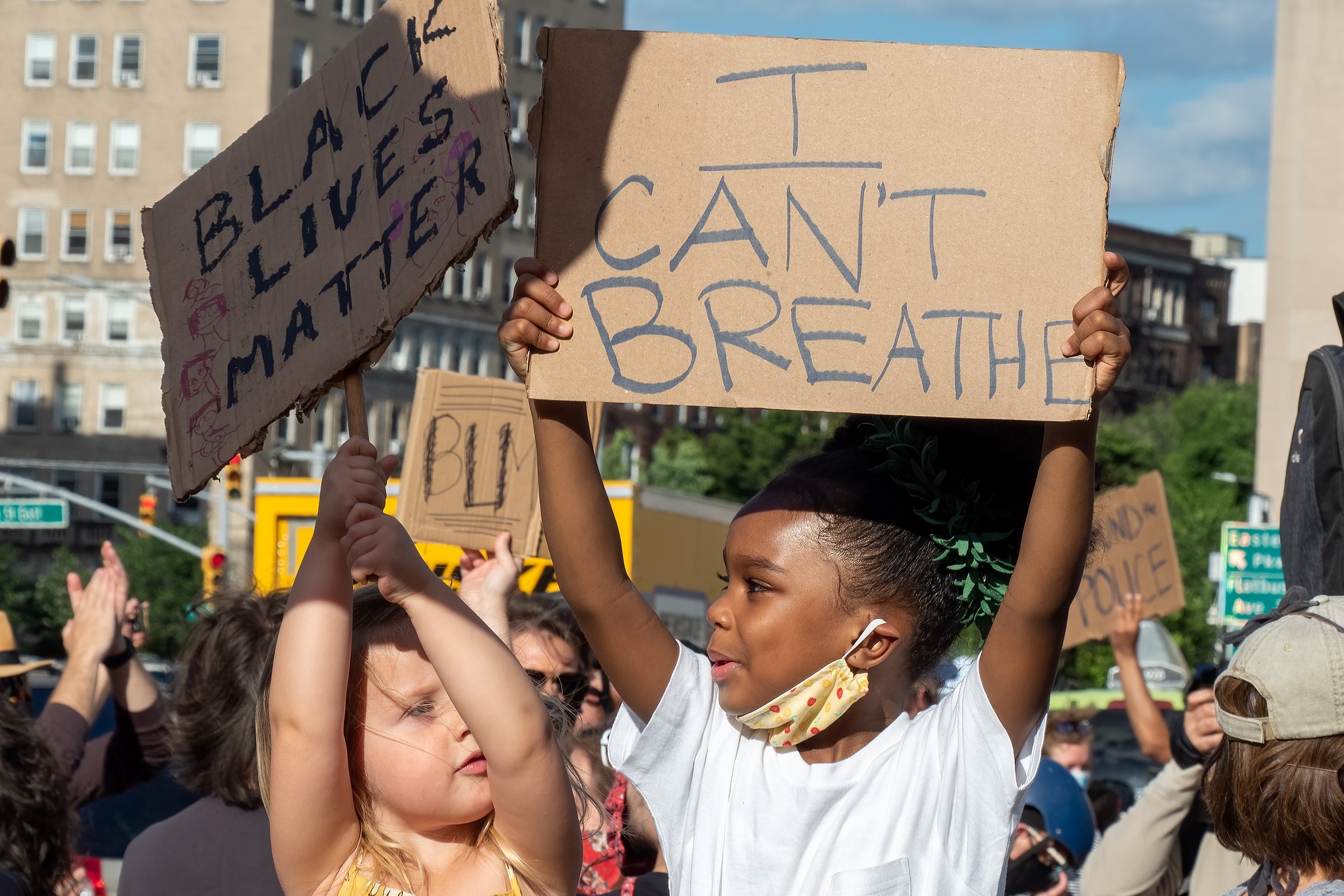 25 May George Floyd and Criminal Justice Reform: One Year Later

On May 25, 2020, former officer Derek Chauvin murdered George Floyd. Video of the incident sparked nationwide protests and public demand for justice reform. One year later, Floyd’s name has become synonymous with criminal justice reform, from new laws that ban chokeholds to omnibus bills that would significantly reshape the American justice system. Derek Chauvin awaits sentencing after a jury convicted him of second-degree murder, third-degree murder, and second-degree manslaughter. For some, the verdict signals a commitment to increased police accountability; for others, convicting Chauvin was a foregone conclusion, albeit a largely symbolic one.

On choke holds, restraints, and the death of George Floyd.

Body cameras and bystander footage captured the last minutes of George Floyd’s life. Floyd initially resisted when officers tried to put him in a squad car, begging them to detain him on the sidewalk due to his claustrophobia; still, former officer Chauvin knelt on Floyd’s neck long after Floyd stopped resisting. The footage highlights some major issues with police response. First, Floyd tells one of the responding officers that he was previously shot by police. The trauma involved in that encounter likely triggered survival instincts that Chauvin and other officers perceived as threatening.

During former officer Chauvin’s trial, the defense argued that Chauvin did what he was trained to do. Given that Floyd died as a direct result of Chauvin’s restraint method, the language itself is problematic. Beyond that, the comments invited debate about proper restraint and use of force training within the Minneapolis Police Department. According to Police Chief Medaria Arradondo, the primary issue is that Chauvin maintained his hold on Floyd even after Floyd stopped resisting. Others within the department explained that officers should avoid applying pressure to the neck whenever possible.

Even before Chauvin went to trial, police departments and legislators were drafting new guidelines; these guidelines targeted the use of force and acceptable restraints. Within two months of Floyd’s death, Minnesota lawmakers passed a bill that banned chokeholds. The hold used against Floyd is technically not a chokehold; however, the measure further prohibits “warrior-style training” which encourages officers to respond aggressively during interactions with the public. At the same time, federal lawmakers in the House passed an omnibus bill named in Floyd’s honor. That bill later stalled in the Senate.

When members of the House passed the George Floyd Justice in Policing Act of 2020, it stalled in a Republican-led Senate. Following the 2020 election, power shifted; Democrats now hold a narrow 51-50 majority, accounting for Vice President Kamala Harris’ tie-breaking vote. This inspired lawmakers to reintroduce the crime bill, now titled the George Floyd Justice in Policing Act of 2021. Again, the bill passed in the House, where Democrats maintain a stronger majority. Again, it rests in the hands of the Senate. If signed into law, the legislation would drastically change parts of the justice system.

Much of the reform relates, either directly or implicitly, to the issues surrounding George Floyd’s murder. It would effectively end qualified immunity, part of an effort to increase police accountability. The bill would also incentivize police departments to ban chokeholds by tying federal funding to the ban. Alluding to the murder of Breonna Taylor, another part of the legislation would ban no-knock warrants for all federal agencies. Unfortunately, the bill is unlikely to pass in the Senate without either significant revision or a change to the filibuster.

Federal legislation is in limbo, but local reform has spiked in the wake of George Floyd’s murder.

One of the more prevalent movements to come out of the George Floyd protests is the push to defund the police. Following Floyd’s murder, activists argued that policing in America is too entrenched in white supremacy and violence to fix the system. The solution, according to those who support defunding the police, is to reallocate funds away from police departments and towards programs that center support, treatment, and rehabilitation. Research suggests that some community programs are actually more effective than policing.

New York City initially looked to reroute more than $1 billion away from the NYPD. Pressure is now causing mayoral candidates to reverse course. Other cities are not backing down from their respective commitments, though. Austin councilmember Gregorio Casar explains that Austin’s recent reallocations “are showing the country how reinvestments from the police budget can actually make many people’s lives so much better and safer.”

Though advocates have been pushing for community programs and divestment for years, George Floyd’s murder marked a shift in the political response to those calls. Nikki Jones, a University of California – Berkeley professor, calls it a “paradigm shift.” The protests, according to Jones, “provided a new window into understanding and defining the problem of police brutality.” That window is not limited to defunding the police, either. Some states are ending qualified immunity, and local district attorneys are putting a stop to everything from cash bail to capital punishment.

It is tempting to associate former officer Derek Chauvin’s conviction with a permanent move toward police accountability. However symbolic the conviction may be, the math is not on the side of accountability. The American public is about as likely to be struck by lightning as they are to see an officer convicted of murder after killing someone in their custody. Only two percent of officer-involved shootings result in criminal charges at all. Data also suggests that common reform measures like increased police training and mandatory body cameras are ineffective.

On May 18, 2021, a North Carolina sheriff described the murder of Andrew Brown Jr. as justified despite the fact that Brown Jr. was shot in the back of the head. The department will reinstate all three deputies who fired at Brown Jr. and allow them to return to active duty. The police killings of Ma’Khia Bryant and Adam Toledo sparked renewed outrage and despair around police brutality. They also highlight key pieces of reform missing from recent legislation, such as the issues around intergenerational incarceration and justice-impacted youth.

One year after the world watched George Floyd die, the conversation around justice reform is fundamentally different. It is too soon to know which reform measures, if any, will have a lasting impact on the American justice system. As police killings continue with few indictments or legal consequences to officers, some find it difficult or impossible to have faith in policing. More and more Americans are expressing a need to stop criminalizing mental illness and addiction, to start treating people instead of incarcerating them, to prioritize life in every encounter. All in the name of George Floyd.